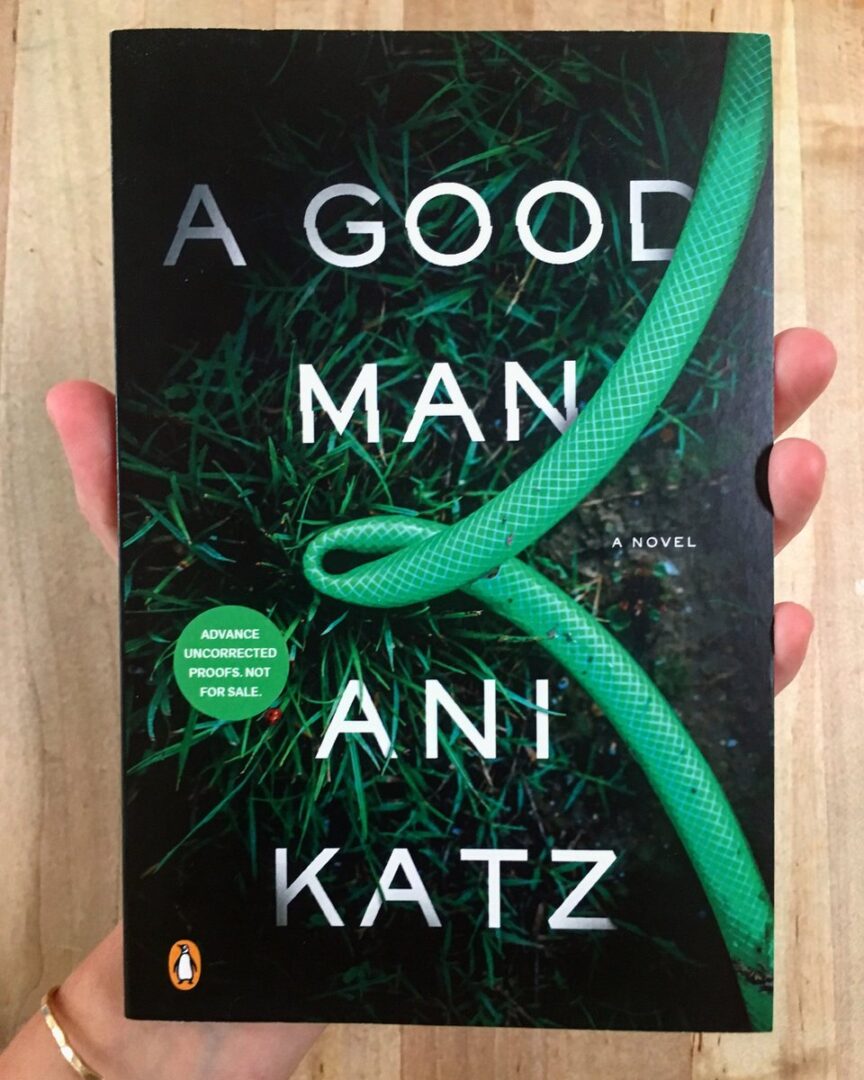 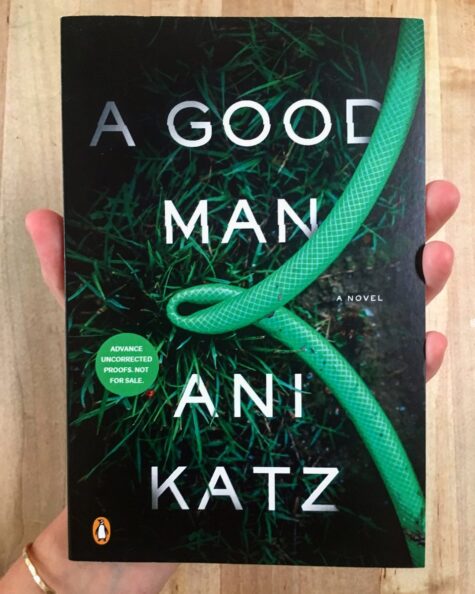 “A Good Man” is hard to find in the pages of Ani Katz’s debut novel, and you won’t find him in Thomas Martin, the narrator and successful New York ad man who can make “things like death seem clean and manageable – attractive, even.” In keeping with the death motif, he’s bought a billy club “for protection.” It ends up under his bed, this bludgeon with “a nice old fashioned look to it,” but that’s not the end of it.

Out in the burbs (much of the story is set on Long Island, where Katz grew up) Thomas brings beautiful Miri, his French Jewish fiancée, to meet the folks in their once grand, now decrepit Victorian mansion that speaks of decay and neglect, of things falling to pieces.

His creepy twin sisters, Deedee and Kit, 20 years old and “haphazardly homeschooled since the fourth grade…stroked [Miri’s] arms with quiet awe.” His mother is “a birdlike woman with yellowing teeth and ashen hair, the loose sleeves of her black sweatshirt like wings on her small frame.” She presides over a kitchen table offering a “wilting slimy salad…the picked-over carcass of a store-bought rotisserie chicken… a sextet of flies” buzzing around them. The man of this unsettling household is long gone and good riddance. Violent and a drinker, he terrorized the family and drove Thomas’s older sister, Evie, to a terrible death. And we’re only 19 pages in. Readers, get ready for a ride!

Living the good life on Long Island, Thomas is beset with expenses. There is the monthly insurance on the Benz, the Visa and Amex payments (a hefty $13,000), and his adored daughter’s private school tuition – at the tender age of 11, she’s posted a nudie of herself online. He also helps his ma and the twins. Problems escalate when a major ad campaign of his goes bust, and a coworker, a “fat bitch-whore,” accuses him of sexual misconduct. No matter if he did or didn’t, he’s out of a job.

His stilted view of women is either slut or saint. Looking through a window at Miri, his wife now, she’s a mother in a Cassatt. “She always looked like a painting,” and for the reader, not a fully formed character.

Katz uses opera, its tragic dramas and mercurial passions to underscore events in Thomas’s life. He has a particular fondness for Wagner’s “Tannhäuser,” a “sublime story of redemption,” he calls it. No doubt about it, by story’s end, this man is in deep need of redemption. At times, I found the opera references intrusive, but perhaps Katz employed them to give Thomas a cultured as well as an arrogant and cynical persona.

The storyline is fast paced, the plotting on point. The mounting tension drew me in; I wanted to know what happens.

Katz is deft at enforcing a mood, her writing rich and layered, as when Thomas thinks of Evie outside his mother’s house:

“I kick up leaves and caress rows of hedges with my outstretched hand. I pass a dead squirrel, ironed into the road like a dried flower pressed between the pages of a heavy book. I crunch up the driveway, tiny gravel exploding like fireworks from under my footsteps…”

A disturbing childhood, money worries, problems at work, his daughter on the web in the altogether, no doubt about it, the man’s got a full plate – but also not a full deck.

Was Thomas so damaged, his psyche so fragile that he could not bear up under the pressures of a money-owing, Benz-driving, Long Island-living, well-paid (he’d get another job), professional? If so, it wasn’t alluded to in the book. And so despite Katz’s quality-writing and the book’s well thought-out structure, Thomas’s breakdown and the murderous rampage (beware the club pulled from under the bed), did not make sense.

In “A Conversation with Ani Katz,” a printed interview sent with my copy of the book, the publisher asks Katz, what she wants the reader to take away.

“I want to discomfit and implicate my readers…make them feel uncomfortable, and prompt them to recognize their complicity in their consumption of stories about gender violence and murder.” Huh?! So she wrote the book to make readers feel guilty about reading it? I don’t feel guilty. Disappointed is more like it.

There is some real talent here and if there is another mystery/thriller in Katz’s playbook, I’d be thrilled if she would tone down the violence for violence sake (all that blood). And if she’s going to use music as a subtext, how about lightening it up? Instead of opera’s morbid tragedy, maybe Katz can give us “Some Old Time Rock and Roll.”