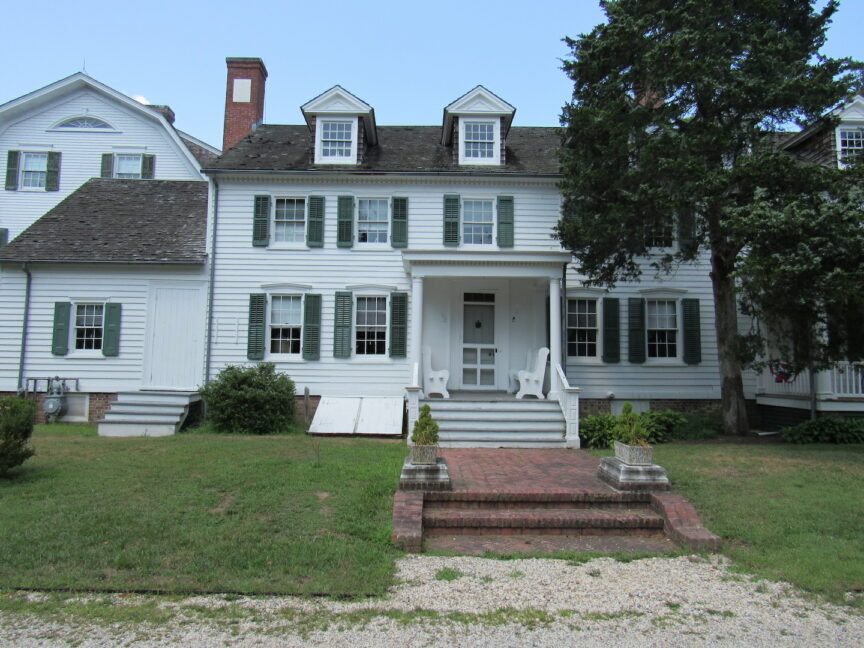 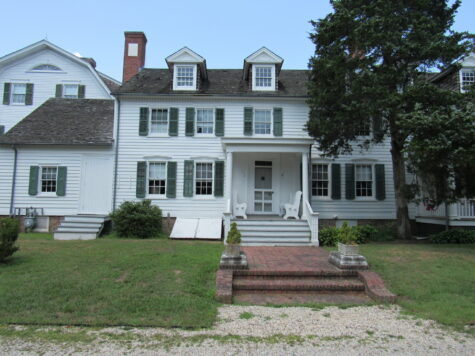 For 35 years I passed the white house set back on the north side of Montauk Highway in West Bay Shore, with the thought, ‘someday I’ll have to go there.’ And, for more than 10 years, I have listed the many events that are held at Sagtikos Manor each year in a calendar of events, with my previous job and with this publication. But like many who have never visited landmarks right in their own backyard, I never got there, until now.

First, a brief history. The Manor sits on Sagtikos Neck. The neck of land was purchased from the Secatogue tribe in 1692, by Stephanus Van Cortlandt, the first native born mayor of New York City, who built the original part of the house in 1697. After his death, the property was purchased by Timothy Carll in 1706. Jonathan Thompson of Seatuket then bought the estate for his son, Issac, in 1758. Issac married Mary Gardiner of East Hampton in 1772, and they more than doubled the size of the house by adding nine more rooms. Judge Issac Thompson was a member of Islip Town government before and after the American Revolution, and later a member of the NY State Assembly. Upon his death, the Manor was used mostly as a summer house, as his sons and grandsons built homes in New York City and other Long Island locations. 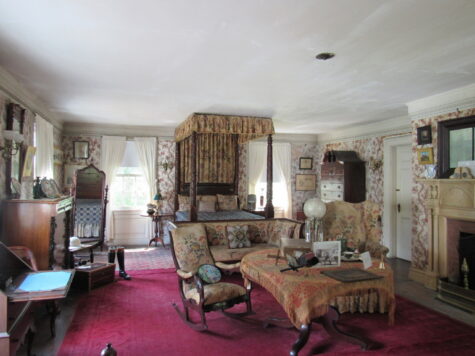 Issac’s great-grandson, Frederick Diodoti Thompson, bought out the other heirs in 1894, and became the sole owner of the 1,200 acre estate. In 1902, wanting a place to entertain on a large scale, he added the east and west wings, designed by architect Issac H. Green of Sayville, bringing the total number of rooms to 42. The last family member to live in Sagtikos Manor was Robert David Lion Gardiner (1911-2004), who deeded it to the Robert David Lion Gardiner Foundation. In 2002, Suffolk County purchased the remaining 10 acres from the Foundation to save it from developers.

Today, the Sagtikos Manor Historical Society contracts with the County to manage the estate, offering tours, educational programs and research.

Tours of the Manor House are offered from June through September. Costumed docents lead guests through 300 years of history, featuring furniture, artwork, accessories and architectural styles from the late 1600s through the mid-1900s. The house has been preserved just as it was left by Robert David Lion Gardiner, when he moved his summer residence to East Hampton in 1963.

The tour includes rooms on the first and second floors, where among the bedrooms you can see where President
George Washington slept on April 21, 1790. Washington, who kept a diary of his Long Island tour, noted this visit to Judge Issac Thompson’s home. 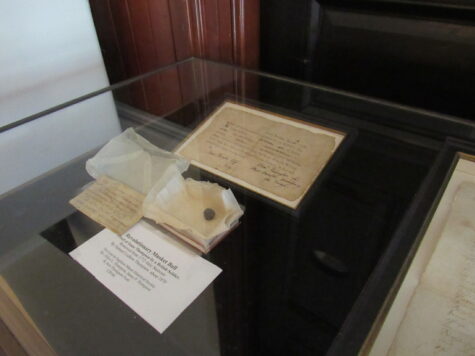 Issac Thompson, a Patriot, endured British occupation at Sagtikos Manor during the American Revolution. General Sir George Clinton, other high ranking officers and British soldiers were billeted here. On the tour, you will learn how Thompson, thought to be signaling to someone, was fired upon by British soldiers camped outside.

The musket ball lodged in a staircase in the house, and remained there until 1870, when a young family member dug it out and took it. The musket ball was returned in 2016, and today you can see it housed in a glass case in the Butler’s Pantry.

The tour begins in the Music Room, which was added in 1902, and moves to the Gardiner Parlor, part of the 1772 addition. In one of the two adjoining rooms, a campaign desk owned by Jonathan Thompson is on display, and a mail pouch that was left on the Manor porch anonymously (with a note saying it belongs there) sits on a chair. Then head upstairs to the Clinton Room and Washington’s Bedroom. Downstairs again, the Van Cortlandt Parlor, from 1697, is the next stop. The Bake Room features an oven with original bricks from Europe and Dutch tiles. The Old Kitchen displays utensils that were used before the new kitchen was built in 1902.

Also part of the 1902 renovation is the Peacock Dining Room. Frederick Diodati Thompson liked peacocks, which were considered fashionable at the time, and used them in decorating both inside and outside. The beams in the ceiling were crafted from trees that grew on the property and were originally in a barn that was razed. Fortunately, we can see the Grandfather Clock located in this room, as it was stolen before the house was opened to the public. A local resident involved in the restoration, saw the clock being driven down the street in the back of a truck. Recognizing it, he called the police and the clock was rescued. It and other items in the room still carry the police evidence tags. 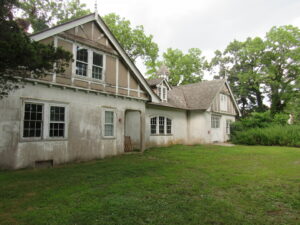 Directly above the Peacock Dining Room is the Proprietor’s Bedroom, or the master bedroom as it is called today. Originally added by and for Frederick, the large room was used by subsequent owners, but remains almost as it was during Frederick’s time.

The New Kitchen, which was updated in the 1950s, still houses the original cabinetry, some of the old tables and the servants call box. It is still a working kitchen, and one of only two rooms not used as only museum space. The other is the Laundry Room, which contains stationary tubs and flatirons on the wood stove, but doubles as the Gift Shop.

The grounds include the Walled Garden, which was commissioned by Sarah Gardiner and built in the 1930s. The red brick wall was constructed by Italian masons, and archival photos shows roses, a vegetable garden and peony runs. The center of the garden is the peacock fountain, sculpted by Mary Aldrich Frasier of Bay Shore. The long neglected garden is being restored by Friends of the Manor Gardens. Each year, The Peony Path tour is held in June.

Buried in the family cemetery are early members of the Thompson-Gardiner family including Issac and Mary Thompson. The Carriage House, built in 1924 by E.W. Howell Construction Co. of Babylon, includes a caretaker’s living quarters, stables and room for several vehicles. The Buttery was used to store perishables during colonial times. 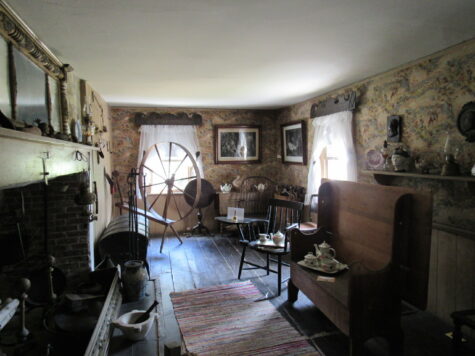 While its biggest claim to fame may be that Washington slept here, Sagtikos Manor is so much more. It’s the story of local families, some names well known, others not as recognizable; the tale of British occupation; and it is filled with 300 year’s worth of history. And, George Washington actually slept here!