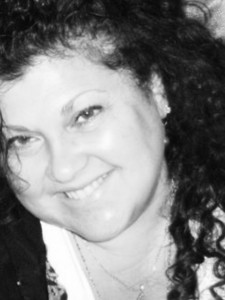 Dear Camirose,
Do people on Fire Island have their heads up their butts? The other day I took the ferry over to Ocean Beach with my friend. It was not peak time or even a busy day. We got off the ferry and started to walk down the main street. A group of about five people came out of one of the restaurants and began walking in front of us. They weren’t particularly large people, just regular people. Yet, they managed to congest the entire sidewalk, oblivious to everyone and everything, including the fact that no one was able to get past them. They just walked along, laughing and talking. I’m not saying this is a bad thing but, come on, be a little conscious of those around you.
I felt like we were on one of those candid camera shows. They were walking very slowly. Every time we tried to go around them on one side they moved that way, when we moved around to the other side and they moved again! We had suitcases and bags of food with us and it was heavy. (Yes, we did also say excuse me, but they didn’t seem to hear us.) Finally, we climbed around the side of them up on a low wall dragging our bags up and around and then jumped off in front of them clunking all of our stuff with us. This apparently got their attention, as they began to say nasty things, even using profanity.
Because of the way they were shouting at us, we just kept walking and did not respond. Eventually, they turned down a side street and we continued on. I can’t tell you how disturbing this was. All we wanted to do was pass by, not fight with anyone. After that, we didn’t even want to go into town for fear of running into them.
Were we wrong for going around them? You may think this is the most ridiculous problem you’ve received but I’m really annoyed and need to vent.
Move to the side….

Dear Move to the Side,
No, I absolutely do not think you were wrong for trying to maneuver around this group of people. Unfortunately, I have seen this “chain” walking often. I don’t think the goal of these people is to be rude. They are usually just swept into the moment and not paying attention to what’s going on around them.
Usually though once they realize that someone is trying to pass, they tend to make way for them. I am sorry that you found the rudest group to try to get around. But it seems that they should be feeling bad, not you and your friend. Not that this is an excuse, but perhaps they had been drinking and that caused their bad behavior.
I hope you did not let their rudeness ruin your time to relax. Maybe they will see this letter and send an apology to you. I hope so….

Dear Camirose,
Several times this summer I have been almost hit in the face while minding my own business due to children playing ball on major thoroughfares like Bay Walk and Midway. Ocean Beach has no ball or Frisbee playing on the beach for safety reasons, which is great. My question is what is acceptable for playing on the street, especially busy ones?
The parents seem to have no regard and in one recent instance they were actually participating in the game…just a ‘stone’s throw’ away from the church and its stained glass windows! Maybe on a quiet side street I can understand it, but my block, which is heavily trafficked and full of renters, has become hazardous. What is the right thing, and who is liable in case of injury or damage?
Sick of Balls

Dear Sick of Balls,
First off, let me say that I am happy that you did not get hit in the face with any balls or Frisbees, and that no church windows were broken. I realize that there are many rules on Ocean Beach in the hope of keeping everyone safe and injury free. Any kind of ball play on the beaches is strictly prohibited.
You would think that some things just do not need to be said. However, summer time at Fire Island is all about relaxation and family time. Families wait all winter long for their vacation so that they can get to the beach to spend quality time with each other. And a big ‘family’ sport is throwing balls and Frisbees to each other. Since this play is not allowed on the beach, it is taken to their homes.
Most people would take into consideration a busy area and the possibility of hitting a passerby; still others do not. If something did happen, I would think the offending party should be responsible to make things right.
I know there is a strong police force on the Island. Perhaps you could explain to them what is going on and ask them to pass by and speak to the offenders. Sometimes all a person needs is to have their eyes opened.
I also think it would be helpful if you gently express your concerns if caught in the situation again. How we say what we say to others will determine their response. So try to remain calm. If all else fails, perhaps you could start carrying a baseball mitt!