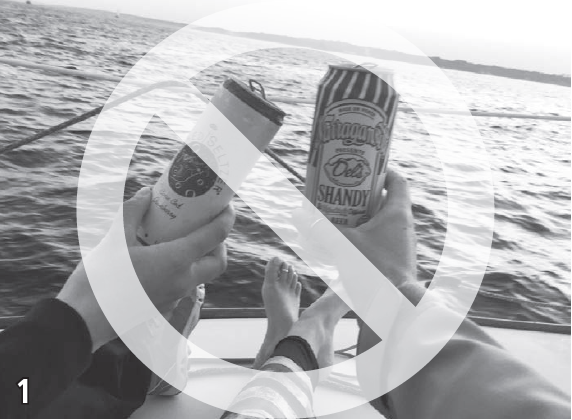 It Can Wait – Boat Sober or Get Pulled Over 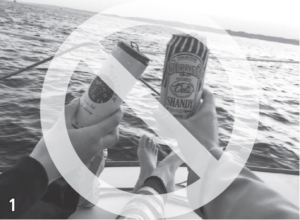 Here at Atlantique, our summer homes are a little different from what most people would think. This is because they float, have engines and we can practically make our summer home wherever there is deep enough water or a dock to tie up to. As boaters, we find pleasure in cruising along the bay and exploring new destinations to stop along the way.

Having a boat as a summer home also comes with a lot of responsibility and marine safety is a huge part of that. An emergency at sea can happen within seconds, and each summer we hear about serious accidents that prove how quickly things can go wrong. Fortunately, most of us have safety equipment on board that comes in handy when an emergency strikes. But boaters sometimes overlook the importance of having a designated captain. All the safety equipment in the world won’t sober up an impaired navigator.

Most people wouldn’t dare think about getting behind the wheel of an automobile when intoxicated. Public awareness campaigns have taught us it is not worth the risk of hurting yourself or others. So why is it any different when boating? Your vision, judgment, and reactivity can be influenced, putting everyone on board at risk.

Did you know that the greatest number of boating accidents and injuries in Suffolk takes place in the Great South Bay? The 2016 Recreational Boating Report ranked the Great South Bay as the number one place for accidents – 14 accidents, five injuries, and one death that year with alcohol being one of the leading causes. But people are still out there drinking and boating, and the numbers are only going up year to year.

“Alcohol and drug use are another significant cause of fatal boating accidents in New York,” according to the New York State Recreational Report. “Between 2005 and 2016 alcohol and drug use was found to be a primary contributing factor in 61 fatalities (24 percent) of all boating deaths. In 2016 alcohol or drugs are known to have been present in 11 out of 22 fatalities (50 percent). These substances can impair both judgment and reaction time.”

New York is aware of this rising statistic and has put laws in place to stop this issue. New legislation has strengthened BWI laws and changed the perception of drinking alcohol while on the water. There is a zero-tolerance to drinking and driving a boat, and New York State prohibits this behavior. The law set limits and considers a captain to be boating while intoxicated if their blood alcohol concentration is 0.08 percent or higher. If you are under the age of 21 there is a “zero tolerance” law in place for minors whose blood alcohol concentration is between 0.02 and 0.07 percent; make sure to not use mouthwash before boating, minors!

With efforts to create a safer boating environment for the Atlantique boater, and the Great South Bay in general, here are a couple of tips to avoid drunken navigation and to help lower the number of accidents on the water.

Always Have a Designated Driver. This is essential. It is understandable to head over to Ocean Beach or Kismet for an evening cocktail, but before leaving the dock talk to your crew and designate someone to take the helm.

Wait Until Reaching Your Destination Before Having that Drink. Once you are all tied up in the marina, then crack open your beer, no harm in enjoying an evening with a cold drink if you are there to stay the night.

Take the Sober Skipper Pledge. Sea Tow started this organization to raise awareness of drinking and boating with hopes to lower accident numbers around the country. The pledge is to sail sober while out on the water, or appoint a designated skipper to take the wheel before leaving the dock. Anyone can take the Sober Skipper Pledge, and doing so will remind you of the severe risk taken when boating while intoxicated. Take the pledge online today: www. designatedskipper.com.

So the next time you are out for a boat ride think about the consequences before having that drink. It can wait until you are tied up safely in the marina. You have enough factors to worry about when out boating, don’t let drinking be one of them. It is not worth your life or the life of anyone else. Let’s boat sober this summer!