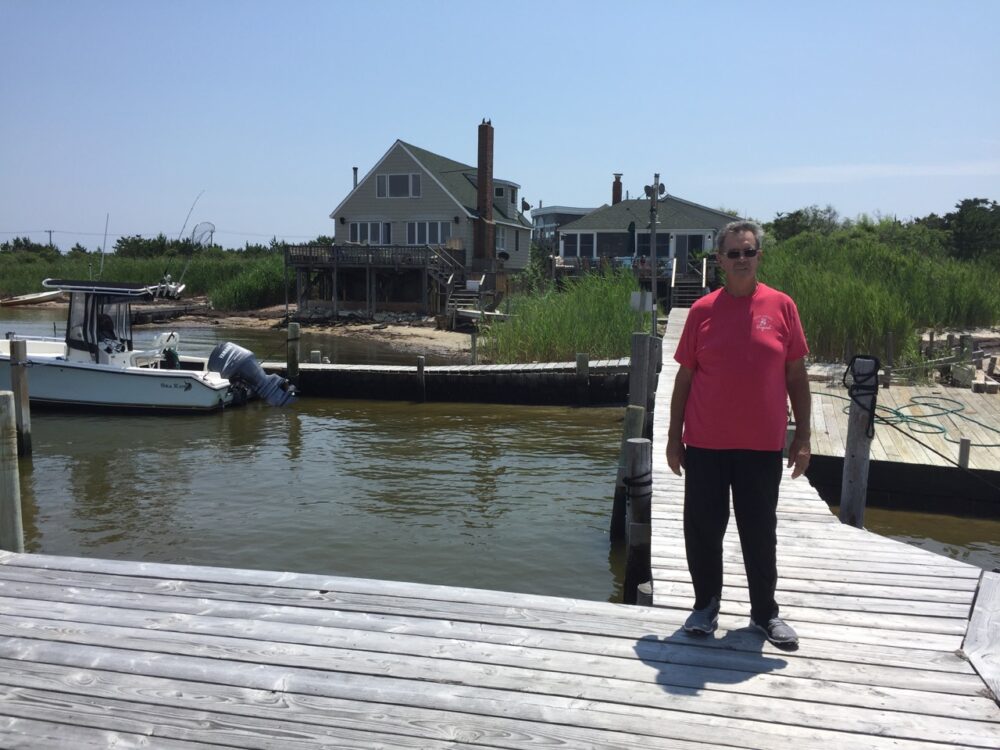 The Foundation of Atlantique, the Legend of the Brewsters

Fire Island is often considered the place of our summer homes, it is our oasis where we come and go when the weather is nice. There are only a select handful of year round residents that call Fire Island home. Douglas Brewster Jr. happens to be one of them. Neither rain, nor snow, nor wind would keep him from his beach bungalow in the community of Atlantique. In fact, Doug was born and raised in the community of Atlantique. The lineage was established by his grandfather, Carlton Brewster.

Just imagine, no marina, houses, or walkways to the ocean – just bare dunes for miles as far as the eye could see. This description sums up what Atlantique looked like when Carlton Brewster first founded it in 1912. Of course he did not do it alone. Carlton and his partner Dr. George King purchased the land we now call Atlantique Beach. Carlton was in the real estate business and Dr. King was an experienced New York doctor who had the money to finance the purchase of 2,000 feet of land and adjoining beach stretching from bay to ocean. Carlton, being the entrepreneur that he was, divided up the land into lots and walkways. His lot subdivisions have left their imprint on the Atlantique we know today. 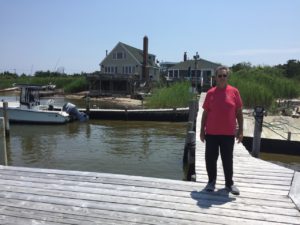 Carlton’s passion to develop Fire Island was passed down to his son Douglas Sr. He developed his love for boat building at a young age. Back on the mainland Carlton purchased a shipyard in Bay Shore, with confidence his son would run and maintain it for years to come. In this shipyard Douglas Sr. built vessels that made accessing Fire Island easier. In the Brewster Shipyard Doug Sr. built tugboats, barges and even ferries. Of course the ferries are not the same as the ones used today. Often they were converted air sea rescue boats used by the navy during wartime. These vessels were retrofitted to transport people and supplies to the fast growing population on Fire Island.

In 1942, Doug Sr. was the first of the Brewster family to purchase a home on Fire Island. It was nothing like the fancy houses seen on Fire Island today. It was actually just a tar paper shack. This modest shack was prime real estate located right on the bay, and is still standing today. The tar paper shack was soon reinforced, expanded and lifted to survive every harsh winter and hurricane since 1942. The undertaking was mostly by Douglas and his friends, many who were builders and carpenters. This tar paper shack soon became the home of Doug Sr. and his family. Following in the Fire Island tradition of naming homes, the once tar shack was dubbed “Eel Farm.”

The homestead was, in time, passed down toDouglas Brewster Jr. The “Eel Farm” and its surrounding terrain was where the young Douglas Jr. played as a boy. He did not have any of the playground comforts present in Atlantique today, but all he needed was the ocean and open beach. Doug purchased the property next to the “Eel Farm” in 1960 and continued improvements on the property, again with electrician and carpenter friends creating the beautiful home that he owns today. The home was also where he raised his own family, giving his children the unique childhood he experienced of being a full-time resident of beautiful Fire Island.

These days he is happy to share his childhood stories of growing up on Fire Island. Like his father he is a skilled boat builder, and took over Brewster shipyard where he learned his master carpenter skills. He sold the shipyard in 1989 and now divides his time between Fire Island and Fort Lauderdale. Mr. Brewster is a living legend, and his stories can be heard nowhere else. This will not be the last time we pay him a visit.