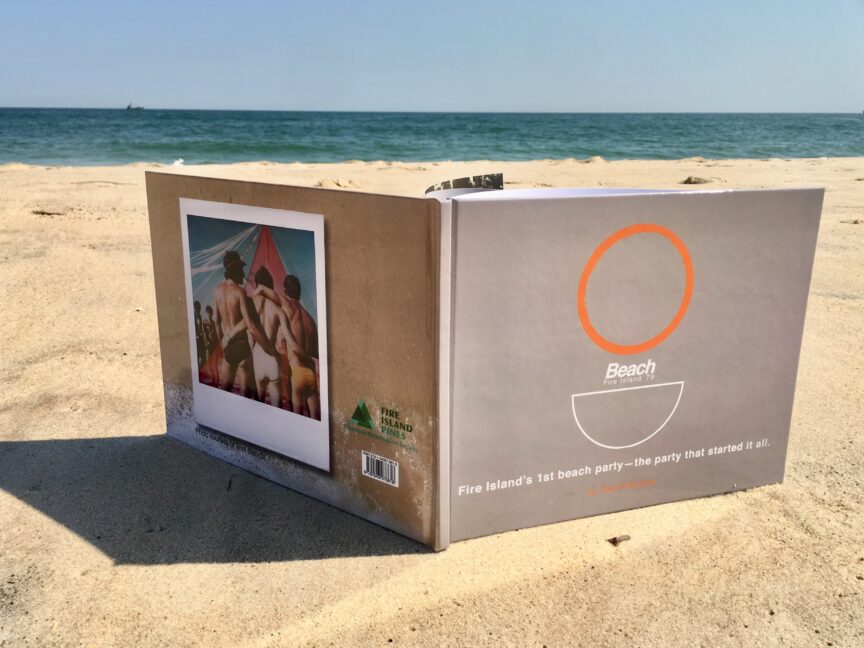 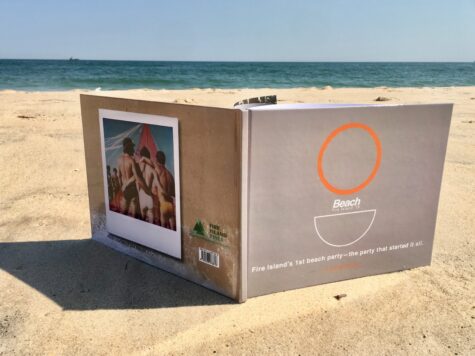 Last year, in honor of the 40th anniversary of the Pines’ party that set the high water mark for all parties to come, Robert Bonanno, president of Fire Island Pines Historical Association and creator of the community’s Preservation Society (started on Facebook in 2010), penned “Beach – Fire island 79.”

“Beach,” as the bash has come to be known, took its cue from “Sunrise,” a previous Pines’ gala that boasted 2,000 revelers, a makeshift dance floor and two borrowed speakers perched on the dunes. “Beach” would outshine its predecessor in every way.

And why? Because Fire Island Pines wasn’t just throwing a party; they were on a mission. And the mission was a fire truck – a new little engine that could! A new pumper for the Pines’ volunteer department; the original dated back to 1959, when the department was founded.

Preparation for the fundraiser began at the end of the 1978 season and continued throughout the winter. A disco on the beach was envisioned, concessions, food, a silent auction. Adequate lighting was needed, security. Marketing was involved (they needed people if they were to raise money). Plans included a competition for layout, complete with artist’s renderings (included in the book as one of the graphics). Special permits were required. It was to be an “all night extravaganza.”

The event itself was on a grand scale boasting a 3,000 foot dance floor and a DJ booth that resembled the bow of a boat jutting toward it. Seating by Goodyear was inner tubes wrapped in 10,000 yards of hospital gauze. And that was outside! Inside the tents were a casino, designer boutiques (Geoffrey Beene, Diane Von Furstenberg ring a bell?), cheese pâte and quiches. “This was not a hamburger and hotdog party.” (Hey! Where was my invite?)

Seems I wasn’t the only one overlooked: Steve Rubell of Studio 54 showed up with Calvin Klein and his entourage (all the celebs were there). Klein and company were ushered in with their tickets, but poor ticketless Steve had to wait till others left so he could be waved in. Sometimes life is fair.

At 5 a.m. Bonnie Pointer of the famed Pointer Sisters stood center stage, “shimmer[ing]… in blue satin and sequins,” and sang the party to a close.

The gala made all the papers, including The New York Times and Interior Design magazine. More than 3,000 people paid $20 per ticket and raised $20,000 for the new fire truck.

But rather than a fundraiser for a fire truck, the through-line in Bonnano’s tale is community. How a once divided village could (and did) pull together and achieve a mutual goal, something that would benefit both the straight residents (the original citizens of the Pines) and the gays (interlopers, according to the straights, who wanted to change the status quo).

Construction workers, tradespeople, architects and artists, all factions of the community lent their time and talents to the effort. Turned out, they had more in common than they realized. The Pines could be a happy place for them all.

“The party of the decade…closed the decade… and achieved mythic status,” explains Ron Martin, former president of the Fire Island Pines Property Owners Association, in the introduction. “For 12 magical hours from sunset to sunrise…Fire Island Pines felt to [gays] like the center of the universe, and there was no other place on Earth where any of us would have wanted to be.”

Laid out by Dusty Grant the graphics and photographs supplied by various sources support the text. They include dramatic closeups and aerial shots of folks at play, at work and at rest in the Pines, while white bordered black and white snapshots take the reader decades back in time. Tie that in with the blue, white and orange invitation, the ticket request, the shot of construction workers studying plans, to Bonnie Pointer belting it out at the mic in the evening’s crowning moment and you’ve got not only a Beach-in-the-making photodrama, but a well-rounded 70’s history of Fire Island Pines.

Available for sale through Amazon.