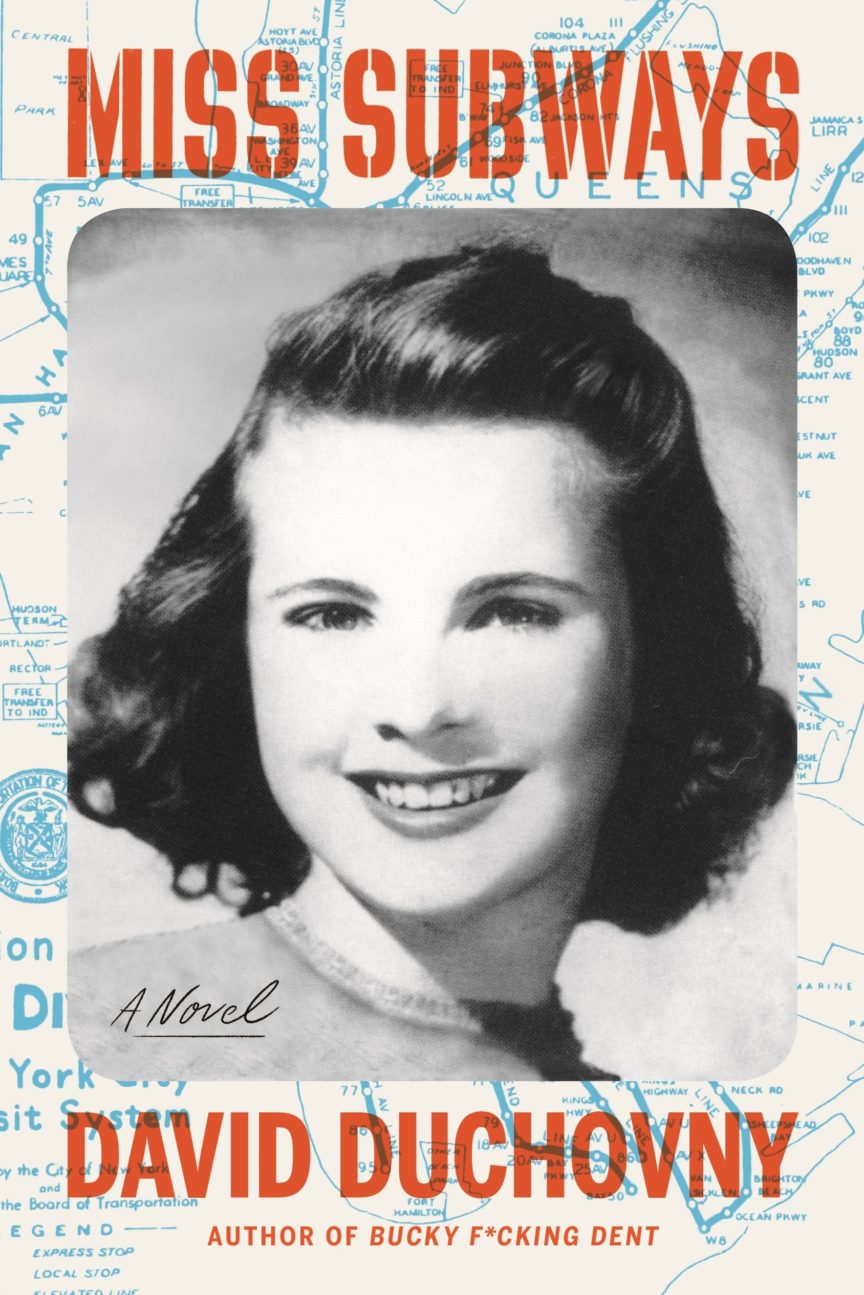 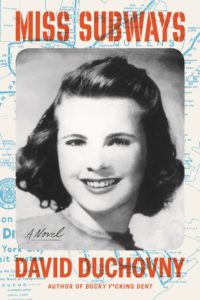 Editor’s note: Actor and writer David Duchovny is one Fire Island can call our own. As a teenage lifeguard in Ocean Beach, his nickname was “Cricket.” This is his third and most recent novel.

“X-Files” fans take heart. You don’t have to watch reruns to satisfy your cravings for FBI agent Mulder, and the arcane and paranormal. You can read all about the shenanigans of the other worldly in author/actor/screenwriter/director David Duchovny’s latest novel, “Miss Subways.” In his most recent plunge into literary waters – back in the day when the author’s parents owned a house in Ocean Beach he summered as a lifeguard there – Duchovny gives “the two-week August time-share in Cherry Grove,” a mention from a lesbian therapist.

The title draws from the 1940s when subway car posters featured young, wholesome, working girls as an enhancement for ads. The heft of the story however, belongs to Duchovny’s take on the Irish myth of Emer and Cuchulian, and a deal Emer makes with a god to give up her lover so that he may find his soul and live.

Down on earth Emer rides the subways where she is smart and pretty and, single at 41, a parochial school teacher. Putting her own writerly aspirations aside, she is the chief cook and bottle washer, as well as unpaid researcher for her boyfriend, Cuchulain Constance Powers (Con), “a good man with a comic book name.” She believes his works on folklore and myths are destined for fame. Though he is a great lover (shades of the author in “Californication”?) with all his posturing and self-involvement, for this reader’s Metro Card she could do better. And do better she does, in the fantasy version of her life, in Con’s more appealing incarnation. A beau from where? Where else? The subway. And so goes the tale – fairytale as it were – a fantasy love story on and off the tracks in real and unreal time.

A backstory of Emer’s benign brain tumor years prior, the remains of which are “imperceptible seizures,” “fits and visions,” make for the shapeshifting. Characters disappear in real life and reappear as reinventions of themselves in a revised version of her life. Once readers get the hang of who’s who, they’re in for a few surprises.

Awakened and drowsy from sleep, Emer answers her door to find an Irish accented, tiny doorman named Sid. “She squelched the urge to lift him up like a baby, he was that small.” He informs her that Con has another lover and has offended the goddess Anansi. He’s about to be murdered. To prove her love for him Emer agrees to give him up.

The serious side of Duchovny (he holds a bachelor’s from Princeton and a master’s from Yale, both in English literature) showcases Nietzsche, Yeats, Jung, Dickinson and the Old Bard himself, their bon mots appearing in “Trains of Thought” cars, in place of ads for teeth whitening and a $99 divorce.

Mythological hijinks follow Emer down onto the subway tracks where the “filth seemed sedimented but somehow loose. Even the detritus had detritus.” There she encounters Golem (in Jewish legend a golem is a clay figure brought to life by magic). His features melt as he uses his cell phone to show the way to a homeless tent city where’s she’s crowned Miss Subways, the citizens “token queen.” She doesn’t take her title lightly.

“I am Miss Subways … and I have powers of my own,” she announces, when Anansi, the goddess out to get Con – hissing snakes her hairdo – demands her due. Like a true New Yorker, Emer brokers a deal whose love-conquers-all conclusion rides to its finish in the “up-top world,” a few stations on.

A city kid born and bred, there’s no mistaking Duchovny’s devotion to his subject when he quotes former New York City Mayor Ed Koch: “Even now, I can sit in the subway, and look up at the ads and close my eyes, and there’s Miss Subways. She wasn’t the most beautiful girl in the world but she was ours.”

For this reviewer’s part, riding the rails or off, “Miss Subways” is sure to entertain while teaching you a thing or two about mythology – Duchovny style. And about love? That’s no myth; that’s the real deal.