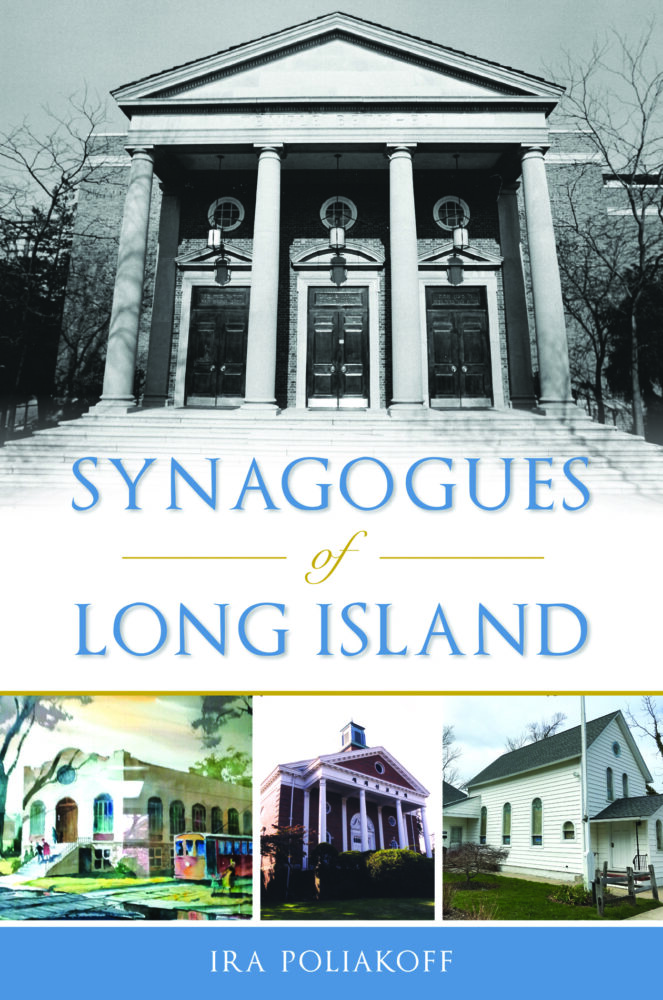 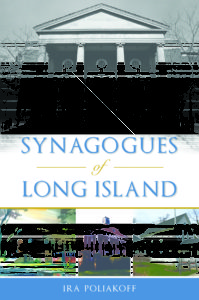 Images from book reproduced courtesy of the publisher.

Ira Poliakoff is no stranger to congregational life. Both his grandparents and parents were active temple members, and in the 1960s Poliakoff himself worked as a youth director in both Oceanside, Long Island and Flushing, Queens. A self-described “history buff,” he grew up in Manhattan and Rockville Center, and though Poliakoff has been living in Pennsylvania for some time, his roots run deep.

In “Synagogues of Long Island” the author traces the development of Jewish life on Long Island to 1946 and a group of Manhattan Conservative rabbis. Drawing up a plan that would provide a synagogue at every stop on the Long Island Railroad, they strove to meet the religious needs of World War II Jewish veterans starting to raise families in suburbia.

Thanks to Poliakoff’s interviews with rabbis, Jewish leaders, synagogue office managers, and his enthusiasm for his subject, readers will learn – in alphabetical order – the history of each “brick and mortar” synagogue on Long Island, including Temple Adis Israel in Sag Harbor, where “legend has it” President Theodore Roosevelt, returning from the Spanish American War with his 1,200 Rough Riders in 1898, presented the temple with its first Torah. [In the same year, along with 20,000 other soldiers, Roosevelt’s troops were quarantined in Camp Wikoff, Montauk with diseases they contracted in Cuba.] 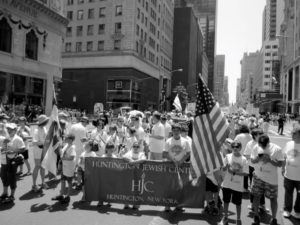 There are now 30-plus Chabad centers on Long Island, with a central office in Commack. Great Neck has become “the new home” for Orthodox Iranian, Iraqi and Syrian Jewish families who fled their homelands in the past 50 years. The Five Towns, an epicenter of Jewish Orthodox life, has seen an increase of about 20,000 in its Jewish population since 1940, owing to the many rabbis who settled there and brought their congregations with them. They in turn raised large families who also settled in the area. On the other hand, Conservative and Reform young adults who went away to college in the 1980s did not return to their home base, “spreading out Long Island’s Jewish population nationwide.”

Across the country, Conservative and Reform synagogues are trying to maintain and build their congregations. Rabbi Neil S. Cooper, spiritual leader of the Conservative Temple Beth Hillel-Beth El in Wynnewood, Pennsylvania, where the author now lives, says, “We work hard at it.” He cited the importance of planning with ”professionals and lay leaders” to offer “complex programs aimed at all arms [of the temple] and age groups.” In Queens, where Poliakoff once worked as a youth leader – this reviewer belongs to a Conservative synagogue there – the same demographic and downturn in membership holds true. 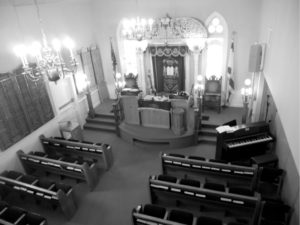 Buildings put up decades ago are in need of new roofs and boilers, their air conditioning systems are out of date, older congregants are either passing away or moving, and not enough young Conservative and Reform Jewish families are coming into the neighborhood. Synagogues are merging, bringing their memorial plaques and Judaica, and in some cases substantial funds from the sale of their synagogue buildings that will help keep their new religious homes afloat.

That’s not to say all Conservative and Reform synagogues are closing up shop; many are thriving or remaining open with little more than a hefty dose of determination. Temple Shalom in Westbury, Long Island, a once 400-member synagogue, down to 30 or so members, “most over seventy years old,” still manages to operate with a full-time rabbi on staff, and an office manager and custodian working part-time.

“It’s really not important to me if the synagogue had 40 or 1,500 families,” said Rabbi Zamir. “These people are Jews … starving for a connection … if Temple Shalom were to close they would have nowhere to go,” echoing the sentiments of the rabbis back 1946 when they set out to provide a place of worship for all Long Island Jews.

Photographs from libraries, universities, and Jewish organizations illustrate Poliakoff’s comprehensive overview of past and present Jewish worship on Long Island and his discussion of the “’flight in and flight out’” of Orthodox and non-orthodox residents. 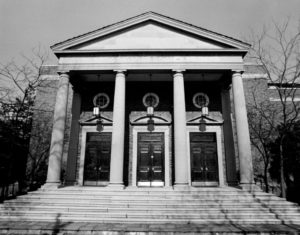 ATTENTION FIRE ISLAND AUTHORS: Are you, or do you know, a Fire Island writer who has published a book recently? Fire Island News is presently seeking titles to consider for the Book Review column. Authors, publishers and agents please email editor@fireisland-news.com and tell us a little bit about your masterpiece. Self-published and small press works are welcome.