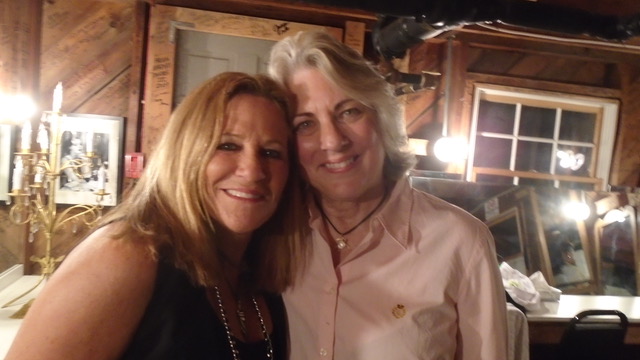 We had a short heat wave, a tropical heat wave. The temperature went rising – it isn’t surprising, it was July. It was so warm that I finally took a dunk in my pool, which is very rare. I personally use the pool about twice a season. Some Like It Hot!

The weekend of July 21 and 22 was probably a record-breaking weekend for attendance in the Grove and the Pines. The Pines had its annual Pines Party, which automatically brings the crowds to both communities. On Friday night, the Grove held its weekly underwear party, which also had high attendance. The line to get into the Ice Palace wrapped around town, and ended near the ferry. Our little town was overflowing with daytrippers, night trippers, hustlers, bustlers, renters, yentas, twinkies, winkies, kings and queens – a good time was had by all!

Michele Balan, a top-notch comedienne who has appeared on “Last Comic Standing” returned to Cherry Grove performing at the Community House on July 22. She addressed many topical subjects and reached her audience. She travels year round and has appeared on more cruise ships than Louis Vuitton. Shirley Ritenour, a Cherry Grove resident, opened the show, singing four songs, accompanied at the piano by Al Greenwood. Shirley is an accomplished soprano, who sang a selection of lighter Broadway and pop songs, introducing Michele with “Ain’t She Sweet.” Shirley reminds me of Broadway’s Rebecca Luka. Michele Balan is welcome back to the Grove any time!

The Arts Project had their Annual Hollywood Casino Night at the Community House on July 29. All the dealers were dressed either in costume or drag. Jodi and Dave Mahler, Lila Swell, Hal Hayes and Bobby Michel were guests from the Pines who wanted to feel like they were at Las Vegas. It was a fun colorful evening. At the door was “Officer Mary” returning to the Grove as security guard.

Happy birthday to Mike Fisher and George McGarvey, as well as a happy 44th anniversary to Sue Kravitz and Sue Rubinstein.

Jack Quinn and Curtis Strohl had weekend guests Todd Wachsman, the director of the Forest Hills Queens Choir, and his partner Christopher Bradshaw. Todd has been a back-up singer for Josh Groban at Madison Square Garden and other venues. He is also moving to Arizona for one year to receive a PhD in a music program. Peggy Sampson had her very good friend William Godfree from London as her guest. Eric Schloss had his niece Natalie Schloss as his houseguest, from Mannheim, Germany along with her friend, Rosanna Chinchilla. Barbara Hirsch and Linda Dickerman, who recently sold their house, returned for one week. They still love it here. Gay Nathan and Julie Paradise are off island again, returning to their other residence in Santa Fe. They will be back in the Grove very soon. Richie Mastascusa and his partner Wes Pope had Richie’s mother Marilyn and his sister Diane from Medford, Massachusetts. Other family members included Aunts AJ and Debby and Uncle Bob Smith. They have been here before and love it.

An original old line Cherry Grove family, the Gerrodettes, bought property and lived in Cherry Grove since the early 1900s. They had a daughter Jeanne who married George Skinner, their daughter Gerri married Morgan MacWhinnie. Gerri and Morgan divide their time between the Grove and Southampton. All of their children and grandchildren and great-grandchild recently returned to Cherry Grove for a family reunion, which made it a four-generation day. Gerri and Morgan’s daughter Inez now lives in New Zealand. She vacationed in the Grove with her husband Steven MacDonald and their daughter Claire for one month. Mrs. Irene Gerrodette became our post mistress in 1949. In 1967 Jeanne Skinner took over the reins, right up until 2009.

Another old time Cherry Grove family is the Hesters. Don and Judy have three children who all attended Fire Island School in Ocean Beach. Joseph, who is now in his 29th year with the U.S. Coast Guard, was recently transferred from Alameda, California, to Washington, D.C. He greeted me on the dock when he arrived in the Grove last week. He is spending his vacation with his parents, wife Lynne and their daughter Katy who is now 14 years old.

I understand Suffolk County hosted another guest recently. Donald Trump landed at MacArthur Airport last week, only four miles from Sayville. He should pay us a visit here at Cherry Grove. Maybe then he could see it’s not catching.

• Concerned Women of the Grove (CWOG) will be hosting their Breast Cancer Fundraiser Event to benefit Stony Brook University Cancer Center and Gilda’s Club NYC at The Ice Palace, Saturday, Aug. 5 from 4-8 p.m.

• The Annual Cherry Grove Honors Dinner will be held at the Community House on Aug. 12, from 6-9:30 p.m. This year the community is honoring Walter Kowalski, George McGarvey, Roland Michely, and Sue Panzer.

• Margaret Cho returns to the Ice Palace on Aug. 19, with 7 and 9:30 p.m. showings. Presented by Daniel Nardicio. Tickets available at http://danielnardicio.com/margaret-cho-live-on-fire-island-two-shows.

• The Cherry Grove Dunes Fund is having their annual fundraising drive. All donations are welcome. Their mailing address is P.O. Box 4115, Cherry Grove, NY 11782.