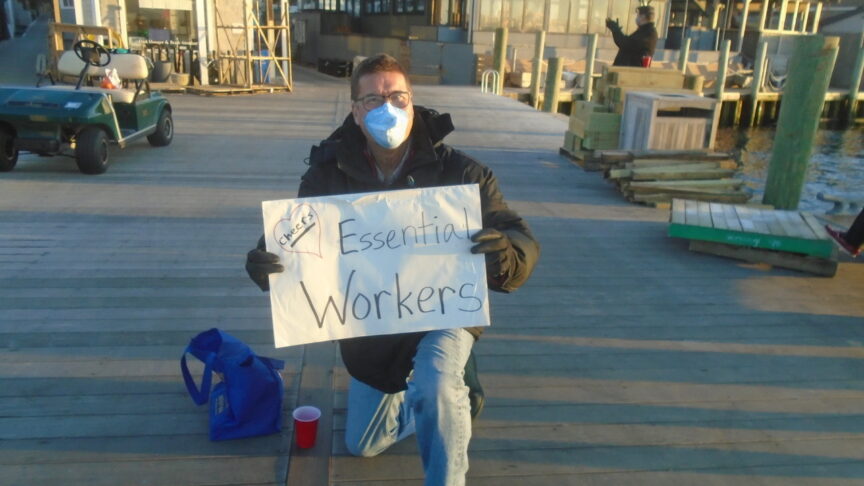 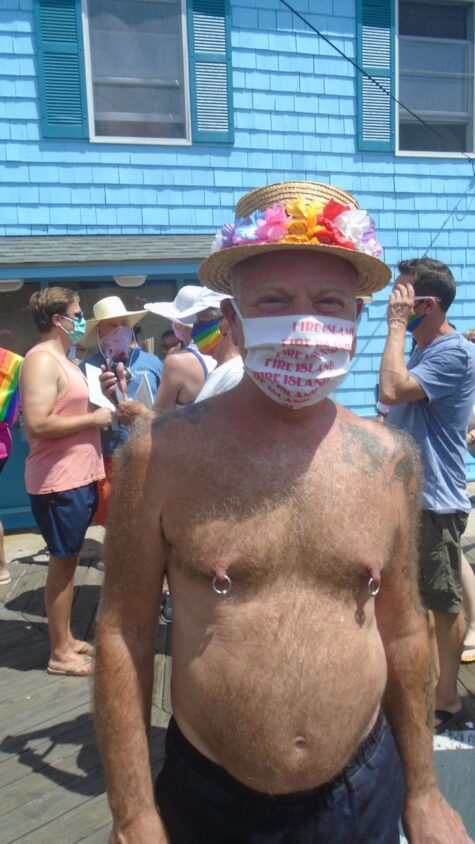 By Robert Levine ~ The Grove and Pines are now experiencing a quiet new lifestyle that we are not accustomed to. Our lives have changed on Fire Island. When people think of our communities, they think of a busy social schedule filled with cocktail and dinner parties, meetings, contests, shows and the like; we take our busy lifestyle for granted. Now most days it seems we are living in a quiet area like Nova Scotia or Mustique.

We came out in early April when it was still chilly, and held weekly social distance gatherings at the dock to thank all the essential workers.

In early June the Grove assembled once more to take part in a Black Lives Matter rally of our own to honor the life of George Floyd. Then on June 16, another remarkable day in LGBTQ history as the Supreme Court made the landmark ruling that reaffirms gay and lesbian people are protected from job discrimination under the Civil Rights Act.

Many local businesses opened in March and were fully stocked. Many residents of both communities opened their houses much earlier than before. Shops and nightlife started to get up and running with a soft approach with takeout dining only at first, thankfully with the option of cocktails to go as well. Outdoor dining only followed, but that’s very much normal operation for many Pines and Grovites anyway. Masks and social distancing of course is required.

On June 20, the Grove began to tick. We celebrated Gay Pride, again on a reduced scale, but chock full of color and excitement. Our new 2020 Homecoming Queen Ikea was elected virtually. Kudos to Davita Jones and Lavonia Jenkins who were runners up.

Thank you Northwell for hosting a successful coronavirus test day in late May, for all those who registered.

Sadly the Invasion on July 4th had to be canceled this year. However Panzi came up with the idea of having a small-scale alternative. A limited,group from the Grove arrived on a small boat. We were welcomed with cheers from the neighborhood. Next year we will return with all the feathers, glitz and glam with fabulous drag queens everywhere. However with this new eating at home the new trend on Fire Island, we will never fit into our gowns and costumes the same way again.

As we look around the Pines we see a new group of millennials who are blending and mixing well with the old stalwarts of the community. Andy Cohen’s boys of Bravo were seen in the Grove enjoying drinks and social distancing.

Andrew Kirtzman appeared on the Brian Williams Show in January to discuss his soon to be released book about Rudy Giuliani, which will be a sequel to his “Emperor of The City,” published 20 years ago. 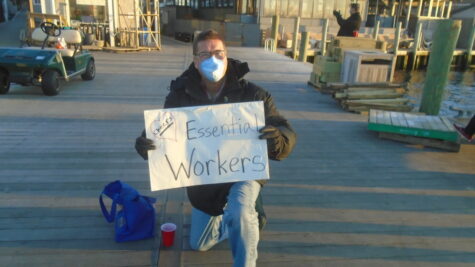 Before the shutdown the Arts Project of Cherry Grove (APCG) managed to have their annual In Town cocktail party on March 8, at The Monster in NYC, and the Out-of-Town party two weeks before, on Feb. 23, in Ft. Lauderdale. Alas both Fire Island Pines Arts Project and APCG have suspended all shows and activities until further notice, but it’s for the greater good – so we can all go on to sing another day.

A sad farewell to those who will not be returning to our shores again: In Cherry Grove Yolanda Attianese, Joe Clinton, Dominic DeSantis, Rob Ferri, Deborah Murrell, Terrence McNally, Mary Tangari, and Pat Wagins all passed away over the winter. In the Pines Jerry Herman, Gilbert Parker, Michael Schaible, and Larry Kramer also passed – people who all left their mark on this world.