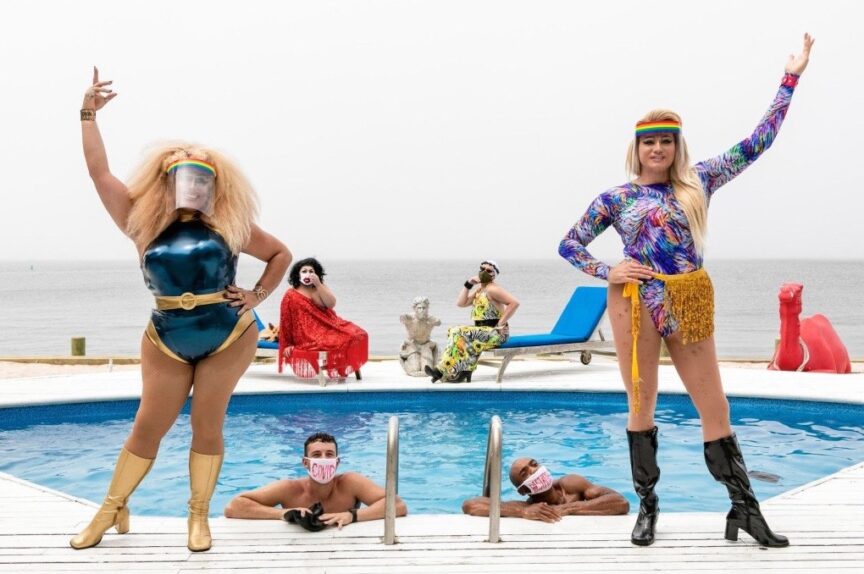 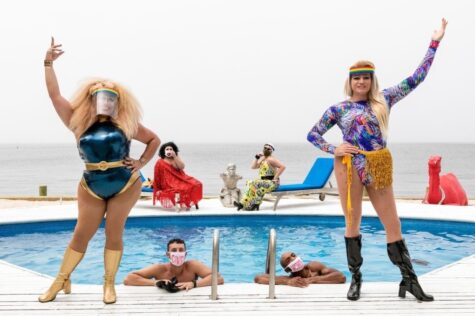 By Laura Schmidt ~ Negative press generated from unsafe parties at the Pines Fourth of July weekend has prompted community leaders, official and unofficial, to do more to enforce CDC guidelines and ensure residents’ safety.

Fire Island Pines made national news a few short weeks ago after photos and videos of large beach parties with no social distancing or masks circulated on social media. Town of Brookhaven Councilman Neil Foley, Fire Island Pines Property Owners Association (FIPPOA) and the Marine Bureau of the Suffolk County Police have been working to navigate this crisis and address resident concerns.

“We’re in the midst of a pandemic, and even though New York has done a wonderful job of lulling our numbers and we’re in a good situation, as you can see, nationally, things can change very quickly,” Foley said.

Foley believed it was an isolated incident caused by a “perfect storm” of events – a holiday weekend, beautiful weather and people wanting to return to normal after months of quarantine.

Multiple concerned residents called the SCPD Marine Bureau to break up the events of Fourth of July weekend. The number of personnel patrolling popular areas has doubled since, according to Foley. Police will look to disperse large gatherings verbally at first. For those who do not comply, summonses will be issued and if they still do not adhere to CDC guidelines, arrests will be made.

FIPPOA President Jay Pagano felt “a little horrified” at the sight of the parties and compared the images to that of the crowded beaches in Jacksonville, Florida, at the start of the pandemic, a state that now has more than 300,000 confirmed COVID-19 cases.

Numerous studies have been conducted since March to prove the efficacy of masks and social distancing. A recent study published in Health Affairs, a leading journal of health policy thought and research, compared the COVID-19 growth rate before and after mask mandates in 15 states and the District of Columbia and after five days, found a reduction in growth of 0.9 percentage points. After three weeks, the daily growth rate slowed significantly by 2 percentage points.

“We are taking every measure available to assure that people visiting the community and residents conform to the Governor’s guidelines and we will not permit a recurrence of what occurred on the Fourth of July weekend,” Pagano said.

Despite efforts made by community officials to place more police officers on the island, some Fire Island residents have taken the situation into their own hands, with the Fire Island Covid Destroyers coming into the picture.

Established in collaboration with nightlife promoter Daniel Nardicio, New York City political and nightlife organizer Taylor Shubert, and Gay Men’s Health Crisis, Covid Destroyers has already raised funds for participants and partnered with Governor Cuomo’s office, who shipped 1,000 masks and 1,000 bottles of hand sanitizer to Nardicio and his Dworld crew to distribute to residents and visitors getting off the ferry.

Their mission is to encourage mask-wearing and social distancing through providing supplies and education while still having fun.

“It’s very much taking the approach that we took in the 80s and 90s to HIV, which obviously had a great effect,” Nardicio said.

Nardicio said the group “fell together really quickly” and with his current position in nightlife and already-established Dworld team consisting of drag queens, go-go boys, burlesque dancers and others, it was a seamless and enthusiastic collaboration. There has already been a flood of positive messages from appreciative residents and the Covid Destroyers initiative.

Nardicio decided to create Covid Destroyers after seeing the deeply negative response to the young man who went viral on social media for touting coronavirus symptoms days leading up to the Fourth of July.

“I’ve always been of the opinion that shaming doesn’t work,” Nardicio said. “That doesn’t seem like the healthiest choice for one of our own. Maybe bringing him into the fold and helping him to understand and working with him might be a healthier choice but that’s just me.”