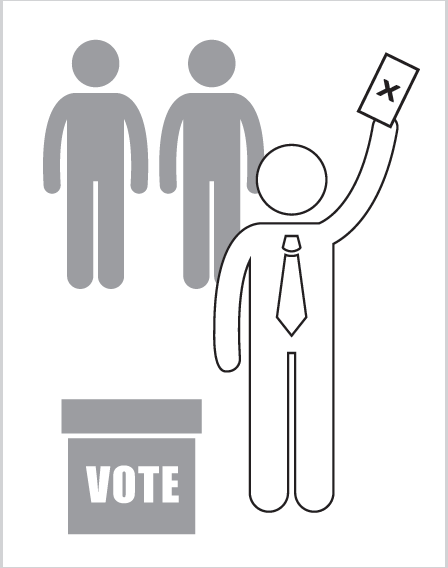 Racial equity is the argument behind the latest push to split up the Town of Islip into council districts to reform its current at-large voting system, but the idea may work in Fire Island’s favor, too.

Advocates last month filed a lawsuit in Central Islip federal court alleging Islip, the town board and Suffolk County Board of Elections are violating the Voting Rights Act in minority communities, which they say are getting ignored under the current system. The plaintiffs argue that if the five town council members were designated to represent specific communities instead of sharing responsibility for all 333,758 residents, the local lawmakers would be more responsive to the constituents.

“This federal lawsuit sets out the violations, one after another, that the Town of Islip has engaged in … in suppressing the votes of Latino voters and black and brown voters,” said Frederick Brewington, the Hempstead-based civil rights attorney representing the plaintiffs in the case.

The use of council districts, known as the ward system, is used by three of the 13 towns on Long Island — Hempstead, North Hempstead and Brookhaven. Brewington tried the case that brought council districts to Hempstead, where Councilwoman Dorothy Goosby represents minority communities as the lone African American woman on that town board. Voters in the other two towns chose to make the switch via referenda.

Advocacy groups Make the Road New York and New York Communities for Change joined forces with Brewington in the hopes of succeeding where prior efforts in Islip fell short. Petitioners had repeatedly tried to get a referendum to enact Islip districts for years. Once they succeeded in getting the question on ballots 12 years ago, town voters rejected the measure by a margin of 56 to 43 percent.

The ward system is underway on the eastern half of Fire Island. Brookhaven Town Councilman Daniel Panico represents District 6, which includes Smith Point to Moriches Inlet, and Councilman Neil Foley covers District 5, which includes the easternmost FI community of Davis Park to the eastern half of Seaview. So if a resident in Cherry Grove has a complaint about a broken boardwalk, they can call Foley’s office and expect his office will make sure it gets fixed. (Robert Levine’s coverage of the Cherry Grove dock rehabilitation on page 26 of this publication is a perfect example.)

But residents on the western half of Fire Island that falls under the Town of Islip, from the western half of Seaview to the westernmost community of Kismet, sometimes feel ignored. For example, neighbors of a loud new business in Kismet showed up to a town board meeting in 2016 to complain to the board that their concerns fell on deaf ears. Geographically speaking, the island is so far removed from the main part of the town, it’s more difficult for Islip officials to serve residents here.

Less impacted by this issue on FI are the villages of Saltaire and Ocean Beach, which both handle their own issues on a hyper-local level. Village officials there don’t need to wait for town officials on mainland LI to fix a pothole or respond to a noise complaint. Those two localities do it themselves, although they could benefit from the ward system too, should the villages need a more direct line of communication with Islip.

The idea of carving the town up has its detractors. Critics of the system say it can pit communities against one another as they jockey for resources, or prompt lawmakers to trade votes to pass unpopular measures.

The Town of Islip is not commenting on the lawsuit. But when the idea last came up, then-Islip board member Pamela Greene spoke out against the idea.

“If there were districts, the council person from the west side of town would not be directly accountable for a land-use decision made on the east end of town,” Greene had told Newsday. “Right now,” she added, “the town board members are accountable to every resident of the Town of Islip … a ward system is ultimately going to decrease the number of people who represent you.”

The plaintiffs point to the fact that the town board is all white and live in the southern part of the town while about a third of Islip’s population are minorities from the northern section. The current town board is solidly Republican and the minority communities are overwhelmingly Democratic. But the hamlet of Bay Shore, which Fire Islanders pass through on their way to the ferry terminal, has a Latino population nearly as large as that of Brentwood, Central Islip and North Bay Shore.

So, should Brewington and company succeed, it’s possible that the first Latino Islip town board member in history could represent part of FI, depending on how theoretical district lines get drawn. And maybe then the western half of the beach won’t feel as neglected.