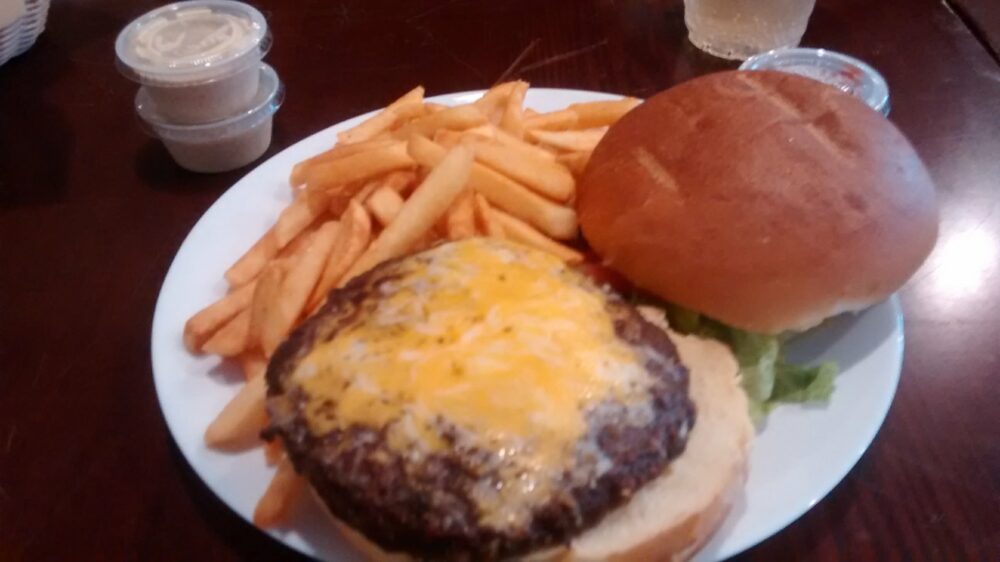 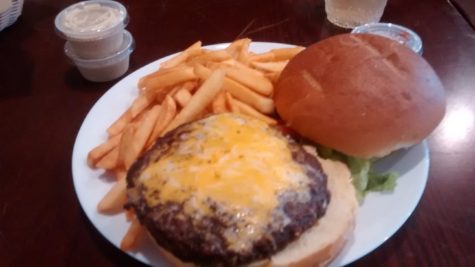 That burger at CJ’s won’t come with a surcharge. (Photo by Shoshanna McCollum)

Nine of the 11 restaurants in downtown Ocean Beach are serving the fresh fee this summer. Some find it tough to swallow, but the Ocean Beach Restaurant Association (OBRA) says it cooked up the added cost to make up for losses stemming from rising payroll costs – and noted that freight, rent and flood insurance were also contributing factors.

“This decision was not an easy one to come to, but in the end, we felt it was more transparent to institute a surcharge instead of burying it in menu prices, which would only increase sales tax and gratuities paid by customers,” says OBRA Co-President James Betz, owner of Maguires Bayfront Restaurant.

Other restaurants are following the same surcharge recipe around the state amid ongoing minimum wage increases. OB’s rising dining bills are the local manifestation of a nationwide trend, although those burned by bigger bills have sued in California and restaurant workers in Maine successfully had their state-mandated wage increase reversed since it resulted in a decline in tipping and overall income.

In New York City, where restaurants are prohibited from using such surcharges, establishments have instead raised menu prices, but some owners would rather give patrons a higher bill at the end of the meal than scare patrons away before they place their orders.

OB’s surcharge comes as the state Department of Labor is considering a proposal to make restaurant servers’ minimum wage on par with other industries. The current minimum wage for tipped workers in New York is between $7.50 and $10.85 hourly while the minimum wage for everyone else is $10.40 to $13.50. Variations for each depend upon location and industry.

The Labor Department is wrapping up the last of a series of public hearings on the issue this month as it considers additional increases. On Long Island, the minimum wage for tipped food service workers may increase to $10 hourly by 2021, according to the state.

“At the end of day, this is a question of basic fairness,” said Governor Andrew Cuomo, who backs the increases to “ensure that no workers are more susceptible to exploitation because they rely on tips to survive.”

“In New York, we believe in a fair day’s pay for a fair day’s work and that all workers deserve to be treated with dignity and respect,” the governor said. “There should be no exception to that fairness and decency.”

Ocean Beach Mayor James Mallott, who owns the Albatross restaurant and bar, referred a request for comment on the issue to OBRA’s statement that village eateries have been circulating.

“Ultimately, we’re doing this to preserve the quality of experience our customers have come to expect from sitting down to a meal with us,” the statement reads, adding that it will help in “maintaining a staff-and-service business model.”

The only two full-service restaurants in OB that aren’t implementing the surcharge are The Sand Bar and CJ’s Restaurant & Bar, which is owned by the News’ parent company, The Palms Fire Island hotel group.

Chris Mercogliano, owner of The Palms, said, “Even though I’m against it, my fellow restaurateurs will probably prefer I keep it to myself.”