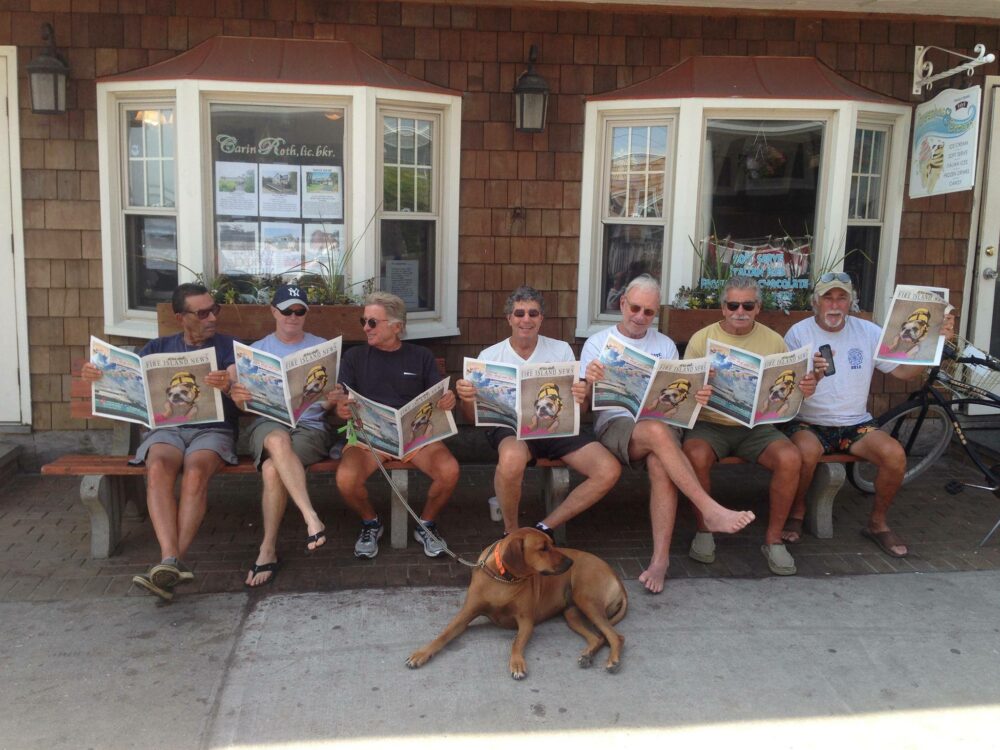 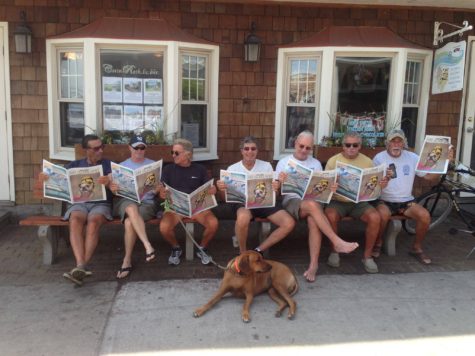 This summer marks the 60th anniversary of Fire Island News, which inspired us to take a moment to reflect on the storied history of the oldest newspaper covering the beach.

Over the past six decades, the News has reported on it all, from the workaday police blotters and community gossip to politically pivotal moments in the region’s history, such as the founding of the Fire Island National Seashore (FINS) a half century ago – and all the news fit to print in between.

“I’ve seen technology change, I’ve seen Fire Island change,” recalled Jay Trien, who founded the newspaper as a 17-year-old high school student in 1957, when it was type-set by hand before it transitioned to the type of computer-based production used today. “It was eye-opening for this kid from New Jersey. And I enjoyed it.”

After becoming dissatisfied with the Ocean Beach-centric coverage of the FI-based papers he previously delivered as a kid, Trien sought to cover all 17 communities when he launched the Fire Island Weekly, then changed the name to Fire Island News after two seasons (The News is published between Memorial Day and Labor Day). He would be the first of a handful of publishers over the paper’s six decades in existence, although some held onto it longer than others.

There are some published accounts that Trien bought the Fire Islander, a defunct paper founded by Wolcott Gibbs, a critic for The New Yorker who stopped publishing his paper in ‘56. Trien said he tried to buy the paper, but was rebuffed. The attempted sale, combined with a desire by some to romanticize the News by linking its history to Gibbs, appears to be the source of this falsehood that reverberates to this day.

The paper made news itself repeatedly in its early years. In 1960, The New York Times reported how Ocean Beach officials cancelled the News’ lease in a village building in what Trien said was retaliation for some unflattering coverage of the administration. Three years later, then-Ocean Beach Mayor Arthur Silsdorf was arrested for allegedly assaulting a News reporter who was covering a story about police brutality, but the charges against the mayor were dropped after a grand jury declined to indict him, the Times reported at the time.

Trien also led the paper just as Fire Islanders were fighting against Robert Moses, the master builder who shaped much of New York and wanted to extend Ocean Parkway down the middle of FI. The founding of FINS as a national park in 1964 effectively spared the island being paved over like much of Jones Beach. The News is now the official paper of FINS, which remains largely car-free.

After several years, Trien pursued a career as a lawyer and turned over the reigns to his mother, the late Bee Garfield, who was the paper’s bookkeeper and Ocean Beach gossip columnist. Bee ran the paper until 1986, when she turned the paper over to Trien’s wife, Ildiko, who focused the paper’s attention on investigative journalism.

“I went after everything,” Ildiko recalled, ticking off a list of exposés. “Anything that was a problem…anybody who had a problem I looked into it and I solved it.”

The combination of hard-hitting journalism and small-town politics made life difficult at times. There were harassing calls, threats and an arrest on what Ildiko recalled as trumped-up charges that were later dropped. A decade later, the family sold the paper to Nicole Pressly Wolf and her then-partner before Nicole took it over herself.

“I figured, what do I have to lose,” Wolf recalled, noting that she bought the paper in 1996 after being a freelance writer for the News one summer. “The momentary insanity of youth! And of course it was my first summer on Fire Island and I fell in love with it.”

Wolf prided herself on connecting the communities with one another, but during her tenure the newspaper industry began its national decline. Print advertising revenue dried up with the increasing popularity of the internet after the turn of the millennium, causing many newspapers nationwide to go bankrupt. Publication of the News decreased from weekly to biweekly, then monthly and, after Superstorm Sandy in 2012, it was online only for the summer of ’13 – not an uncommon trend in newspapering these days.

The following year, Wolf sold the paper to Michael Pittman, who had previously run a small publication called the Fire Island Reporter based out of Cherry Grove. Pittman, who has a lengthy rap sheet and three felony warrants for his arrest in two states – for violent crimes in his native Indiana as well as for failure to appear in court to face drug and theft charges in Florida, records show – brought the paper back as a biweekly in the summer of ’14, but then inexplicably stopped returning calls or publishing the News halfway through the summer. The staff – a scrappy crew of freelance writers that telecommute – hadn’t been paid in months, prompting them to stage a virtual walkout.

Pittman, who did not return a request for comment, then sold the paper to Chris and Laura Mercogliano, who own The Palms Hotel group and CJ’s Restaurant and Bar, as well as other local business interests. The Mercogliano family once again returned the paper to its current biweekly format in 2015. They hired Shoshanna McCollum, a longtime Fire Island Tide reporter and author of several books about Fire Island, as editor in chief, and Craig Low, a seasoned marketing executive, as publisher. They lead the paper to this day.

Through the highs and lows, “Fire Island’s longest-running news source since 1957,” as the motto goes, has remained true to its mission of being the paper of record for the beach. The spirit of the paper it embodied in its longest-continually running columnist, Hugh O’Brien, who has been writing Saltaire Summery – the community gossip column for the village, where he’s served as trustee for 24 years – since 1974.

“I think a lot of the fun was back in the days before the internet,” he said, recalling the era when he’d write his column up on a typewriter and then walk down the shore to Ocean Beach, where he’d hand deliver it to the editors. Nowadays, like the rest of the staff, he can just email his column and save himself the walk, although he misses the chance to chat up the newsroom.

“The privilege of seeing the evolution of an entire edition develop is an astounding experience,” says Laura Mercogliano. “I am more and more impressed with each passing issue, and I feel very fortunate to be associated with such a brilliant team.”