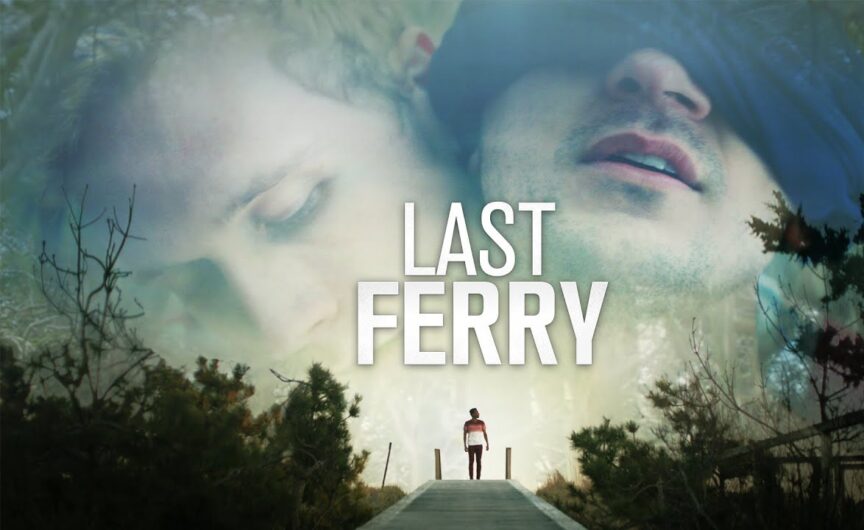 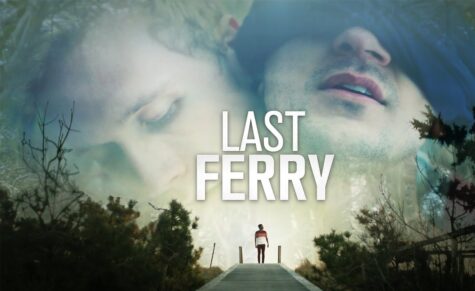 Films set on Fire Island are few and far between, so when one of those rara avises flaps its way onto the big screen island residents will no doubt pay good money to see it, for its curiosity value if nothing else. But unless you’re inveterately buy-curious and don’t care what you pay for, our advice is to skip “Last Ferry,” a 2019 indie production whose sole distinguishing feature, if it even amounts to that, is that it’s a murder mystery with a gay backdrop.

The film revolves around Joseph, a sullen and unattached young attorney who abruptly bolts his Manhattan office and heads to the Pines, apparently for no other reason than he’s heard they have lots of parties. He has no luggage, no place to stay, never been there – and, as we see on his cellphone, it’s Friday, April 13. Friday the Thirteenth? O, the portents! Now if only he’d been named Jason instead of Joseph and brought along a hockey mask, all our troubles would’ve been over.

Anyway, Joseph’s told two things by helpful locals: the season hasn’t started (a revelation that calls into serious question his professional skills) and “Stay away from the meat rack,” the last from a denizen clearly more interested in Joseph’s salad than his safety. Naturally, Joseph loses no time disregarding this cautionary admonition, in consequence of which he’s drugged, mugged and left in the rack…and, through his wooziness, hears and sees someone being murdered and tossed in the bay.

Having allowed himself to be taken in (in the con-artist sense) by one stranger, Joseph, un-chastised by experience, allows himself to be taken in (in the Samaritan sense) by another stranger, Cameron, who gives Joseph bed, board and more bed for the weekend. But is all really benign? Out of nowhere Rafael, Cameron’s childhood chum, whom everyone thought had left on that (you should pardon the expression) titular last ferry the day before, turns up. Rafael, it develops, is hiding a dark secret. Can you guess what it is? Of course you can. I mean, a serial killer…eating cereal? To be fair, the film suddenly comes alive in its final 15 minutes, a sinister and terrifying turn of events that hints at what, in more skilled hands, should have been seen in the preceding 71. Yet even this nightmarish finale fizzles amid little suspense, much confusion and no resolution.

The film is the project of its star, Robert Torres, who plays Joseph; he also wrote, edited and co-produced. On all counts, Torres towers not. His writing is especially weak: the film’s dialog is boring, repetitive, and insulting, lacking wit or understanding. Loose ends and unresolved plot points abound, all credibility tossed (from the ferry, no doubt) overboard. The people are mostly one-dimensional and unattractive: Joseph in particular is tactless, clueless, a compulsive liar and a bit of an idiot, not qualities looked for in a character with whom the audience should sympathize.

Only Sheldon Best (Cameron) and Nyles Clohessy (Rafael) manage fully-realized performances, inhabiting their characters and moving them beyond Torres’s insipid stereotypes. The cinematography is poor (no small achievement, considering the scenery), the music fit for an elevator, the direction of Jaki Bradley so flat, listless and unimaginative that the film would be doomed even without its myriad other flaws. Neither entertaining nor innovative, it’s the work of people who’ve evidently seen a number of suspense pictures but lack the talent required to produce even the faintest imitation.

Early on, Joseph says to Cameron, “Thank you for everything,” to which Cameron replies, “Oh my God, stop saying that – it’s not the Oscars.” No, but it’s as close as this movie will ever get to one.