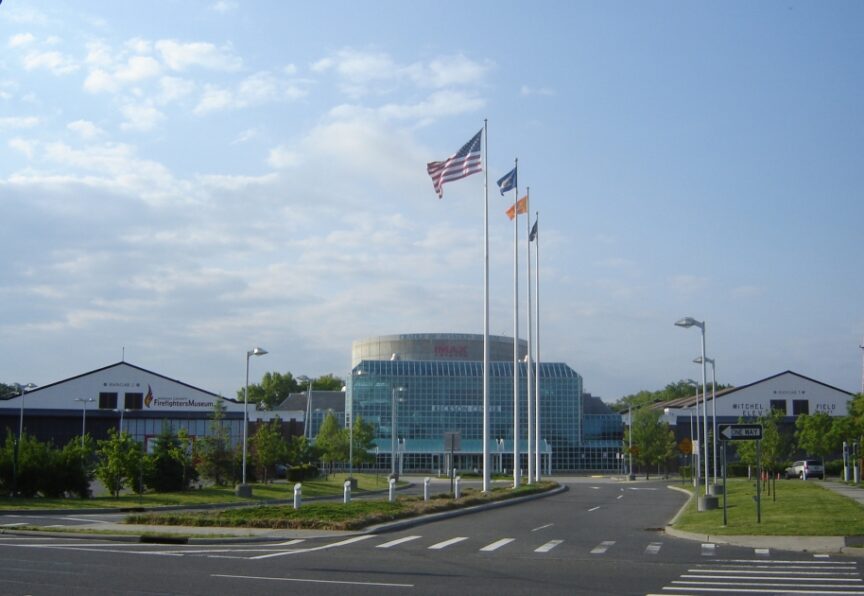 Long Island University hosted their 2nd Annual Gardiner Symposium on “Digitizing Local History Sources: The Past as Prologue,” at the Cradle of Aviation Museum, on June 22, at 3 p.m.

The Robert David Lion Gardiner Foundation has funded the Palmer School of Library and Information Science at LIU, and they are in the midst of their six-year project to digitize materials provided by 28 participating historical societies. The project has gathered and digitalized 35,000 images, totaling about 8 terabytes of data.

The Symposium celebrated the digitization project and the work being done at LIU by showing three different presentations by the Fire Island National Seashore, Preservation Long Island and the Long Island Railroad Museum. Kimberly Cline, president of Long Island University, began by introducing the project. “I think this project is a truly important one that LIU is really focused on as a nationally recognized teaching and research institution,” said Cline. “And that means not only do we want to have great teachers in the classroom, but we also want to be giving back to our communities and doing good research. We felt like this is really important work. We need to make sure that we’re protecting the assets that we have and our historical knowledge. And I think the whole campus has really embraced this.”

The digitization project is directed by Professor Gregory Hunter, who has been at the forefront of helping the Palmer School become a nationally recognized leader in library and information science.

“The Palmer School has been able to help the local historical society community on Long Island achieve some goals … to process materials and most importantly to make them available for future generations using a fellowship program of currently 14 master’s students,” said Hunter. “Today we’re celebrating the end of our second year of that.”

“We are almost halfway through the project and it’s been an absolute thrill how much we have been able to accomplish thus far,” said Hunter. “We have experienced students and they’re able to work independently and some have even been hired by historical societies after our work together at LIU.”

The Digitizing Local History Sources project has a fund of $1.5 million and it will continue through 2022, according to Hunter. “The approach to the project is that we have master’s students capturing images both on campus and in the historical societies,” said Hunter. “We have doctoral students from our information studies program who are studying the knowledge and organization of metadata creation.”

“By the time the grant is done, we won’t be able to do everything [digitize] for everyone, but we hope to be able to do priority work for as many people as possible and also to help historical societies with their management of their resources.”

Hunter spoke about the management of resources in regard to digitizing as one that requires multiple backups, massive amounts of storage, and different software. According to Hunter, the project thus far has collected 872 gigabytes or 8.8 terabytes of data, and future plans for the project are based on what has already been accomplished in the first two years.

“We will migrate the data to the new version of the software we use, called Preservica, and by this time next year, that new version will be available for access by the local societies and the public,” said Hunter. “Preservica is keeping track of the integrity of the records. Everything we do is tracked for history or authenticity checks … we hope to work with 80 historical societies.”

Lastly, Hunter gave what he calls a “plug” for the Robert Moses Collection Project, a unique public private partnership funded by the Gardiner Foundation with a $700,000 grant to LIU and the Palmer School.

“It is a brand new project that’s only begun in the last couple of months,” said Hunter. “It is a three year project to identify, arrange and describe and digitize, as much as we can, the material of the Robert Moses era that is still in the headquarters of Long Island parks, and the parks region for New York State.”

“The Fire Island Communities: A Cooperative Model for Historic Preservation” was the first of three presentations, given by Kaetlyn Jackson, park planner for The Fire Island National Seashore.

“The story of Fire Island starts with the Fire Island communities,” said Jackson. “They’re important stories of each 17 communities that have been told, but the park service wants to tell them better. Specifically, Cherry Grove and the Fire Island Pines’ history is important for our society because they’ve impacted a lot of local, regional and global movements for the LGBTQ community.”

Jackson moved on to discuss that each Fire Island community has made contributions to architecture. “All the communities are very different,” said Jackson. “If you go from each one, they each have their own style and their own personality. And there are architects that are very well known that have kind of made Fire Island their canvas for developing some styles of architecture.”

Photos were presented by Jackson of the Summer Club, both in 1979 as well as today, to illustrate to the audience how the digitalization of photo records can help us accurately recall history.

“The National Park Service is not a nonprofit,” said Jackson. “We’re not a historical society, but our role is facilitating this project. We see value for the community in capturing the untold stories of Fire Island that have been missing for so long.”

Jackson mentions that at the start of their partnership with LIU and this project that a series of workshops and meeting were held to initiate the conversation about why this project was brought about, and more specifically, which images and documents can be used. Eight hundred images have been scanned and archived by the Cherry Grove Archives Collection, one of the five historical societies to exist on Fire Island.

“When we got the opportunity to work with LIU and the foundation, we said, ‘wow,’ this is a great opportunity,” said Rooney. “We’d love to have your work and we need expert advice because what we’re doing is an amateur operation. But it was so great to have people who really understood how to do this in a more systematic way.” 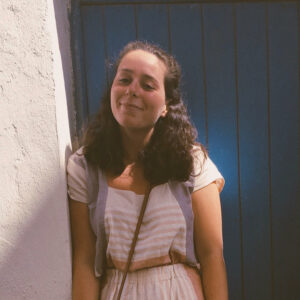