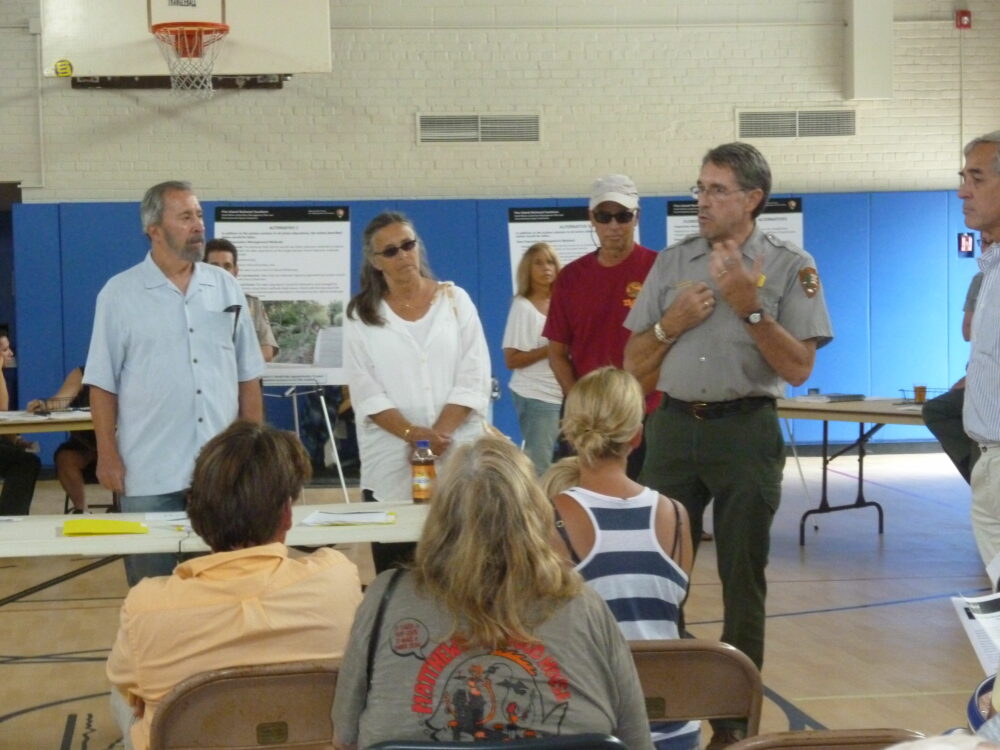 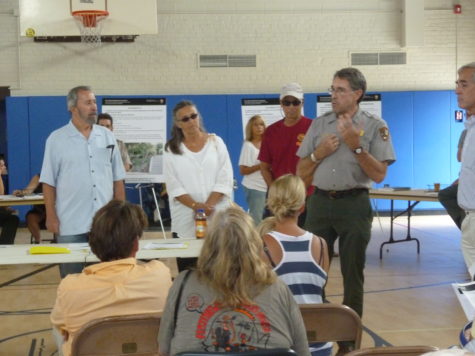 Fire Island National Seashore (FINS) officially announced the retirement of Park Superintendent K. Christopher Soller, effective March 31, 2018. He departs after holding the title for nearly a decade – longer than any prior FINS Superintendent preceding him, and a career spanning 41 years with the National Parks Service (NPS).

He came in on the heels of the very charismatic Superintendent Michael Reynolds, whose skyrocketing career with NPS eventually elevated him to the role of National Park Service Acting Director in January of 2017. In contrast, it took time for Fire Island residents to warm up to Soller, who often came across as shy and reclusive, but his accomplishments spoke for themselves.

The long overdue FINS General Management Plan languished for over a decade before it was finally completed on Soller’s watch. In the wake of Hurricane Sandy, he would deliver a comprehensive breach management plan to address the geographic changes that affected the Otis Pike Wilderness Area, while simultaneously working on coordinating with the U.S. Army Corps of Engineers on the Fire Island to Moriches Inlet Reformulation Study (FIMI), among other storm recovery efforts on the barrier island.

“He has taken on what others would not and I am glad Chris has been here through these challenging times,” said Suffolk County Executive Steve Bellone when he presented Soller with an honorable certificate of citation at an Fire Island Association meeting on July 25, 2015.

However, many believe Soller also leaves behind a legacy of divisiveness among Fire Island’s constituency.

Nude sunbathing was abruptly discontinued at Lighthouse Beach in 2013 – a blow to clothing optional beach goers, as it was one of the more popular locations where the lifestyle was tolerated in the Tri-State area. Smaller traditionally clothing optional spots on Fire Island were then systematically shutdown over the summers that followed.

Then there is the controversial White Tailed Deer Management Plan championed by Soller, advocating the culling of Fire Island’s docile free roaming deer population, which was adopted as policy on New Year’s Eve of 2015. The press release announcing Soller’s retirement issued by FINS headquarters in Patchogue on March 22, 2018 lauds the Deer Management Plan as one of his triumphs, but there are presently two lawsuits pending against it by three not for profits in which NPS, FINS, and Soller was personally named among the defendants. The suits include:

“I think that it is important to hold Chris accountable for some of his decisions,” wrote a representative of Fire Island Wildlife Foundation, Inc. in an emailed statement to our publication. The Saltaire, NY based organization released a report over the winter that claims 1442 registered comments were in opposition to the proposed deer culling, while only 107 comments supported it during the Open Comment Period of 2014 when the White Tailed Deer Environmental Impact Statement was still in its preliminary stages.

If the lawsuits do not prevail, funding has already been allocated so that FINS may retain sharpshooters to cull the deer herd at William Floyd Estate at Mastic Beach in 2019; with either sharpshooting, a public hunt, or some combination of both to be utilized on Fire Island proper in 2020 – 2021.

FINS Assistant Superintendent, Kelly Fellner will step in as acting superintendent until a permanent replacement is announced.

Stoller’s 2013 actions defying civil rights to the clothing optional community that had them for decades was nothing short of fascism. We,as a community,gave and supported NPS for years. From fundraisers to board walk building volunteerism. I was a beach ambassador for 3 yrs at lighthouse beach. I worked with the rangers to promote proper beach ediqueete. It ended up a one way relationship as I promoted the ediquette but never had NPS backs enforcing this ediqueete. We had to self police without police support. Yes there was a lot of apathy among beachgoers assuming their civil rights were a… Read more »

NPS Superintendent Chris Stoller exceeded his authority when he shut down the beach to nude use. Naturism is not a “lifestyle” it is a form of beach recreation. As a recreation, it stands equally with beach recreation for people who wish to wear garments at the beach. To shut down the nude beach section without calling for a public hearing on the matter, violates the NPS Rule Book which Mr. Stoller was hired to operate by and has sworn an oath he would execute. Further when Mr. Stoller was originally hired by the federal government he took an oath to… Read more »

great article hopefully a humane solution will happen for the deer and nudists will one day return to the shores of fire island & trump does no damage to our precious island with visions of off shore drilling in his highly un environmental policies .