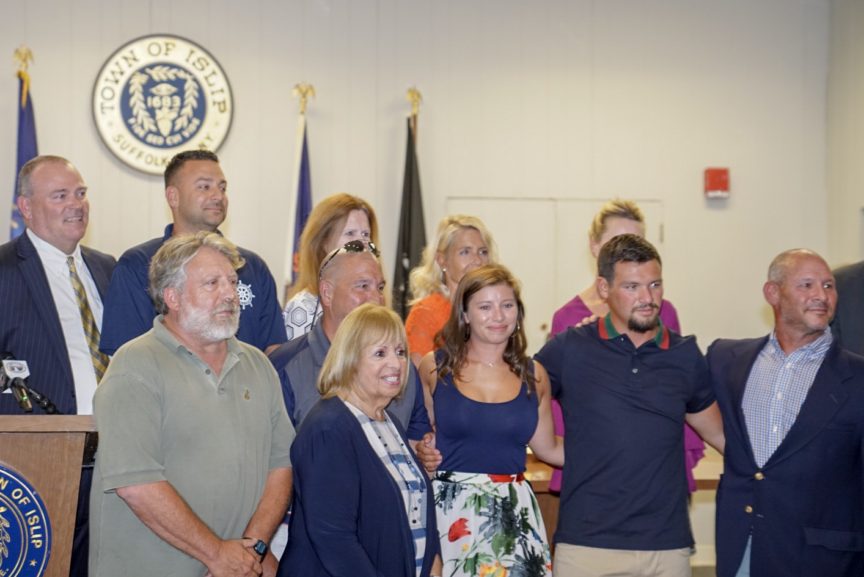 Tragedy was avoided on Fourth of July, thanks to some fast acting lifeguards, and a ferry captain and his crew, all who were honored at Islip Town Hall on Aug. 21, 2018. According to compiled eyewitness accounts, as well as a statement by David Anderson of Fire Island Ferries, Inc. (FIFI) of Bay Shore, a 4-year-old boy, holding his mother’s hand, slipped between a ferry and the dock while boarding a 5:2 0 p.m. ferry bound for Seaview.

Off-duty Town of Islip (TOI) Head Lifeguard Frank Lepore and his children, Hanna and Sam Lepore, also TOI lifeguards, were returning from Fire Island after a day’s shift, when they, along with the ferry crew, sprang into action. Ferry Captain Mike Miller and Frank Lepore both dove into the water, while the Lepore children and FIFI crew members, Michael Hand and Noah Chalvet, used their bodies to push the multi-ton vessel a safe distance from the bulkhead, so the child would not be crushed should the ferry get caught in a wake. Much to everyone’s relief, the young boy was retrieved unharmed.

Islip Town Supervisor Angie Carpenter bestowed honorable citations to all parties involved in the rescue. A second ceremony is planned at the Seaview Association meeting scheduled for Saturday, Sept. 2, at Fire Island Synagogue. 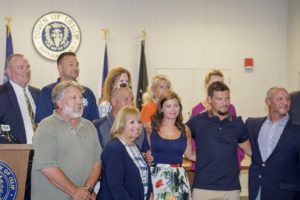 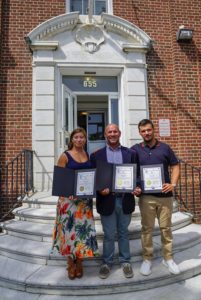 Hanna, Frank, and Sam Lepore on the steps of Islip Town Hall holding their honorable citations.