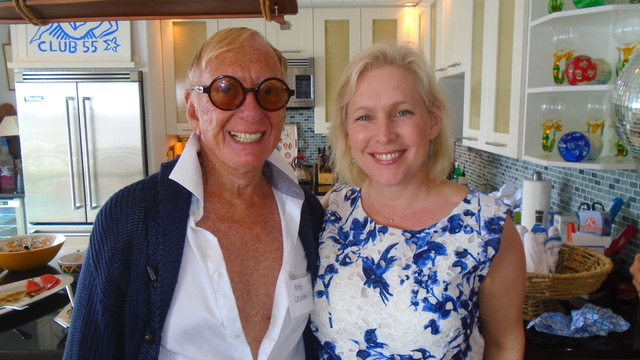 While absorbing all of the culture on the deck, Dominique Palmer and her daughter, Roz Palmer, approached me. Dominique is the daughter of Priscilla who lives in Washington, D.C., and the late Bob Alfondre, who lived in the Pines for many years. The family still has their Pines house. In 1960, Bob, Priscilla, and Dominique spent two weeks with me in the Grove with my late friend, Dick Kale. Priscilla was pregnant with her second daughter, Nicole. We reminisced and had some very touching moments. Dominique now lives in Newport, Rhode Island. 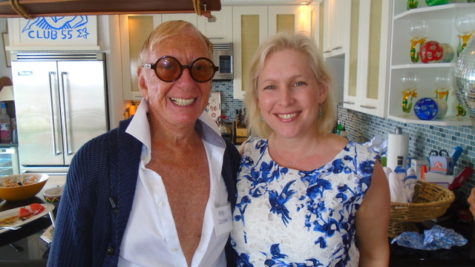 Senator Kirsten Gillibrand visited the Pines for the seventh time for a fundraiser at the home of Gene Kagin and Robbie Regina. At least 100 people were there to great and meet.  We enjoyed hearing the senator speak. Andy Tobias, Ed Schulhafer, Todd Sears, Chris Garin, Joe Conforti, Michael Gaisa, Andy Baker, Ward Auerbach, Chris Coad, Henry Robbins, and Bob McGerity were among the guests.

The senator spoke passionately about President Trump’s ban on transgender military. “We have to shout from every rooftop, it cannot be allowed. The line in the sand has to be long and bright … because if they attack the LBGTs, women will be next, then Jews and blacks – it is never going to stop!” How prophetic that the events in Charlottesville, Virginia, were unfolding as they were, almost to the hour of us assembled in that living room to hear her speak.

Gary Kors and Roy Yaeger want to thank all those who contributed to the Fire Island Beautification Fund. Japanese Cherry Trees were planted in the harbor area last spring. Contributions can be made to The Pines Foundation, P.O. Box  5305 Fire Island Pines, NY 11782.

This year’s SPRAY pool party was themed “Let The Sunshine In”, and was held in the Pines on the weekend of Aug. 12, sponsored by ShareGurl. The beneficiaries include Ali Forney, Water Project, Trinity Place Shelter, and The Pines Care Center.