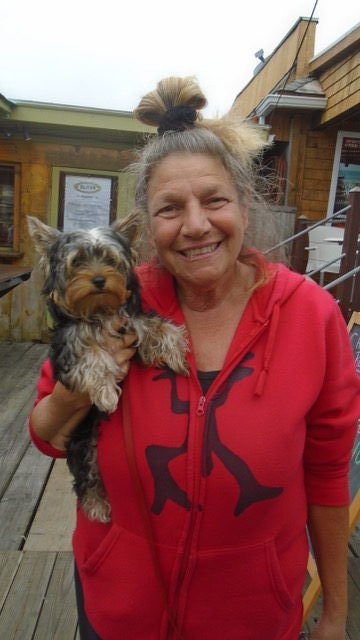 I’m sure you and your friends had a great time at the 43rd Annual Invasion on Fourth of July! Getting to see the hundreds of those glamazons arriving from Cherry Grove to invade the Pines in high drag is a sight like none other. They keep the tradition going strong. I had some official duties of my own to attend to for this important day, I ask you to patiently await the following issue for more detailed coverage of this event.

Many of our Pines regulars took the prior weekend off to attend Pride March in Manhattan, on June 23. It was important to have ourselves represented at this key march where it really all began. Loved the NYPD Pride truck!

Gil Neary and Scott Reidel are the royal party makers of the Pines. They recently hosted a VIP party for Bear Weekend, produced by Shane Tate. Dino and Richard of Bay Walk are constantly on the party circuit in the neighborhood; and thank you Randy Wilson, who is always here as well, organizing many charitable events. Recently Randy organized a tag sale that was very successful for the three religious organizations in the Pines/Grove area: Congregation B’Nai Olam, St. Ann’s Episcopal, and Roman Catholic Association of Fire Island. Peter Kiernan and Roy Vickery were the official cashiers, and all were very happy with the results. Peter and Roy just returned from a 10-day vacation in Paris and Antibes. Thanks to Mark Berman, president of Congregation B’Nai Olam, who rounded up all the volunteers.

Congratulations to Teresa and Chris Lovito who are celebrating their 18th wedding anniversary. They met at the U.S. Open in Queens. Chris worked in the Pines as a young man with John Whyte at the Blue Whale; he has been here for 40 years. He brought Teresa out here and she never left. They bought a house and have two lovely girls, Carley and Christie. Carley has appeared in many of the FIPAP shows in the Pines and will soon appear in “Mary Poppins” at the local Gateway Theatre, and hopefully will have a roll in “The Rocky Horror Show” in the Pines later this summer.

Jeffrey McLean who works at Whyte Hall for FIPPOA, has been chosen by United Way of Long Island to be their poster boy with his service dog Romeo. The ad runs periodically in Newsday.

Dominique Alfondre Palmer, daughter of the late Bob and Priscilla Alfondre (Priscilla passed away in January), and her husband Thomas arrived in the Pines with their daughter Rosamund from Newport, Rhode Island, to attend the wedding of second daughter Luned to Alan Smith. It was a small intimate family party. I have known the Alfondre’s since l957, and have attended many wonderful happy occasions at their homes in Washington D.C., Key West, and the Pines.

FIPAP will present the annual Labor Day weekend show on Aug. 31, and Sept. 1 and 2, at Whyte Hall. Joe Barros will be the director. An open audition for singers will be held on July 17 at the Ripley-Greer Studios, 520 8th Ave., 16th Floor, New York City, on Tuesday, July 17, from 6-9 p.m. Singers are requested to sing their favorite rock song.

In Memoriam: Jack Lichtenstein recently died at the age of 95, and was a legend in the Pines. He arrived here in 1964, with his late wife Rita, and their two children. Soon after they opened the Pines Liquor Shop. Jack and Rita were a team who worked on all the organizations. They were board members of FIPPOA, FIPAP and The Pines Conservation Society. They both loved performing in shows. In 1981 they were cast in “Pines Needles” and they got the show biz bug, performing in every show in the Pines until 2016. Through the years we performed in many of the Grove the Pines shows together. Jack was instrumental in building relationships with LBGT organizations and the Pines. Lambda, SAGE, God’s Love We Deliver and Miracle House were just a few. In addition to his life in the Pines, he was a board member at the Congregation Rodeph Sholom in New York City, the building in which they lived, and also a few LBGT organizations in the city as well. He and Rita were friends and supporters of people in need of health care, housing, food, and clothing. They were generous contributors to many charitable organizations that helped people in need. Jack loved the Pines, and we loved him back.