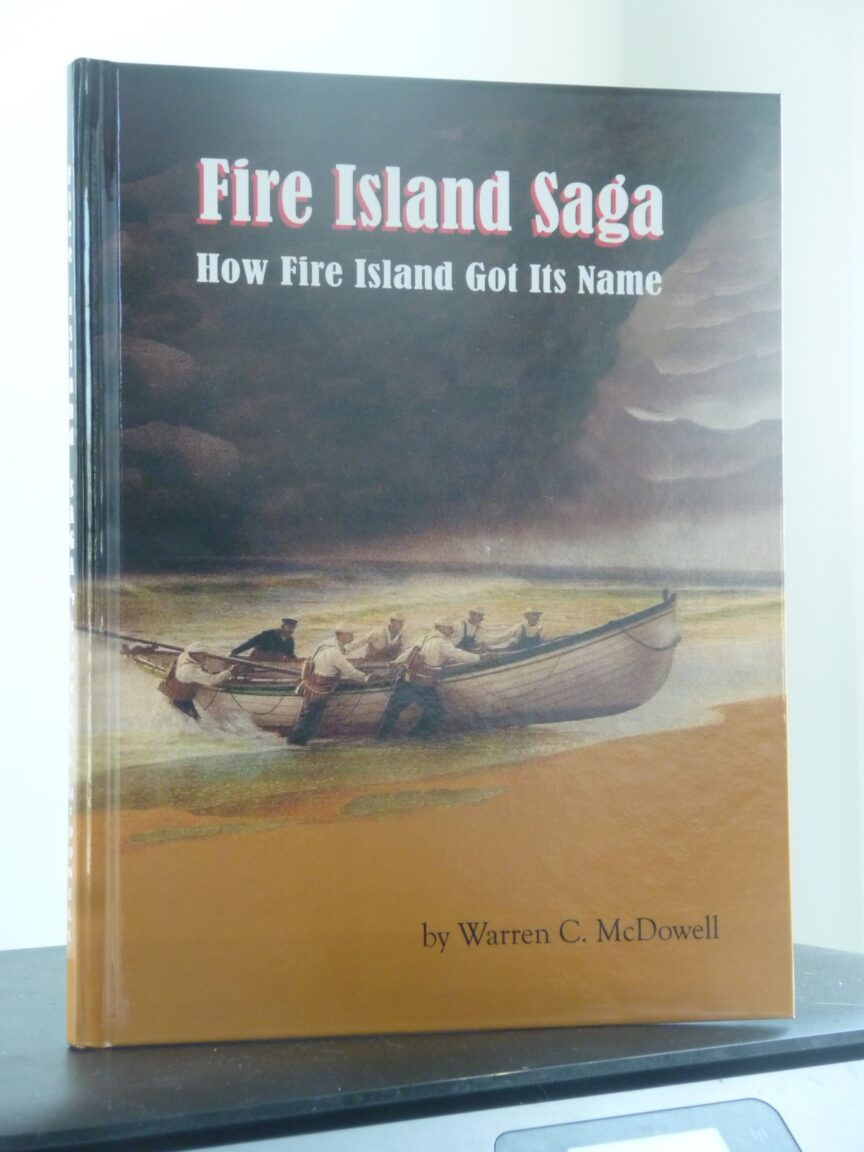 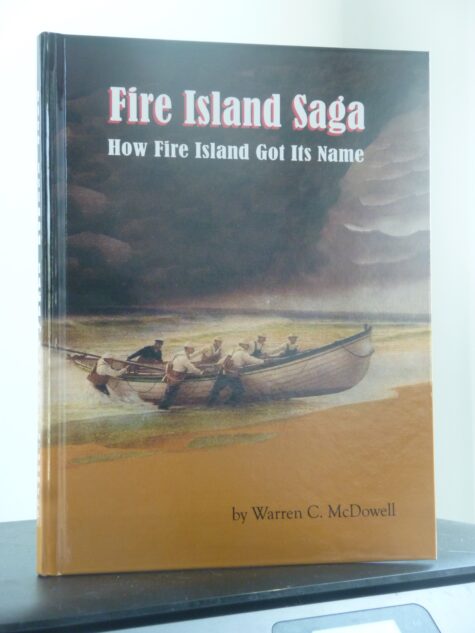 Warren C. McDowell is a historian and folklorist, one of the original board members of the Fire Island Lighthouse Preservation Society, as well as founding publisher of the news publication Fire Island Fire Island Tide,. To say he knows something about Fire Island is to say there is sand on the beach.

You want island legends? You want Vikings and native Indians? You want pirates? (McDowell says they didn’t exist.) You want the skinny on the “deadly ship trap?” Whaleboats on the bay? You’ll find them all, researched and documented by the author, in “Fire Island Saga: How Fire Island Got Its Name.”

Maps and drawings, photos, engravings, paintings and lithographs – a little boy in a sailor suit and Buster Brown haircut – all manner of illustrations, curated by the author, are smartly laid out on page after glossy page by Dusty Grant for your viewing pleasure.

Putting legend and folklore aside, McDowell relies on maps, surveys and nautical diagrams (only “verifiable printed material”) to chart his course in bringing to readers Fire Island’s rich nautical history. No small task when you consider the hundreds of thousands of books and manuscripts that were destroyed in the New York State Library fire of 1911, one of the greatest library disasters in modern times. Many of the sources there had contained information relevant to the author’s research.

But sleuth away McDowell did. Through a succession of maps, some found by combing through antique books and dusty file cabinets hidden away in the basements of old libraries, he strove to separate fact from fiction.

The first recognizable map of Long Island appeared with “questionable outlines” that did not include the barrier beach. Understandable, when you consider that in 1614 such maps were made in Holland (Long Island was under Dutch jurisdiction then) by illustrators who had never been to America and relied on the memories of seamen who had sailed here.

One of the early descriptions of the barrier beach that included a separate inset map of the barrier island, came from the 1656 logs of the ship “Prince Maurits.” Marooned there and rescued by Native Americans in dugout canoes, the stranded colonists learned “the place was called Secoutagh, Sichtewach and Sighewagh.”

A pen and pencil drawing during the Revolutionary War, cited as “Major John André Spy Map 1781,” is one of the first maps to name Fire Island, clearly written in lowercase script. And why spy map? My best guess is that André was a British spy with connections to Benedict Arnold. The major was blindfolded and hanged from a gallows in New York State; a colorful image records the event.

“West Island or West Fire Island ~ East Island or East Fire Island,” are but two of the naming conundrums McDowell sets his mind to clarify in his book. Using a record of surveys and maps from 1614 through 1964, he traces how Fire Island’s name evolved. One way it did not receive its appellation was from the burning rash produced by the poison ivy plant that grows profusely on Long Island. He takes issue with the Fire Island National Seashore and the Fire Island Lighthouse whose lectures include this misinformation. “…nothing is further from the truth,” McDowell declares.

If the cartography of the barrier beach is not your cup of salt water, there’s plenty here to interest and entertain you. Divided into five chapters, the book outlines the Dutch, English and American involvement in Fire Island’s heritage starting with the 17th century to the present.

History buffs can make use of a list that cites articles they can retrieve. Readers may recall the shipwrecked “Elizabeth,” on which Margaret Fuller, a 19th century feminist and writer sailed, which sank on the shores of Fire Island in 1850. This tragedy was a plot point in Angela Reich’s novel, “Shipwreck of Hopes,” reviewed in this column last summer. There are also relief huts and lifesaving stations, and the history of the Fire Island Lighthouse to learn about. In their leisure, readers can peruse the illustrated pages for turn-of-the-century docks, old-timey postcards, and 19th century fashion plates.

More mission than undertaking, this book, with its depth and detail, could only have been shouldered by one who has a true love for his subject. McDowell has put together a book that he has justly titled “saga.”

“Fire Island Saga: How Fire Island Got Its Name” is available at grocery stores and gifts shops in communities throughout Fire Island, as well as major online book retailers.