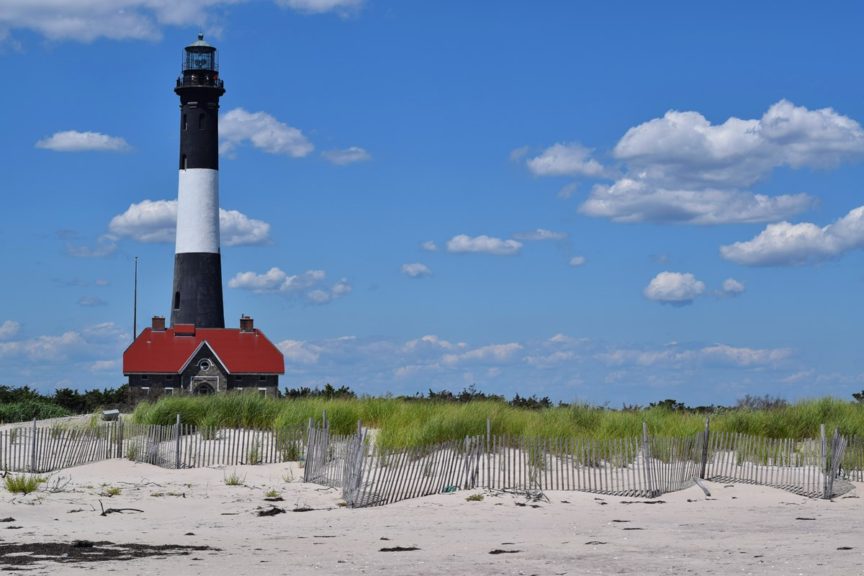 Fire Island advocates pushing hard for the barrier beach to be designated a World Heritage Site – a designation that could come with grant funding and a higher profile – aren’t taking no for an answer.

Behind the effort is Babylon-based attorney Irving Like, who famously helped lobby for the creation of the Fire Island National Seashore (FINS) in the fight to stop the late master builder Robert Moses from paving a highway down the island a half century ago. Former FINS Superintendent Chris Soller dismissed Like’s World Heritage Site idea four years ago, but an undeterred Like is now praying for help from Rome.

“There is the possibility of Vatican outreach in favor of designation,” Like recently told Newsday.

Even with the 93-year-old lawyer’s sticktoitiveness, the pitch could use some divine intervention. Besides (successfully) getting local news outlets to widely report on his mission and generating some grassroots support, he and his upstart nonprofit dedicated to the cause, the Fire Island Conservancy, must convince national leaders to add the beach to the United States’ World Heritage Site nomination list.

Easier said than done. Places in the New York Metro area that have been nominated but have not yet achieved the designation include the Brooklyn Bridge, Ellis Island and Solomon R. Guggenheim Museum. The only site in the Northeast to land on the list is also Manhattan-adjacent: The Statue of Liberty. All are manmade cultural icons, as opposed to Fire Island, which is being proposed for recognition based on its status as a natural gem. 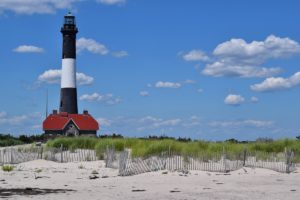 If and when a place is nominated, it is up to the United Nations Educational, Scientific and Cultural Organization (UNESCO) to decide who makes the cut at their annual meeting. The UN being famous for its painfully slow decision making process, even if FI miraculously got nominated, it could be years before it got the nod. Or it could simply join the scrap heap of World Heritage Site nominee rejects.

Of the 1,092 places that have tapped for the honor over the past four decades that World Heritage Sites have been a thing, only 23 are in the U.S. and most of those are natural treasures. Among them are the Grand Canyon, the Everglades and Yosemite national parks. Sites that have made the list worldwide include the Great Wall of China, the Great Barrier Reef and Machu Picchu.

That is to say, FI would be in extremely good company.

Like has been making the case to anyone who’ll listen that the beach meets at least a half dozen of UNESCO’s 10 criteria for becoming a World Heritage Site, although the organization only requires that a nominee meet just one.

“Superlative natural phenomena or areas of exceptional natural beauty and aesthetic importance,” is listed as some of the winning criteria for such sites. So is being “an outstanding example of a traditional human settlement, land-use, or sea-use which is representative of a culture, or human interaction with the environment especially when it has become vulnerable under the impact of irreversible change.”

Take, for example, the Sunken Forest, an extremely rare maritime holly forest on FI. Or the Otis Pike High Dune Wilderness area, an eightmile stretch of untouched barrier beach that is the only federally protected wilderness area in New York State and the smallest one managed by the National Park Service, FINS’ parent agency. Both are exceptional and undeniably threatened by climate change and sea-level rise.

Helping Like keep the faith is John T. Tanacredi, a professor of earth and environmental sciences at Molloy College, who says FI’s vulnerability adds to its worthiness.

“Being along a dynamically changing coastline also lends credibility to this proposal,” he told the Islip Bulletin. “This designation does not change the way these resources are managed, but does add to the identity of a fragile area to be protected in perpetuity for the entire world to appreciate and understand.”

Few besides Soller have publicly gone on record as critical of the idea. The ex-sup previously told the News that although “an interesting idea,” he said, “The process for nominating and designating a World Heritage Site is complex and lengthy. It would be a long shot for Fire Island to be successful in obtaining World Heritage status.” It’s unclear where his incoming replacement stands on the issue.

Like tried to make Soller see the light before looking to Pope Francis.

“We are fully aware that the process of nomination and designation is complex, lengthy and a long shot, but so was the creation of the Fire Island National Seashore a long shot,” he has said. “We believe such designation … will ensure its success, in the long-term protection of the natural and cultural resources of Fire Island.”

While one of FI’s last remaining founding fathers may have a good case to make, Like acknowledges that this is one idea that he will have to pass on to the next generation of advocates if it is to have any hope of becoming reality. The question is, who’s joining the mission?