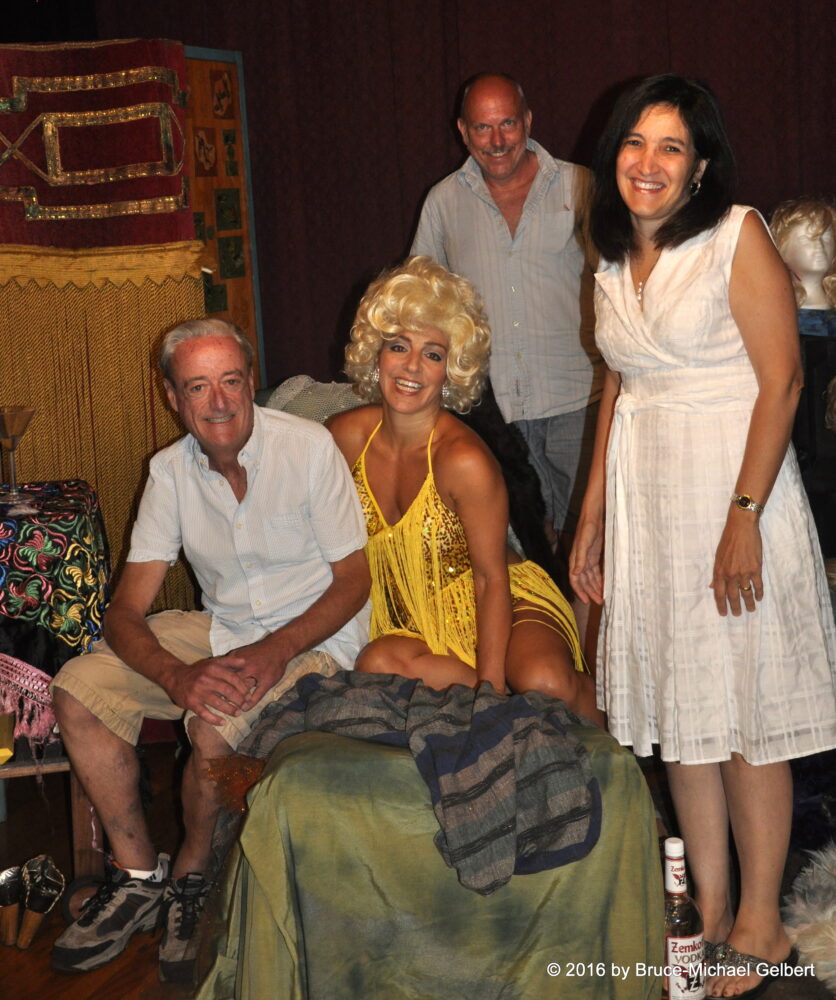 “Five Minutes, Miss Draper,” a new musical by Susan “Lavinia Draper” Campanaro (conception and writing) and Lynn Portas (music and lyrics), with Lynn Portas and Richard Kennedy, made its debut, under the auspices of the Arts Project of Cherry Grove, at the Grove Community House, on July 23. “Five Minutes, Miss Draper” is popular singer, actress, and comic Susan’s intense look at the ups and downs, the dramatics and the melodramatics, the loves and losses, and the generally relentless rollercoaster ride that is the life of her alter ego Lavinia, passionate actress, understudy, singer, and lover.

Lavinia, often over-the-top, is well known from her Monday and Wednesday night shows at the Ice Palace, two hours at a time singing standards, Broadway, classic rock, and new pop, to prerecorded tracks, with Richard as her faithful DJ. Here she tells her story in dialogue with the mostly-unseen Richard, as directed by Mark, and vividly enhancing it are original songs – ballads, laments, up-tempo numbers with bittersweet, sad, or wistful underpinnings, showpieces redolent of Las Vegas, and expressions of bitterness and meltdown – written by Portas, who was at the Casio keyboard.

Teenage Lavinia leaves home in Palm Beach, Florida (“A Little too Old for a Very Young Girl” and “Lavinia”) to become a Vegas showgirl (“Wishing You Were Mine,” with a split and other intricate dance moves, “Circus Circus,” and “Love You Right Back”). She winds up becoming Betty Buckley’s stand-in, standby, and all-but-lifetime understudy, but alas, never gets to go on in “Cats,” on Broadway, or “Sunset Boulevard,” in London (“Losing My Show”), because Buckley never cancels! Her marriages, to a pig of a casino manager and to a gay Englishman, are equally disastrous (“Don’t Worry about Me” and “Strange Me”).

There’s a detour, in Elaine Stritch mode and look, with a gig reading books-on-tape, but that’s not the answer. There’s a great deal of booze and a stab at rehab (“Thank You, Betty Ford”), but frustration still haunts her. Through all her hardships, however, Lavinia comes up smelling like a rose, and the audience who loves her (“This One’s for the Fans”), and her efforts to reinvent herself endlessly (“As Long As”), keep her going.

Over the years, we’ve gotten bits of Lavinia’s autobiography, but here it’s all laid out linearly for us. What a fertile mind she has! And what a survivor she is! As Lavinia, chameleon-like, reinvents herself, so, no doubt, will this show go through many revisions and permutations. Much of “Five Minutes, Miss Draper” is a love letter to her fans, who give back as good as we get. 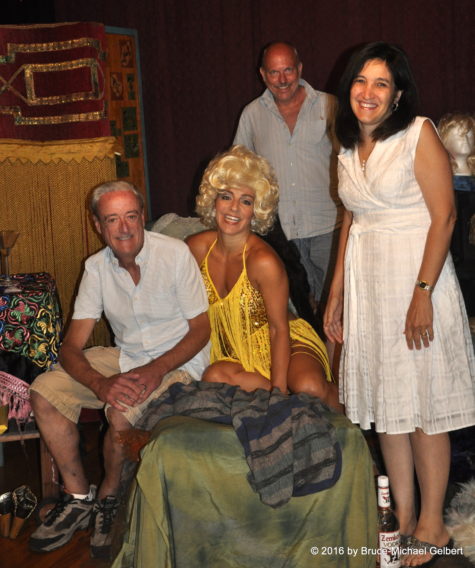