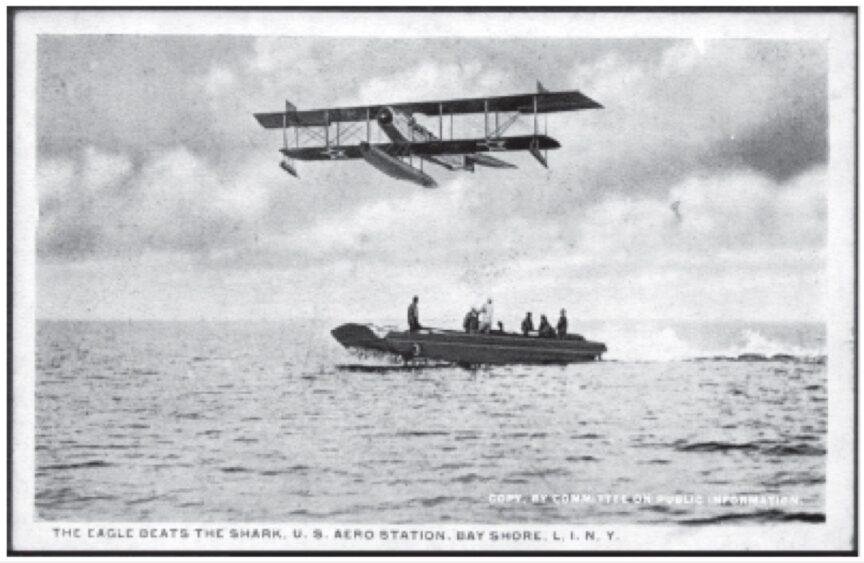 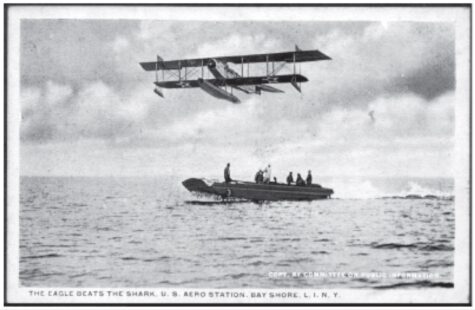 Long Island has a rich aviation history. It is home to the three busiest airports serving New York City (JFK, LaGuardia, and MacArthur) as well as numerous small airports dotting the island that provide everything from recreational flying to flight training to skydiving. There are other significant airports that have been lost over time to shopping malls, schools, parks and suburban sprawl – Mitchel Air Force Base in Hempstead, Floyd Bennett Field in Brooklyn, and, of course, Roosevelt Field in Garden City, home to many famous aviation pioneers such as Amelia Earhart, Wiley Post and Charles Lindbergh, who took off from Roosevelt Field on the first transatlantic non-stop flight to Paris in 1927.

Aviation industry giants also claim Long Island as their birth places. Republic Aviation in Farmingdale built the famous P-47 Thunderbolt, the most produced aircraft during World War II. But the most famous industry has to be Grumman Aeronautical Engineering Company, founded in 1930 by Leroy Grumman. The company started in Bethpage, moved to Calverton and grew into the largest employer on L.I., famous for its string of fighter planes, the Firecat, Hellcat, Tigercat and Bearcat that dominated the skies during WW II. Grumman continued its success with the A-6 Intruder in the ’60s, the F-14 Tomcat in the ’70s, and its fleet of Gulfstream executive jets. It is most famous for its Apollo project Lunar Excursion Module (LEM) that landed men on the moon in 1969.

But long before Grumman or Republic came along, the little town of Bay Shore was giving birth to its own aviation pioneer. In 1915, Charles Lanier Lawrance moved to East Islip from Paris, where he had studied architecture. He was an aeronautical engineer at heart and had developed an air-cooled, 200 hp engine that was revolutionary in an era when water-cooled engines were the standard. He also developed a new type of wing section with an exceptionally high lift-to-drag ratio.

Upon his return from Paris, Lawrance established the Bay Shore Air Club at the foot of Garner Lane and adjacent to Lawrence Creek in Bay Shore. The Air Club was for like-minded 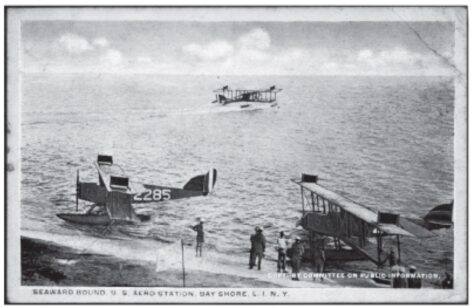 aviation enthusiasts excited by the invention of the airplane by the Wright brothers a mere 15 years earlier. In 1917, he founded the Lawrance Aero-Engine Company and began manufacturing his revolutionary new air-cooled engines.

These engines were the direct ancestors of the famous Whirlwind engines renowned for their reliability, durability, and their endurance on extreme long-distance flights. They powered the planes of such famous aviators as Admiral Byrd, Earhart, and Lindbergh, among others.

With the onset of World War I (1914-1918), the location of the Air Club was perfect for the Navy. It was strategically located geographically close to New York City and its key sea lanes, and in close proximity to other aviation oriented facilities such as the Sperry Gyroscope Company in Brooklyn, the Curtis Aeroplane Company, and both Yale and MIT Universities, which had begun turning out new Navy pilots. Thanks to Lawrance’s Bay Shore Air Club, the site already had the beginnings of a naval station.

Lawrance leased the property to the U.S. Navy for $1 a year for the duration of the war, making it the second naval base created in America after Pensacola, Florida. In 1916, the Second Battalion of the Naval Militia added eight acres to the base by dredging fill from the Great South Bay, after which work began on the construction of five new hangers. 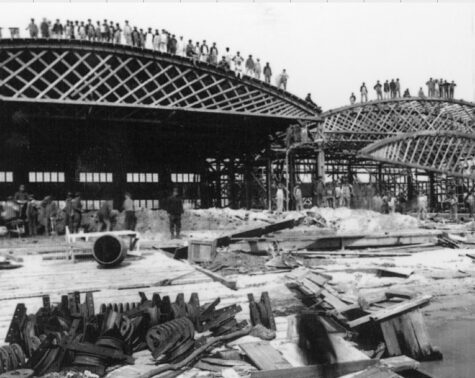 Hangers of the Bay Shore Naval Station at Garner Lane.

The purpose of the base was to train volunteers as pilots and aviation mechanics. At the peak of the war, the base was training approximately 1,000 servicemen per day, putting a logistical strain on the local communities. The Linwood Resort Hotel on South Clinton Avenue, Bay Shore, was used to house the airmen, but its facilities were outdated providing only limited heating during the winter. The Bay Shore Knights of Columbus held a fundraiser and purchased an old summer estate called Elysian View as additional accommodations for the troops. This site is now Saint Patrick’s elementary school. Local luncheonettes did their best to feed the airmen. The Ladies of Bay Shore, led by locals Mrs. Mulford and Mrs. Binkerhoff, fed lunch to 300 troops daily.

The Naval Base Bay Shore operated successfully throughout the entirety of the First World War. It was decommissioned in May 1919, and its personnel were transferred to Pensacola. The remains of the base quickly disappeared. The growing population of the area put pressure on suburban development for housing. Prohibition and the prolific rum-running in the area immediately following the war did not help, and the coming of the Great Depression turned most minds to survival. No one thought to preserve the memory of the base as time moved on, and its history has been all but forgotten.

Later in his life, Lawrance was asked that given the importance of his naval base and the immense success of pilots like Lindbergh and Earhart who used his engines in their exploits, why he remained relatively unknown. He replied, “Who remembers Paul Revere’s horse?”

Lawrance died in his East Islip home, Meadow Farm, in 1950.

The name of Paul Revere’s horse was Brown Beauty.

Postcards from the heyday of the Bay Shore Naval Air Station reflect the drama and energy of early military aviation on Long Island. (From the collection of Long Island Maritime Museum)