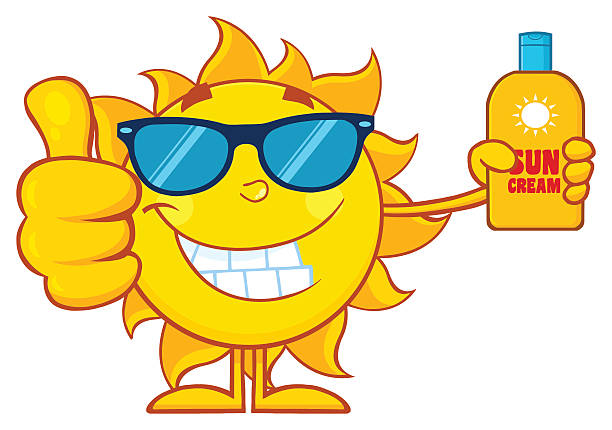 We’ve all had that moment: spent a morning meticulously packing for the beach to make sure that bright, multicolored bag with a somehow-endless supply of sand at the bottom leftover from past trips to the shore has everything we need for the day. As we arrive at the beach, we realize that somehow in the midst of our diligent packing, we’ve forgotten perhaps the most important thing we were supposed to bring: sunscreen. Thus begins the critical debate: how burnt am I likely to get if I do not go back to the house for sunscreen?

Fret no more, forgetful packers. This summer, the Northwell Health Cancer Institute has partnered with towns across Long Island to bring more than 50 free sunscreen dispensers to parks and recreational centers in Long Island, not to mention the 75 at New York City Aquatic Centers and 51 at beaches throughout the five boroughs. The initiative, conceptualized and started by Wendy Parr at Creative Advertising Concepts in Long Beach, is a response to both community requests for more readily-available sunscreen and growing concern over skin cancers.

In a press release announcing the initiative, Northwell Health’s Alexandra Zendrian noted, “Northwell Health is very responsive to the needs of the communities it serves. Community members expressed the need for free sunscreen to be more readily available during the summer months at key locations such as beaches, parks, and pools.” According to Director of Cosmetic Dermatology at Northwell Health and Assistant Clinical Professor at the Zucker School of Medicine Dr. Raman Madan, Northwell Dermatologists pushed the organization to become involved due to the high rates of skin cancer they were observing and treating. Northwell has also recently partnered with Village of Patchogue and Village of Port Jefferson, providing ten dispensers in each village. Three of the sunscreen dispensers are located at Jones Beach State Park and there are two available for frequenters of Robert Moses State Park. The sunscreen is available now through Labor Day weekend.

Parr first saw free sunscreen dispensers in Miami, and immediately recognized their power both in terms of public health and as a way for local towns and hospitals to provide a public service while also building relationships with residents. This partnership extends beyond the relationship between Islip, Babylon, and Northwell Health. Other towns on Long Island have partnered with local hospitals as well, like Stonybrook South Hampton Hospital, to provide the dispensers. “We know it’s helping and it’s just a great thing to have at the beach. If people forget to pack sunscreen or they forget to put it on, the dispensers can help remind them. Hopefully we can reduce the risk of skin cancer and maybe even save some lives,” Parr said.

Towns across Long Island have partnered with Parr in this work, most recently Islip and Babylon. “Prevention is our first line of defense. As a result of our partnership with Southside Hospital Northwell Health, the Town of Islip will have 26 FREE SPF 30 sunscreen dispensers at our parks, beaches, pools and golf courses. Skin cancer is a terrible disease, and we wanted to take that little extra measure to help our residents protect themselves and safely enjoy all of the wonderful amenities in the Town of Islip,” said Islip Supervisor Angie Carpenter.

However, the initiative goes beyond simply providing free sunscreen. Hospitals involved in the initiative are also travelling to beaches and recreation areas this summer to do free skin screenings. One screening has already happened in Huntington where over 30 people were able to receive this free service. In order to keep up with future free screenings, Parr recommends looking at the websites of towns and hospitals involved in the initiative, as they are coordinating the scheduling of the screenings. Some screenings may be scheduled in advance and communicated out via social media or website announcements, while others may simply consist of a representative arriving at the beach.

Parr notes that the initiative is also educational. Because of the visibility of the dispensers, Parr comments, “Kids are learning more about skin health and now it can be part of their normal routine and they can pass that along. This wasn’t a big concern 30 years ago, so it’s really nice that now it’s going to be part of what they do.” The partnership aims to provide folks on Long Island with the resources they need to reduce their own risk of skin cancer, and also build education of why skin care is so important to help address the high-rates of skin cancer in the United States. Madan notes that the initiative, though currently beneficial, will truly start to show an impact in a few years. “The program will start showing it’s benefits more in the future because skin cancer doesn’t show up overnight, it’s due to of years of sun damage,” he said.

The Skin Cancer Foundation notes that one in five Americans will develop skin cancer by the age of 70. According to the American Cancer Society, the number of melanoma deaths is expected to increase by 22 percent in 2019. However, most melanomas are caused by exposure to the sun’s ultraviolet radiation, the very thing sunscreens protect against.

The Skin Cancer Foundation identifies two different kinds of ultraviolet radiation that can increase risk of skin cancer. The first, UVB, is what causes sunburn and the second, UVA, causes wrinkles and exposure to UVA increases the risk that an individual will experience the carcinogenic effects of exposure to UVB. Sunscreen works by filtering out the number of UV rays that make it all the way to the skin’s surface. For instance, SPF 30, the grade provided for free in the dispensers, filters out 97 percent of the UVB rays that skin would otherwise be exposed to. However, using sunscreen alone is not enough to prevent skin cancer.

Without proper reapplication of sunscreen every two hours, the degree to which the sunscreen is protecting skin from incoming UVB rays diminishes over time, ultimately leaving skin unprotected. Madan noted, “People put sunscreen on at the beginning of the day and then forget and don’t put it on for the rest day. This means by the end of the day, the sunscreen is offering significantly less protection.” Additionally, UVB rays are not the only rays that can heighten risk of skin cancer, yet it is difficult to measure the impact of UVA rays on skin after using sunscreen and it is unknown to what degree UVA rays increase the carcinogenic effects of UVB rays or if UVA rays are inherently carcinogenic on their own.

Even with the introduction of the dispensers around Long Island, beach-goers and pool-swimmers should also look into other protective measures, such as wearing UV-repellant clothing, wearing hats, and spending time in the shade over the course of a long and sunny beach day. Madan also recommends bringing an umbrella to the beach to more comprehensively protect skin from the sun.

Nevertheless, Northwell Health Cancer Institute’s Director and Physician-in-Chief Richard Barakat, M.D. acknowledged the potential for the sunscreen dispensers to still make an impact in the number of folks diagnosed with skin cancer this year. In a press release announcing the dispensers Barakat noted, “Sunscreen is a vital part of keeping our skin safe and preventing skin cancer. It is rewarding to know that with these additional opportunities to apply sunscreen hopefully fewer people will be diagnosed with skin cancer.”