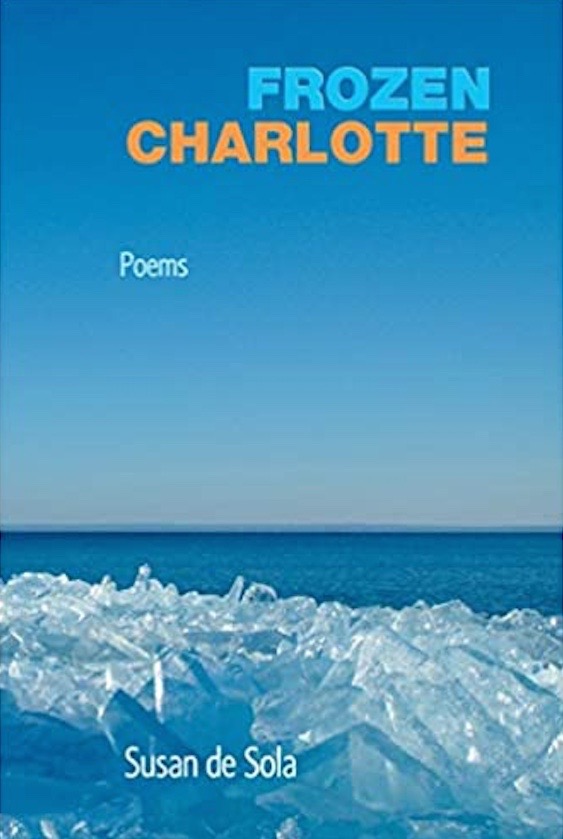 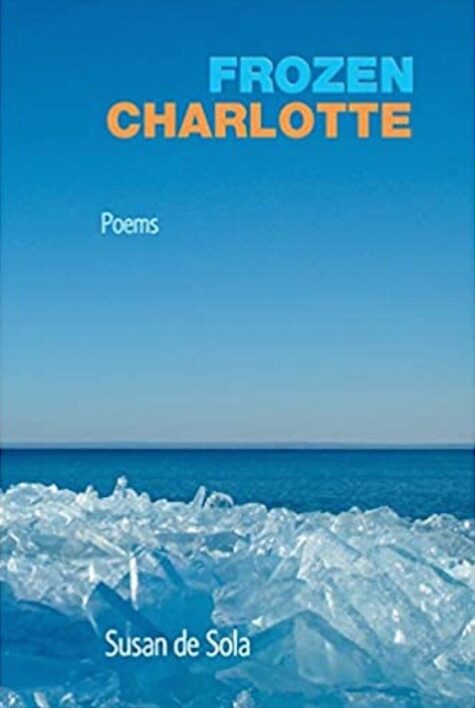 Susan de Sola, is a native New Yorker, now living in Holland, but her connection to Fire Island goes back generations. Her grandfather, Rabbi David de Sola Pool, conducted religious services on the island before the Seaview’s Fire Island Synagogue was founded by Herman Wouk. The island turns up in her prize-winning poem “Buddy” as “…our sandy, summer island village….”

“Frozen Charlotte,” the title poem in the collection, takes its name from popular 19th century ballads that speak of a vain young woman who froze to death in an open sleigh because she refused to cover her ball gown with a blanket. True story. The incident was reported in an 1840 New York Observer article that describes a woman who froze to death while traveling 20 miles in a sleigh to a New Year’s ball. Dolls were made in her image. She floats now in a child’s bath:

I am a doll of ivory bisque.
I was a girl, but was too bold.
To preen in silks, I dared to risk
the open sleigh. I don’t grow old.
A girl of flesh who died of cold. 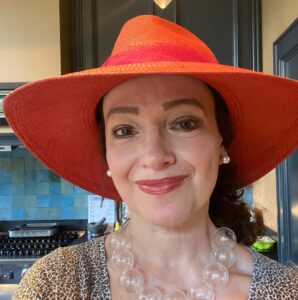 Grim yes, but though de Sola does not shy away from the ghastly — there’s a poem about the Holocaust — her first full-length collection shows a range that is varied in both theme and feeling.

Here you will find Cary Grant and camels, a birthday party for a piglet, torn lingerie, and a “Closely Observed Postman,” who leaves the red rubber bands that had cinched the mail hanging on branches “as though they had grown. / Each round, openmouthed, / elasticized sphere / speaks for the postman: / Look well, I was here.” Her keen eye and graceful language has elevated the postman’s daily rounds to a higher sphere and a grace of its own.

Among her many strengths is de Sola’s ability to connect with a reader. She expresses her own emotions, beautifully and evocatively, and had me thinking time and again, I know what you mean. In “Daniel,” a woman who has lost an infant boy remembers “those first few hours / which were also the last hours. / Small and slow-blinking, eyes bewildering / blue, with slips of fingers that would not curl.”

She’s funny and dark, a poet of many moods and messages, whose varied sensibility allows her to humanize rocks and an ATM.

“Nib Nok Nok” is a poem’s title and rock-talk for, “Knock knock, who’s there?” Yet with all the rock’s flair for language, it “remains a rock.” An ATM is “Somehow…sexual, the rim crotch-high…an onanism of cash, walls with mouths.”

In “Blind, She Considers Her Lover,” an ode both sensual and loving, de Sola turns her gaze (and her hands) to her husband in the dark “where half a marriage is spent… First there is that silky fringe / of frontward falling hair— / you are a horse, fetchingly groomed. / You shake your head and your forelock falls / forward, steed. / … Then the smooth skin of your back / and chest, it sings with softness. / You are bolts and drapes of some rich fabric…yes you are a draper’s treasure. / Lower there is warmth…”

Poem to poem, there is life and liveliness.

“At Brighton Beach,” an account of immigrants in New York, her free verse reads more like a story. And what are poems if not stories, but shortened, emphasized, packed with emotion and meaning?

A busy Sunday on those bustling streets,

where each shop undersells another.

So many shoes, so much plastic leather

sold by brothers in short sleeves,

by babushkas whose ovoid lines,

made for other climes are poor

at dispersing the summer heat.

Even if you don’t know the difference between free verse and blank verse (blank verse has a consistent rhythm, free verse does not), and even if you always thought poetry was too obscure and la-de-da, fuggedaboutit! You will take to Susan de Sola’s poetry, her wit and her insights. She’s attuned to the world and generous with her feelings. Pain, pleasure, whimsy or wonder, she unflinchingly puts it out there. But don’t take my word for it; pick up a copy and see for yourself. I think you’ll warm to “Frozen Charlotte.”