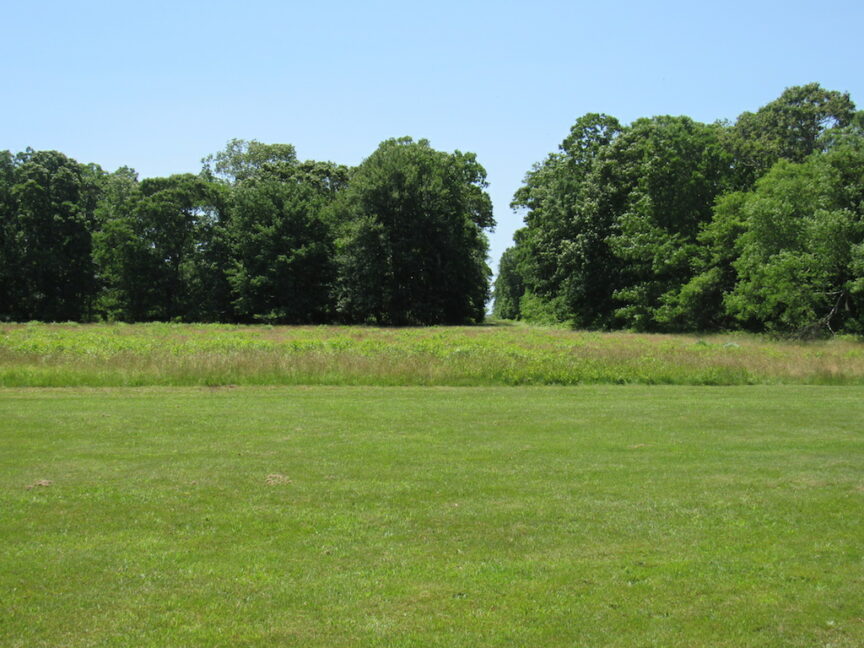 There is a hidden gem in Mastic Beach – hidden well off William Floyd Parkway and hidden from the passage of time. Named the Old Mastic House by the family, this cultural preservation spans three centuries, and has been left as it was in 1976, when the Floyd/Nichols family gave the house to the National Park Service (NPS) during the Bicentennial of the United States.

What is a cultural preservation? It was something I never heard of, but I learned about it on the tour of the house, given by MaryLaura Lamont, a national park ranger who has been at William Floyd since 1979, and who knows and shares a wealth of information about the family who called it home for more than 250 years.

When Cornelia F. Nichols, the great-great-granddaughter of William Floyd, her son, her daughter and her son-in-law donated the land and furnished house to the NPS, they requested the house remain unchanged. This is what makes it a cultural preservation rather than a restoration, which would mean a place restored to a certain time period. So, as Lamont explained, visitors can see a chair from the 1770s next to one from the 1960s. It is three centuries of items that family members had the foresight to keep and treasure, and now we can all share in the history.

Richard Floyd purchased 4,400 acres from the Smith’s of the Manor of St. George in 1718, and left it to his second son, Nicoll Floyd, who continued farming the land. His son, William Floyd, was born in Old Mastic House in 1734, and he inherited it at the age of 20. Before New York State abolished slavery in 1827, the plantation was run by slaves, indentured servants and free laborers. Little is known about these workers, but through doctor’s and shoemaker’s bills, it appears the family cared for them.

In 1760, William married Hannah Jones of Southampton, and their three children, Nicoll, Mary and Catherine, were all born in the house. The farm continued to prosper and William was affluent, as receipts show him making purchases from New York stores. Another interesting fact learned on the tour: The height of a home’s ceilings can be used to determine wealth. High ceilings represent wealth. In this home, the area where enslaved people worked have low ceilings, while the family areas have high ones.

The comfort of Old Mastic House would elude William for several years, when on Aug. 2, 1776, he signed his name on the Declaration of Independence, the first and youngest of only four New Yorkers to do so. He was then considered a traitor by King George of England. I late August of that same year, New York and Long Island were lost in a battle with the British, and would remain under their control for the rest of the Revolutionary War. William and his family fled to Connecticut, where he continued in Congress.

They returned home in 1783, following the signing of the Treaty of Paris, although Hannah died in Connecticut in 1781. What they found was a farm destroyed: crops, timber, livestock and household items gone. Why the cradle William and his children slept in was spared is a mystery, but fortunately for us, it is still located in the master bedroom.

William remarried in 1784, to Joanna Strong, and their two daughters, Anna and Eliza, were born in the restored home. He continued his work in politics, and he gave Old Mastic House to his son in 1803. William then moved upstate New York, where his house, a “mirror image” of Old Mastic House, also still stands today.

Old Mastic House began as a six-room colonial, and went through many changes to become the 25-room house you can tour today. Do you want to stand in a room where Thomas Jefferson, James Madison and the Marquis de Lafayette visited with their friend William Floyd in 1791? Step into the parlor and you can, while learning how William’s 15-year-old daughter, Kitty, was engaged to 30-year-old Madison. She later broke the engagement and married Dr. William Clarkson of Philadelphia.

Lamont curates the displays and exhibits, rotating them every two years, and creating the booklet that goes with them. Currently, artwork is strategically placed throughout the house so you can see a picture of the garden for instance, and then look out the window to see what it looks like today. The oil paintings in the house are by Laura Mackay, a close cousin and frequent guest; the pencil sketches in the upstairs area are by Katherine Floyd, who was 15 to 16 years old at the time.

Tour the grounds to see some of the outbuildings that were used by the Floyds in the 19th century, including what is now the park office, which was built in 1898. Walk down a wooded path to the family cemetery where the last generation raised in the house still have burial rights. Just to the right, is the slave cemetery, simple white crosses with only first names. From the historic “Vista View” in front of the house you can see the bay and Fire Island.

Last year, William Floyd Estate celebrated 300 years. An article in the Long Island Advance (July 5, 2018) by Tara Smith, on the preservation effort of Cornelia quotes Lamont as saying: “It says a lot about their legacy. This property is a microcosm of American history. They had slaves early on. They went whaling with Native Americans, they fought as soldiers for the abolition of slavery. So this just isn’t about the Floyds. It’s about all their workers too. It’s a celebration of all of them.”

Old Mastic House, 245 Park Drive, Mastic Beach, is open for free guided tours every Friday, Saturday, Sunday and holiday, from Memorial Day to Veteran’s Day. One-hour tours run every half hour from 10 a.m.-4 p.m. During the year when the house is closed, there are other programs available such as bird watching, walking tours and hikes. For information, call 631-399-2030.