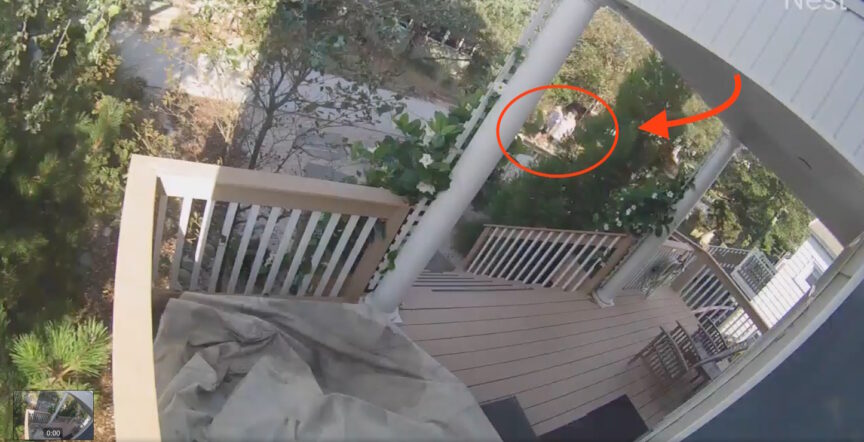 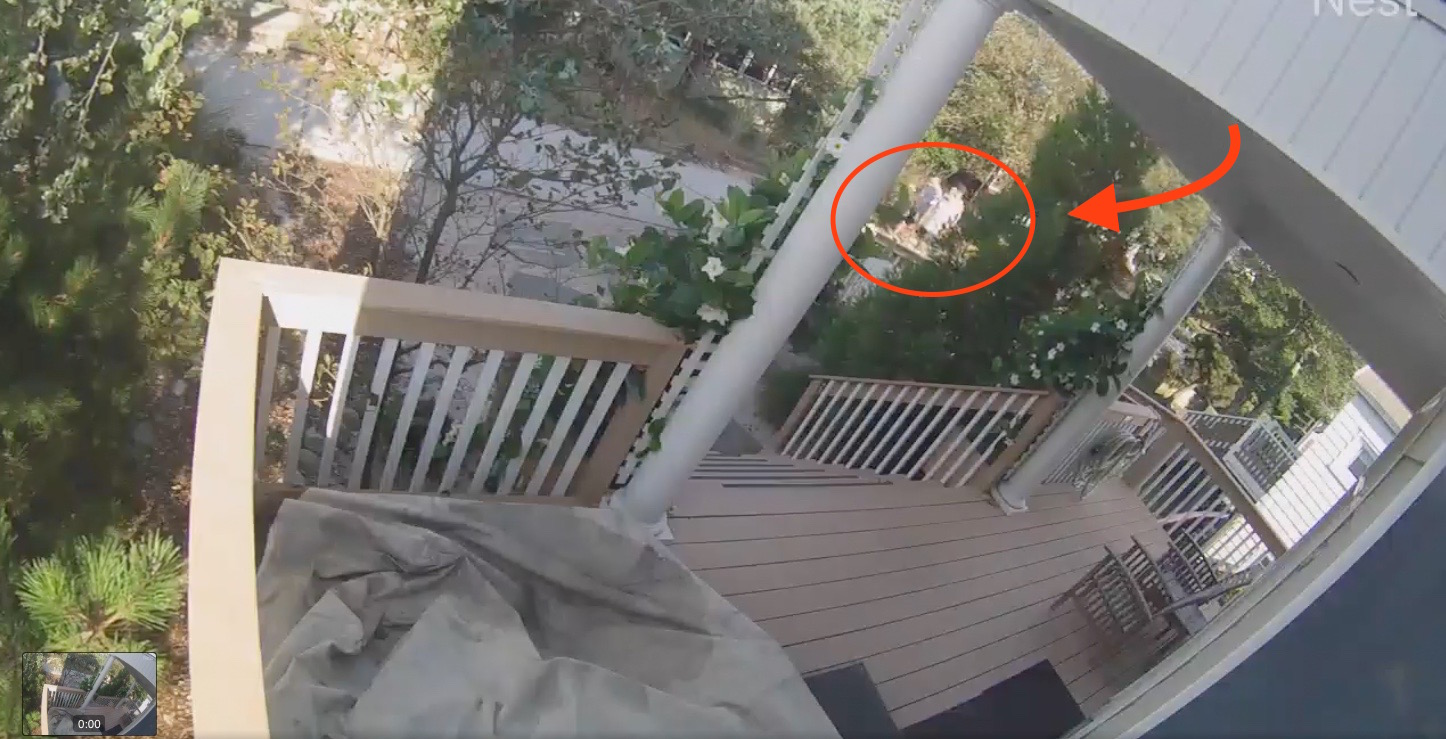 A screenshot of surveillance footage one Bungalow Walk presently being analyzed by Ocean Beach Police in relation to the August 22 hate incident.

The Police Blotter this publication prints in our newspaper over the summer is more often than not filled with mundane crimes – bicycle thefts, noisy house parties, and consumption of alcohol on the beach or public walkways being among the top offenses. While more serious police investigations do happen on Fire Island, hate crimes are rare, making the recent pattern of racist incidents in Ocean Beach that much more disturbing and setting the community on edge.

It began on a Saturday afternoon, Aug. 22, when three young adults scrawled racist epithets in chalk in front of a house located on Bungalow Walk. The location they chose was not random. It was the house of Johnny and Ann Parham, a senior-aged black couple who have kept an Ocean Beach residence since 1971.

“This was not a transient group,” said 83-year-old Johnny Parham. “It had to be someone within the village to single out our home for this act. I grew up in the South and know that some see the rhetoric of the day as being given a green light.”

Mr. Parham is originally from Atlanta, Georgia, and Ann was his childhood sweetheart. He earned his social work degree from Morehouse College, his law degree from Clark Atlanta University, and had a distinguished career in civil rights philanthropy before retiring 16 years ago. On the cusp of celebrating 50 years of living in their beloved house on Bungalow Walk, Parham reflected on how he and his wife cherished raising their son here, having his grandchildren enjoy it now, entertaining their friends over the years, and the bonds he forged over the decades while civically active in the community. This incident adds a bitter stain to such memories.

“We need our Village family and community to come together to denounce an ugly and deplorable act against one of our own,” reads an expert from a Sept. 4 letter issued by the Ocean Beach Association. “What we have now learned is we cannot escape from the racism that has plagued our country and from which our ocean enclave has been largely shielded until now.”

After the incident, Parham decided to display a Black Lives Matter banner on the grounds of his property, as did their neighbor across the street, 95-year-old Edith Mendelsohn, in a display of solidarity. In September a neighbor overheard individuals making remarks like “BLM terrorists” as they viewed the prominent display. Both banners would be found thrown to the ground and soiled on Friday, Oct. 2; they were cleaned and rehung, but torn down again the following evening. Frustrated, Parham staged a one-man march on the walkways of Ocean Beach the next morning.

“We have been in touch with the Suffolk Hate Crimes Task Force and continue to do investigations regarding these horrendous events,” read a subsequent letter dated Oct. 6, and signed by the Ocean Beach Board of Trustees. “This type of behavior cannot and will not be tolerated here in Ocean Beach.”

So the act of hate was denounced by the Mayor’s Office, but was this enough? Johnny Parham’s namesake son perhaps sums it up best:

“We are grateful for the outpouring of support from so many members of the Ocean Beach community. However, this problem is getting worse and needs to be addressed. As a call to action we are requesting for the Village to hold a meeting where we can come together and exchange ideas for how open acts of racism can be mitigated in our wonderful community. Hate has no place in Ocean Beach.”

“BLM: Fellow citizens of Fire Island from Kismet to Ocean Beach: If your home is a second residence you will be required to donate your beach house to an African-American family. Your homes have already been canvassed and appropriated. We are sure you will agree that your homes have been purchased by WHITE PRIVILEGE and therefore subject to reparations… You will be contacted by an agent appointed to assure this section of Fire Island is 25% black one year from the Biden inauguration…”

The verbiage continues in this fashion.

“Stupid agitators!” hissed Ocean Beach Police Chief George Hesse in disgust. “This is a new element of ignorance. These incidents are under strict investigation, and we are keeping a watchful eye. This force is taking every precaution to protect the Parham family, and believe me when I say that I want to catch these bastards.”

Those with information related to these incidents can call the Ocean Beach Police Department in confidence at 631-583-5866.