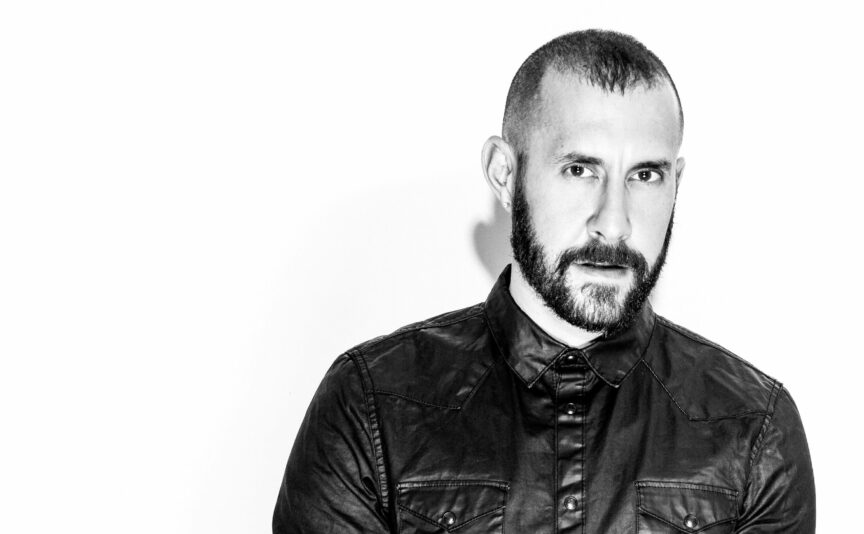 There have been many accounts of time spent on Fire Island, and in varying mediums. However, there is perhaps no account as hilarious or as honest as the collection of essays released this past March by Greg Scarnici. Titled “Dungeons and Drag Queens: Fire Island through the eyes of its worst drag queen,” the collection of essays explores the 25 seasons Scarnici has spent on Fire Island, detailing everything from drunken afternoons to how the island has changed through his eyes. Also an associate producer on “Saturday Night Live,” Scarnici recently sat down with the Fire Island News to talk about everything from his latest book to projects in their beginning stages to his take on the Grove.

Fire Island News: When did you first start coming to Fire Island?

Greg Scarnici: In 1990, I rented a house in Ocean Beach, which was the straight part of the island, with friends from college. That’s the first time I really fell in love with the island. During that trip, we took a little trip to Cherry Grove. Even though I was a closet gay at the time, I was very excited to come to Cherry Grove, where it was a super insanely gay community and it just completely opened up my eyes as to what an island paradise could be if you were gay.

Scarnici: Yes, Cherry Grove. I reside in Cherry Grove, and I’m a DJ over at The Pines, so I spend a lot of time in both communities.

FIN: At what point did you start conceptualizing this book about your adventures on Fire Island?

Scarnici: While I was writing my second collection of essays, I realized half of the stories were about Fire Island, so I thought, “Let me just make that the focus of the book.”

Scarnici: Well, the feedback I’m getting from many that read it is that they liked this essay called Muu- Muu Land, which was just about how I was hanging out with my friends one afternoon at home, and my friend came over with five polyester muumuus. We threw them over our bodies, and it completely transformed our day. We had one of the most amazing days on the island, just going to The Pines and The Grove wearing these muumuus. Everyone’s responding to us. It was just sort of like a magic moment happened here. You didn’t plan anything, and then by throwing on a $5 fucking muumuu an entire day is transformed into an amazing day.

FIN: What did you do that day that made it so amazing?

Scarnici: Yes, we walked over to the Meatrack, to The Pines. We went to tea over there, where we felt a little bit of hesitation from the guys because we’re like queening out in these muumuus. Then we took a water taxi up to Cherry Grove. We were dancing at Cherry’s and had a huge dance party. It was just a really fun, kooky afternoon. Lots of drinks were involved, by the way as you could probably guess.

FIN: Your collection talks about 25 seasons on Fire Island. Obviously, that’s a really long time. Can you speak a little bit about how Cherry Grove and The Pines have, maybe, changed over those years, and the differences you see in those communities over the course of the time that you’ve been coming to Fire Island?

Scarnici: One of my recurring jokes is that Cherry Grove never seems to change. It could be 2019 – it could be 1979, you would have no idea!! But the truth is the two towns are starting to become a lo more alike. There’s new housing in The Grove that resembles homes you’d see in The Pines. And The Pines, which used to not be as accepting of drag, now has drag brunches. It’s a lot more carefree and fun, which is what The Grove has always been.

FIN: So you sort of see the separation between The Pines and The Grove as shrinking?

Scarnici: I feel like, yes, the distinctions between the two towns is slowly fading away. The aesthetic of The Grove is starting to look a lot less cottage-y, and with much more beautiful homes with people putting money into upgrading their homes, catching up with the way The Pines looks. The Pines is catching up to an acceptance of people of all different types, with kids and presentation and drag, whereas in the past, you could never see a drag queen there except for on the Invasion on the Fourth of July.

FIN: How do you see the influence of Fire Island and link these experiences that you’re describing in your essays, as impacting who you’ve become?

Scarnici: Fire Island has been a huge influence on who I am creatively. Drag has just been a part of our culture here since the 1930s. Ever since I’ve started coming here as a kid, it just opened my eyes to being subversive and satirizing pop culture. Instinctively, a large part of my comedy is based on what I’ve seen and experienced on Fire Island, as far as drag and taking on our world, to comment on it and satirize it, sort of just fuck with the heteronormative world that we live in, but in a fun and comedic way, if that makes sense.

Scarnici: I think it’s mainly the atmosphere that allows me to be sort of like an off-center voice in queer comedy. I’m a bearded drag queen and that was something that was really big in Cherry Grove in the ‘50s. That wasn’t big in popular culture up until the past few years. I’ve always liked to toy with identity and that’s something that I got from the Grove. I would say that the Grove has really just influenced the way I approach comedy, as opposed to the topics that I talk about. Hedda Lettuce is a drag queen out here and if you go to her show, she’ll talk about Fire Island, but I don’t really do that except for this book. In my regular world, more about taking what I’ve learned from the Grove to create different characters, sort of fuck with the status quo if you will.

FIN: Yes, absolutely. Do you see your comedy as part of a larger activism, using the power of narrative to change people’s perceptions about LGBTQ issues, but also maybe change their perceptions about the ways in which society is heteronormative and oppressive of other gender identities?

Scarnici: Yes, the reason I choose to keep a beard when I do drag is because it’s the most in-your-face style of drag. There’s so many times where someone will see me in drag from behind, and then I turn around and they see I have a beard and they don’t know how to react. It makes them think about genderidentity and I can see them thinking, ‘Oh God, for a second I was attracted to that woman’s legs, but now it’s a guy.’ I kind of like genderfuck drag because it makes people think.

FIN: Could you tell me a little bit more about the other ways that
your comedy manifests? What is the medium for your comedy? Is it mostly stand-up? Is it mostly essays? I was reading that you work with “Saturday Night Live.”

Scarnici: I don’t do stand-up. It’s the one form of comedy I don’t do. I do film, I write books. I like to do one-hour cabaret shows in full-on drag. I also produce comedic songs. A lot of my cabaret shows will incorporate a lot of the music I’ve created like comedic songs, either me as a guy or my drag alter ego. Then I have a huge – I do a lot of stuff on You-Tube. Everything’s like video, film and music and theatre. It sort of runs the whole gambit, to be honest. I do everything except stand-up.

FIN: Why is that?

Scarnici: The main reason I’m not interested in stand-up is because a lot of my comedy revolves around creating characters, and when you do stand-up you’re just basically yourself and that’s never really appealed to me. I like the idea that I can do myself in a completely different character.

FIN: Are the characters always changing or do you have characters that you frequently circle back to that are a part of your repertoire?

Scarnici: I used to have a lot more but there’s like two or three that I generally stick with these days.

Scarnici: I actually feel it’s the opposite. I love the Gay Pride Parade we have in the Grove the week before the main one in the city because it’s so adorable. It’s literally 15 minutes long, with a bunch of drag queens on golf carts It’s really fun and cute. So I kind of feel the Grove does pride in its own way and let’s NYC have its shining moment the next weekend.

Scarnici: I am working on another collection of essays but to be honest with you I’m not going to focus on Fire Island again because the main reason that I – let me start over again. My first book was like a little random and I like to write random essays because you go from one to the next and you don’t know where it’s going and I love that style, and the feedback I got from my first publisher was like, ‘If you were to focus on a particular topic I think you’ll get a stronger book.’ So then I made a book that was entirely about Fire Island and when I shopped to find a publisher for it my publisher that published the first book literally was like, ‘Oh, Fire Island, too niche, no one knows about it, 10 percent of the people are gay, 5 percent of them know about Fire Island, no one’s going to touch this book with a 10-foot pole.’ [laughs] So I think the next book that I’m working on will have a different theme.

FIN: Is there something that you hope readers take away from this book or do you feel like there’s a different message for every essay?

Scarnici: I think the overarching theme of this book is that Cherry Grove is a place where you can be whoever the hell you are without anyone’s judgment, and it’s wonderful to find places like that in the world.

FIN: If you could predict and mold the future of Cherry Grove and the Fire Island Pines, what do you hope those communities continue to evolve and become over time?

Scarnici: I hope they continue to evolve to be accepting of all types of peoples – whether they’re from the LGBTQ community or one of the newer, straight families that have started summering in the Grove. Some people out here think The Grove should be a queer haven, but if we’re not accepting of our straight brothers and sisters, we’re basically discriminating against them like the LGBTQ community has been by mainstream society for so long, and that’s not right. We have to be accepting of everyone on our magical gay island.