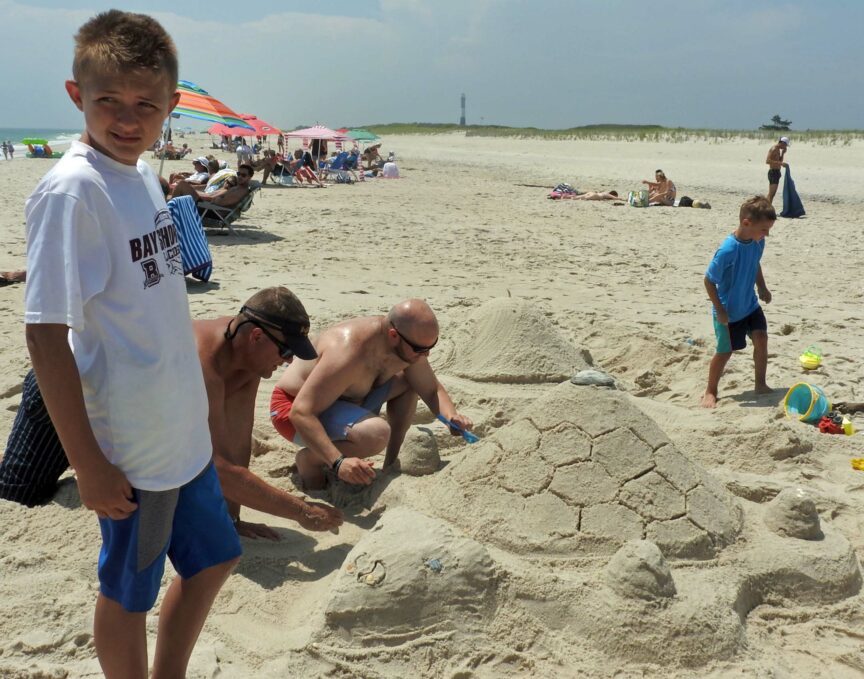 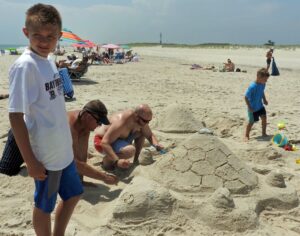 Way back, when houses had names, not numbers, I called mine “Avalon.” In Arthurian legend, Avalon was an island, home to enchantment, shrouded in midst, and far from the realities of everyday life. That was how I saw Kismet. I came here to party and play at the beach, meet new friends and, later, to get involved with animal and community issues and to write this local column. It was possible then to completely turn off and escape the cares of mainland life – jobs, family issues and politics beyond local streetlights and sidewalks. Although our modern devices make this more difficult, people still come here to escape, for 40 years, or 48 hours, to spend time in this paradise. Issues run to crowed streets, loud music, dog leavings, spilled garbage, stolen bikes (OK, there’s a problem). In times of real trouble, neighbors are good neighbors. Kismet is a community.

This is my favorite time of the summer with so many joyous activities going on. Children and tweens are let loose to run and ride those endless scooters, freed from modern mainland fears. For the Gens X, Y, and Z there are lazy days at the beach, beer on the deck and music and dancing at night. For the more mature, there are barbecues, guests, lazy days at the beach and wine on the deck at sunset.

The past two weeks, in chronological order, featured a sunny sandcastle contest, sandwiched between two foodie beach events foiled by the capricious weather of late June/ early July. The Burger Cook-off planners took an optimistic view of the dark and leaden skies. Those that made it to the beach were soon running back in fierce winds and pouring rain. Hooray for neighbors Krisha McBride and Dave Lambie who opened their house to some 50 people so the party could continue. Judges Frank Ribando, Bryan Hughes and Nick Veljacich ruled over the three entries that made it to and off the beach. With his widow Cathy present, Jimmy Donnalin of “Blue Vu Terrace,” who passed away last year, was commemorated by a new “Awesome Jimmy” burger award won by Gregg Weisser. Other winners included Rookie of the Year, Peter Boyle and Gloria Kemer and her grandsons. Although the sun was still bright at 3 p.m. on July 6, the forecast for later was horrendous: Remembering the previous Saturday’s rain and Sunday’s tornado- like wind and rain, Gregg Weisser prudently canceled the Seabay Beach Potluck party. The skies later cleared as nature giggled.

Kismet delivered two beautiful, sunny days for the Sand Castle Contest and our Fourth of July celebrations. Many thanks to Sand Castle creators, Linda Knoth and Jacquie Jones, for the information and wonderful pictures they sent me. The winner in the Adult/Child category was “The Big Catch” with the Boyle, Carew, Crowe and Lambie crew. The children’s category winners was the Clifford/ Gordon crew with Clifford, Teagan, Dylan and Tucker. Other entries included Taylor Liotta’s shark, Sam’s crab (a work in progress when I visited), and the Catalina Wine Mixers. All our local merchants contributed to the prize baskets.

Early forecasts for Parade Day – July 7 – were ominous, but the day was perfect. The floats were delightful and well crafted. Led off by a Kismet Fire Department color guard with visiting Jesse Carew in naval whites and traditional mainland bands in the lead, a series of delightful wagonfloats made their way around town to the bay. Following a patriotic salute, parade judges announced the winners of the categorical floats. The award for Most Historical went to “Fire Island Wrecker,” a pirate ship with Charlotte, Heather and Don Ahern. The Most Creative award went to the “Tiki Bar” with Ella, Patricia and Yoletta. The Most Topical Award went to “Save a Life” with Dom, Kelly and daughter, Elizabeth. The Most Patriotic award went to Whitney’s “Kismet Jitney” with Whitney riding. The Best in Show award went to “Save our Seas and Seals,” constructed with ocean trash and created by Lyden, Kai, Riley and their families. Other impressive floats included “Kismet Rescue” with Lizzie, Emma, Mattie, Madison, Emilia and Charlie; “Animal Crackers” with Lia, Allie, Ben, Zoey, Jayden, Jack and Lily; “May the 4th be With You” with Rocco, Frankie and Julia; and “Kismet Candy Land” with Nicolas, Ryan and Reagan. KFD served up its traditional barbecue as always, along with three fund-raising raffles. Carmine Padovano won the KFD 50-50 raffle, Pat Harp won the scratch lotto wheel and the cooler of cheer went to Jessica Abate. The bicycle, raffled by Kismet League for Animal Welfare, was awarded to the Dusty Ann – Mike and Dusty Makowski – with the winning ticket drawn by visiting sailor Jesse Carew.

Coming up tomorrow is the biggest community celebration of all – Kismet by the Bay. Last year’s event took up the whole bay area, with vendors and activities in six venues, including a children’s section and a dunking booth. There were auctions and raffles, all culminating in music by The Dirty Vice Band playing from the roof deck of “La Famiglia.” Everyone is invited. This is our community, this is Kismet.