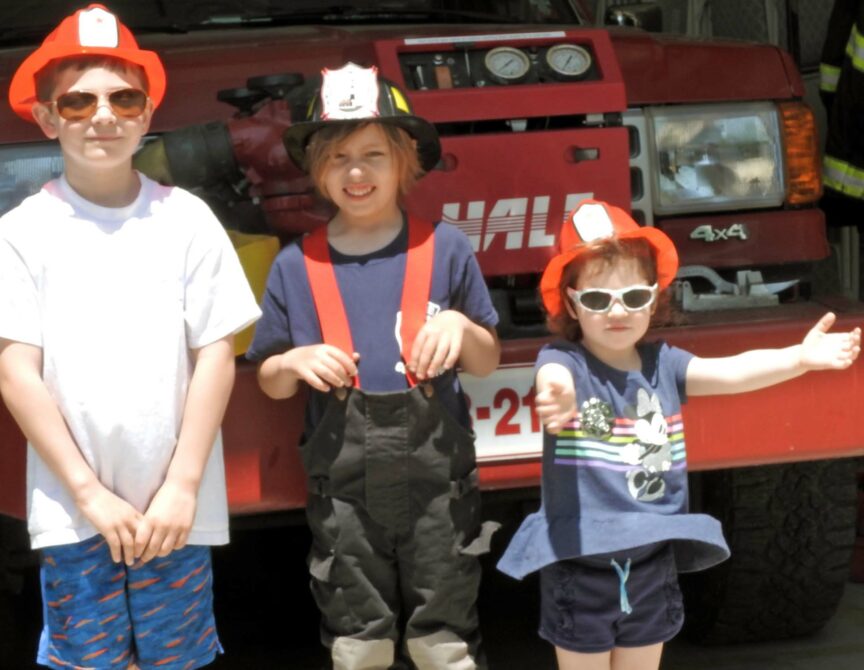 This past Memorial Day Weekend was the most perfect, weather-wise, of any in my memory. (I note that thought with a sense of gratitude, as well as sorrow, given the horrible devastation of floods and tornadoes in the south and Midwest.)

The town was packed with walkers, bicyclers and lots of beachgoers taking full advantage of the taste of summer. The weekend was filled with music as two popular bands played downtown and the Dirty Vice band played from the roof deck of “LaFamiglia.” There was no lack of awareness and tributes to the true meaning of the holiday. There were two flyovers of ceremonial jets on Friday and Saturday that drew everyone’s attention. Arthur Goldstein, Gary Leone, Don Guinta and Krisha Lambe posted Memorial tributes on Facebook. Families gathered: Full houses for the Quenzers, the Guintas, Joann Agoglia and many more. Visitors from older times included Andrea Wikso and Mario A. with his grown son, Sean. It was a time for first barbeques and neighborhood parties. Caroline and George’s friend, Mike, a fabulous cook, served an outdoor barbeque lunch for Debbie, Jake and Cynthia. The Knoph’s front deck was filled with happy celebrants.

Linda Knoth, with her crew, Krisha Lambe, Mary-Pat Boyle and Nancy Carew, organized a well-attended Battle of the Bloody Marys Contest/Event of KFDA on May 18 at the Fire House. There were donations for the Raffle Gift Basket including a new Long Island-based Bloody Mary Mix and a new KFD T-shirt. Admission was $10 for 12 servings, all topped off with traditional Bloody Mary toppings. Prizes for best consumer (Tom Licari) included a T-shirt, engraved glass and “bragging rights.” John Altieri won the gift basket and a guest won the 50-50.

KLAW held a book and craft sale Saturday. Books were laid out in wagons as people browsed through the leafy outdoor setting. It was wonderful to see old friends like Cindy-Lou, Nicoletta, Patt, Roz, Arlene, Helene, Susan and Michelle from “Camelot” all gathered in this peaceful, summery setting where there was time for talk as well as browsing. KLAW displayed the two bikes that will be raffled off the July 4 weekend – a “hot as fire” young boy’s bike, and a black adult bike. Tickets will be sold at the Flea Market and downtown on some Saturdays as well as on July 7. In addition to books, glittery pins and jewelry craft sets were popular. There are plans for a later event for children to make their own jewelry from the lovely beads that were donated by Dolores D. and others.

The Kismet Fire Department held its annual Open House on Sunday. As usual there were rides in the “Mule” for children and a chance for them to actually shoot water through the KFD hose target – with help from Dom and Joe at backup holding the heavy hose in place. Harry was the Hat Man, handing out small red plastic fire hats to the young visitors. I spotted Ian and Kim Sitone, Lydon and Riley Cole, and Ginny Butler with Maya and Dante in the wagon. The new KFD T-shirts and sweatshirts were on sale and Kismet streets bloomed with maroon for the rest of the weekend.

Bill Jenks has announced the slate of Sunday evening movies beginning July 7. The flyers will be posted on the bulletin board by the Firehouse. They include six Best Picture nominees, “Black Panther,” “A Star is Born,” “Green Book,” “The Favorite,” “BlacKkKlansman,” “Vice,” “Can You Forgive Me” and “Bohemian Rhapsody.” Kismet is greatly appreciative to Bill, who has obtained these outstanding feature films for us for many years.

KFDA is sponsoring CPR training June 22 at 10 a.m. at the Firehouse. Preregistration is required. The cost is $50 at the door and includes CPR card and a light lunch.

People have started asking about donations for the upcoming Flea Market on June 15-16 at the Firehouse. KLAW welcomes them, with a few caveats: No clothes, linens or furniture. Items should be clean and unbroken … “something you would buy if you weren’t already tired of it or just got something newer.” Call me at 631-583-9215 if you have any questions.