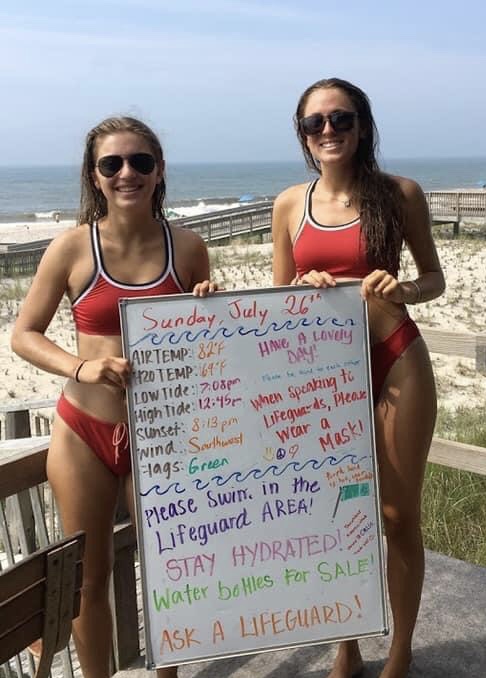 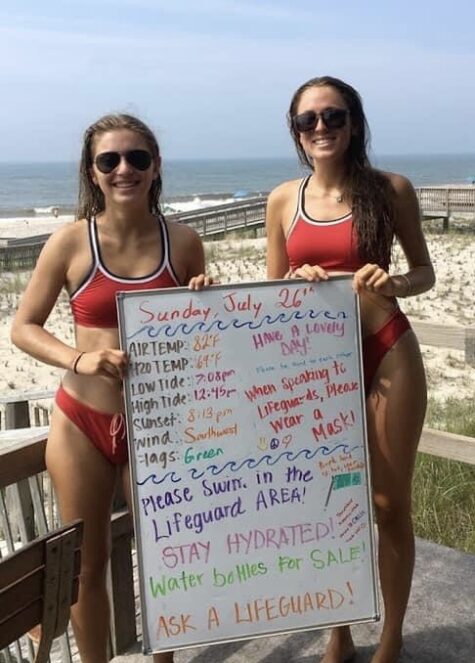 By Joey Macellaro ~ In a beach community like ours, lifeguards play a vital role. Nick Stertz, chief of surf rescue for the Village of Ocean Beach, has been inspiring not only his team of 25 guards this season, but the community at large.

“We’ve had lifeguards at the water’s edge to pass along information the last few years and have added medical scouts this season,” said Stertz. “It’s been a nice community touch point.” Local residents also have reacted positively to Stertz’ recent online community bulletin board posts highlighting surf conditions, members of his staff, and timely inspirational quotes.

Stertz and his team have been donning protective masks when speaking with beachgoers. He said the number of rescues this season is on track to be similar to that of last year, with continued frequent use of red torpedo buoys for swimmers in distress and about 20 full-fledged drowning rescues annually. He noted that he has seen a notable increase in the number of large groups of teenagers on the beach this season, possibly an effect of decreased employment opportunities due to COVID-19.

Like the lifeguards, our local houses of worship have had to make some adaptations this season.

“For the most part, we now have three members of clergy and one lay person running services in the building and sharing through Zoom,” said Ed Schecter of Fire Island Synagogue, referencing the popular videoconferencing application. He added that around 10 members of the congregation are now typically attending each Friday and Saturday service, and that combined with virtual and in-person attendance has been similar to that of previous years thanks to out-of-towners that join via Zoom and would typically be unable to attend.

“Two things that would be immediately noticeable to people are that we have omitted the Sign of Peace,” said Rev. John McCartney of Our Lady of the Magnificat Roman Catholic Church, in reference to modifications to Mass this year, “and we distribute Holy Communion following the end of Mass” instead of midway through. Processions through the church also have been discontinued, and priests now have use of a hand-sanitizing station in case they need to come in contact with parishioners. McCartney added that attendance has been consistent with other churches in his diocese at around 40 percent of the standard.

The Free Union Church has discontinued the Sign of Peace as well, which would normally involve members of the congregation shaking hands with one another, and modified services to allow for social distancing. The interdenominational Christian church gathered outside on the church grounds for one Sunday worship service in July.

Like Free Union and Our Lady of the Magnificat, Fire Island Minyan orthodox synagogue in Seaview has been conducting limited on-premises services only.