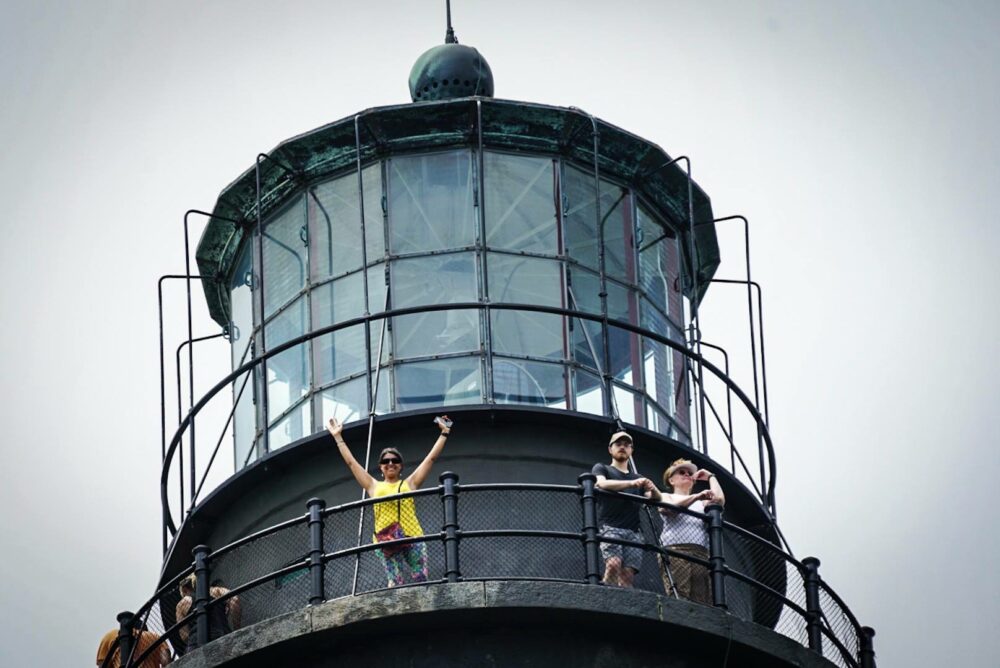 August 7 will mark the unofficial National Lighthouse Day, which, for a curious group of lighthouse enthusiasts, will include plenty of celebrations and a dedication to keep our country’s rich maritime heritage burning bright.

The United States Lighthouse Society, “a nonprofit historical and educational organization dedicated to saving and sharing the rich maritime legacy of American lighthouses,” runs numerous programs and events to both educate and entertain those interested in lighthouses, as well to aid in the preservation of them.

Within the Society’s Passport Program there are seven levels of accomplishments. Each passport booklet holds enough for 60 stamps, and for each filled booklet one can receive an official collectible patch recognizing the achievement. This draws people to travel all over the country, not only to view the historical lighthouses that grace our country’s coastal areas, but also to work toward achieving the next patch. 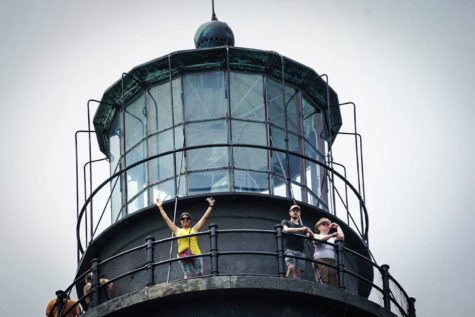 The United States Lighthouse Society also puts together cruises and tours that bring like-minded travelers on both domestic and international adventures to view some of the world’s most captivating and remote aids to maritime navigation. The Society’s website states, “Routes are specifically developed to maximize not only lighthouse touring, but also to help you gain a better understanding of the culture and communities in which lighthouses are located.”

As more sophisticated technologies came in the 20th century, many lighthouses were phased out and decommissioned. Not unlike our own Fire Island Lighthouse, these great behemoths often fell into disrepair and raised the question of demolition. In many instances concerned citizens rallied, as those who formed the Fire Island Lighthouse Preservation Society that saved FI Lighthouse. Other lighthouses were less fortunate and were brought down by the wrecking ball. However many still stand tall today, playing a vital role for recreational boaters and small vessels, thanks to people who cared.

“It’s still a transitional era for lighthouses. Even though they aren’t as useful for navigation as much as they used to be, they are reminders of the past,” said Mike Vogel, secretary of the board of directors at the United States Lighthouse Society. “We’re dedicated to the belief that we are at heart a maritime nation and lighthouses are surviving remnants of that era. If there’s magic anywhere on this planet it’s the border between land and water – and lighthouses stand on that. They simultaneously send us out to exploration, and they welcome us back home.”

As for the day dedicated to these sacred places, lighthouse leaders from around the country continue to work tirelessly to convince Congress to permanently designate Aug. 7 as National Lighthouse Day on America’s calendar.

“As America continues its technological progress into the 21st century, it becomes easy to forget the wholesomeness and serenity of pre-industrial establishments such as lighthouses,” wrote U.S. Congressman William J. Hughes on Aug. 7, 1989 – 200 years after Congress approved an act for the establishment and support of lighthouses, beacons, buoys and piers. “The history they provide gives us the opportunity to step back in time and learn more about our country. The contributions they made to our society, from protecting our coasts to guiding our sailors, should continue to be appreciated and remembered.”