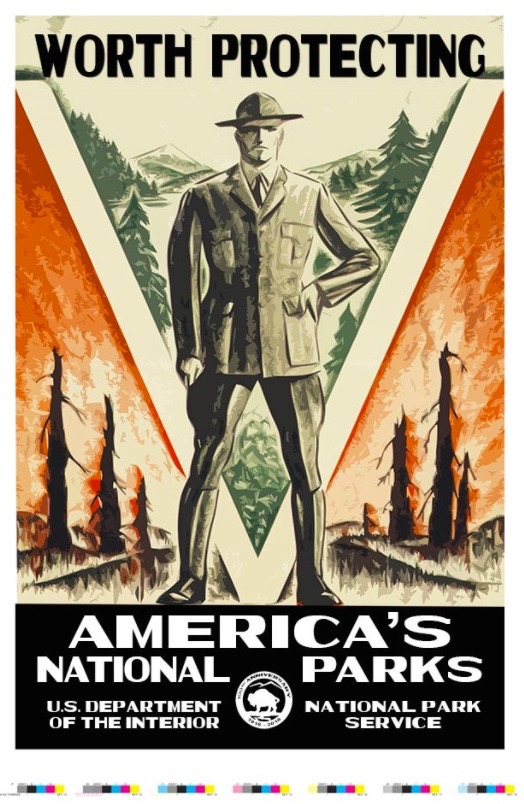 Rob Decker is a photographer and graphic artist with a great big passion for the National Parks. He’s currently three years in on his National Park Poster Project to create posters and postcards of each National Park in the WPA style, popular in the late 1930s and early 1940s.

“My love of photography in National Parks goes back a long way,” said Decker, who visited his first park, Yosemite, at age 6 and started photographing them at age 8. Sparking a passion, Decker would spend much of his life immersed in black and white film photography, even running a successful portrait photography business during his high school years, and continuing into his professional career as an independent developer and producer.

At the age of 19, Decker had the opportunity to study under photographer Ansel Adams in Yosemite National Park, which Decker explained as, “An experience that really did solidify my love of both photography and National Parks, which has been my passion for all these years.”

Now, Decker is currently working on what he calls his National Park Poster Project. There are currently 46 national park posters, 43 artist proof posters, and two different sets of postcards including 20 plus different locations for sale. 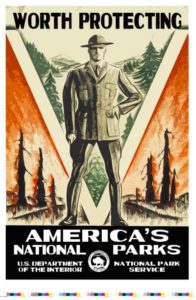 “There’s a great big audience of people who visit and love the parks and these people see the posters and it makes them reminisce about their time in the park. I think these posters hit the mark when it comes to having a memento takeaway and they’ve been very popular,” said Decker.

When discussing the possibility of a Fire Island National Seashore poster, it looks like we’ll have to wait until all 59 big national parks are complete before he begins national lake shores, seashores, and monuments. Every poster is based on Decker’s original photography and are all places he has visited, some images even going back to his travels over the past 40 years.

Decker discusses his inspiration behind the project explaining, “When my daughter got married she got a vintage style dress and we decided to create all the cards and things with WPA style art.” Photographing in their home state of Colorado, Decker continued to explain that he took photographs of Colorado and used them as the base when creating his daughter’s invitation suite. “Bottom line was that we got a lot of good feedback about the artwork and people said we should do something more with this,” said Decker.

Having a lot of content from his daughter’s wedding and previous travels, Decker decided to give it a go. He was able to start the project on Kickstarter, and after three successful Kickstarter campaigns he realized he had a real opportunity to create his poster project idea. “I went all in,” said Decker, and he’s been working on them now for the last three years.

“My goal is to create that iconic shot that everyone sees when they visit the park. Then it’s back to the digital studio,” said Decker. “I’ve developed this process that allows me to take my original photographs and transform them into this old WPA style look. I find one of the more challenging aspects of it is to try to describe a park in 12 or 15 words.”

As Decker creates these posters his goal also is to bring awareness to the importance of not only visiting, but protecting the National Parks. Ten percent of all online sales proceeds are donated to the organizations that support the National Parks, such as The National Park Foundation and the local and regional foundations that raise money for things such as trail restorations and educational programs.

“I have been fortunate to be able to travel to these places,” said Decker. “It would be sad not only to lose the National Parks due to the current state of affairs, but if we don’t really bring along that next generation they won’t have a basic score of why we should protect it and preserve it.”

To purchase any of these National Park posters or postcards or to learn more about the project, visit www.national-park-posters.com.