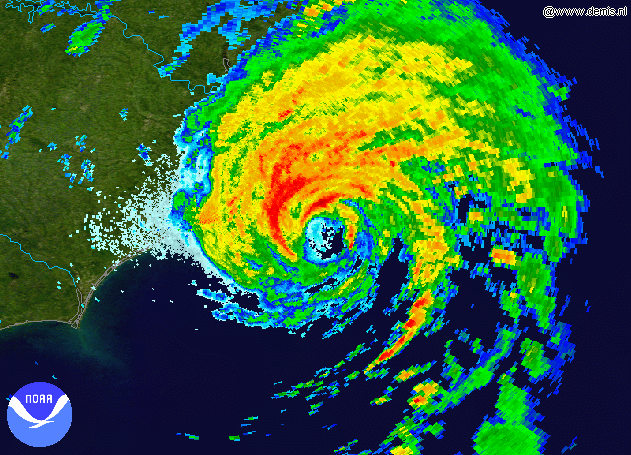 As recovery from 2017 Hurricanes Irma and Maria continue, the 2019 Atlantic hurricane season has kicked into full swing as of June 1. To prepare landlocked and island-residing civilians alike, the Environmental Protection Agency (EPA) has issued its annual informational report.

“EPA’s response to natural disasters is one of the many ways that we protect human health and the environment,” said EPA Administrator Andrew Wheeler. “We want to inform the public of how they can prepare for hurricane season and help protect their communities, the environment, and first responders by mitigating hazardous waste and securing potential harmful debris before storms strike.”

The EPA says that civilians can rest assured that in the event of a hurricane, they will be present to assist in recovery protocol, as they have done for Puerto Rico and the U.S. Virgin Islands in the wake of Irma and Maria, stating 700 relief personnel were deployed by EPA to these areas.

Of course disaster relief for the people of for Puerto Rico remains a subject of controversy. Nevertheless the EPA stands by their claims that response to these two hurricanes, “has transitioned from emergency response to long-term recovery work with the overarching goal of helping Puerto Rico and U.S. Virgin Islands communities build capacity and regain their footing.” Their ongoing efforts involve tackling matters and issues like solid waste, drinking water in small rural communities, stormwater management and resiliency, septic tank replacement, brownfields and workforce development as well as coral reef preservation and protection.

The National Oceanic and Atmospheric Administration (NOAA) and its lead seasonal hurricane forecaster Dr. Gerry Bell have predicted a 40 percent chance that the 2019 Atlantic hurricane season will be a normal one.

“We can expect a likely range of nine to 15 named storms, of which four to eight are expected to become hurricanes. Two to four of those hurricanes are expected to become major hurricanes of Category 3 or higher,” said Dr. Bell in a YouTube video posted by the National Weather Service. “Although we are predicting a near-normal season this year, that is still a lot of activity. Now is the time to get prepared.”

At the beginning of this month, EPA and FEMA announced a Memorandum of Understanding (MOU) that works to coordinate FEMA and EPA-funded State Revolving Fund (SRF) programs. This was introduced with the purpose of making funds readily available to communities that may not have the means to fund restoration of vital water infrastructure in the wake of hurricane damage. The MOU will be able to provide these communities with a no-interest or low-interest loan to immediately mitigate damages to drinking water and wastewater apparatuses.

Along with these continued efforts, EPA dedicates itself to keeping civilians, businesses, and governments like those on Fire Island informed on the best resources for information on preparedness before disaster strikes.

A list of EPA-recommended resources can be found below: