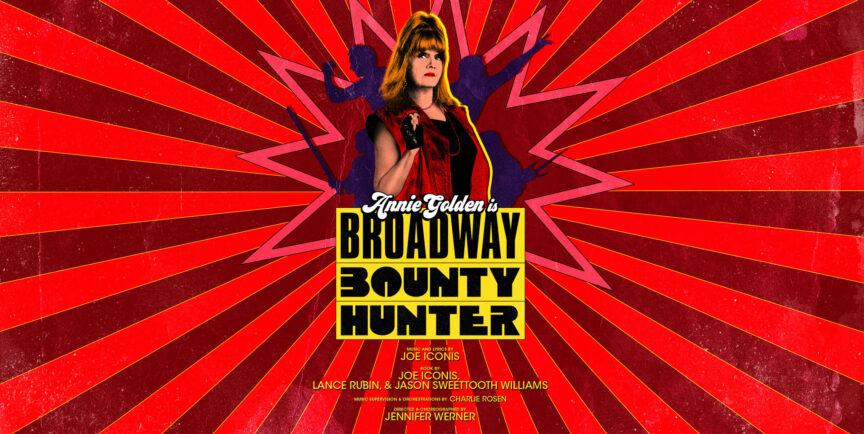 By Leonard Feigenblatt ~ Annie Golden is perhaps best known for portraying “Norma Romano” for six seasons on the television series “Orange is the New Black.” She also portrayed “Jeannie” in Milos Foreman’s 1979 film version of “Hair.” On stage, she has appeared in the 1977 revival of “Hair;” played “Squeaky Fromme” in the premiere production of Stephen Sondheim’s “Assassins” at Playwrights Horizon, off Broadway and as “Georgie Bucatinsky” in “The Full Monty” on Broadway in 2000. 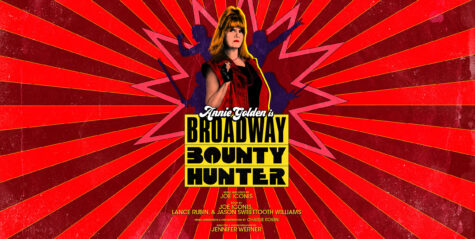 In “Broadway Bounty Hunter,” Annie Golden plays Annie Golden, “an actress of a certain age,” looking for work and not finding much success, who gets offered a job being a bounty hunter. Joe Iconis wrote this role for Annie Golden and said of her “she’s essentially playing a fictionalized version of herself.” Nobody can play Annie Golden like Annie Golden herself and she still has a powerhouse voice. A very fit Alan H. Green, with his robust vocals, plays her bounty hunter partner.

Director and choreographer, Jennifer Werner, puts the ensemble though their paces. The book by Joe Iconis, Lance Rubin and Jason Sweethtooth Williams, though fun, can veer toward the silly. It is the Joe Iconis score that sets this musical apart. Make no mistake about it, Annie Golden may have the lead role, playing herself, but Joe Iconis is the star of “Broadway Bounty Hunter.” He is one of the best modern day composers, who has written brilliant scores and this is no exception. Together with his extremely talented orchestrator, Charlie Rosen, have done an amazing job making this musical special.

Broadway Bounty Hunter is playing through August 11, 2019 at the