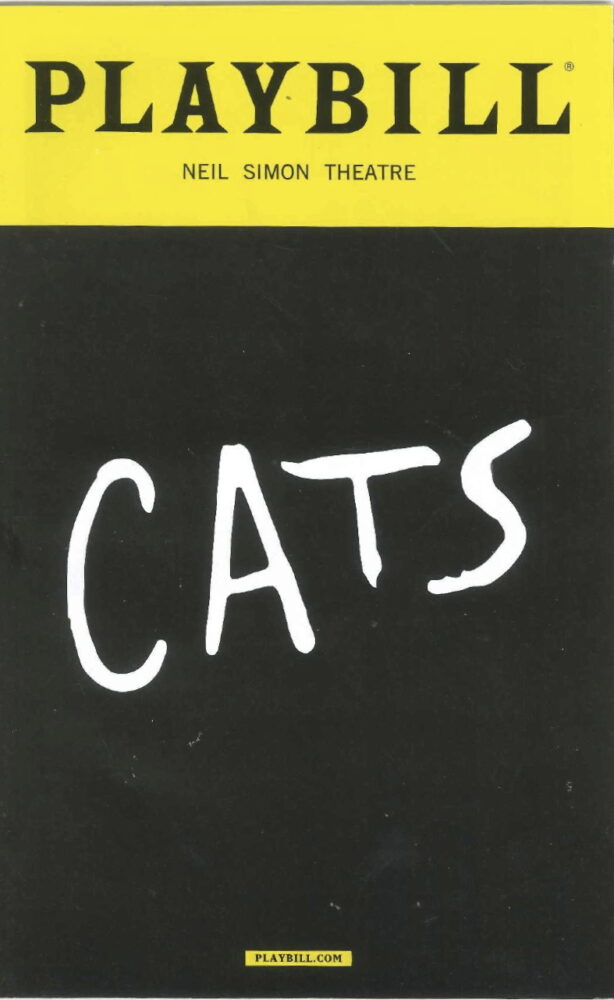 The original production of Cats opened at the Winter Garden Theatre on October 7, 1982 and ran for a record breaking 18 years and 7,485 performances. At the time, it was the longest running musical in Broadway history. That record has since been overtaken by “The Lion King”, the revival of “Chicago”, and “The Phantom of the Opera” – all of which are still running.

Based on T. S. Eliot’s 1939 poetry collection, Old Possum’s Book of Practical Cats; it has music by Lord Andrew Lloyd Weber and lyrics by T.S. Eliot, with additional lyrics by Trevor Nunn. This production is very much the vision of Mr. Nunn and Gillian Lynne; featuring two standout performances from Quentin Earl Darrington, as Old Deuteronomy, the elder Jellicle leader and Tyler Haynes as Rum Tum Tugger, the flashy rock star cat.

The show’s emotional core comes from the appearance of Grizabella, the former glamour cat. It is the character of Grizabella that sings the standout number “Memory.” In the original production, actress Betty Buckley, definitively portrayed Grizabella. The consummate interpreter of song, Buckley won the Tony Award for Best Featured Actress for her memorable performance in 1983. No such magic in the revival.

The shows emotional core comes from the appearance of Grizabella, the former glamour cat. It is the character of Grizabella that sings the standout number “Memory”. In the original production the role of Grizabella was definitively played by, the consummate interpreter of song, Betty Buckley; who won the 1983 Tony Award for Best Featured Actress in a Musical for her memorable performance. No such magic in the revival. Andrew Lloyd Weber insisted that a pop star create the role of Grizabella. When Nicole Scherzinger, (the lead singer of the all-girl pop group the Pussycat Dolls) who originated the West End revival, declined the offer to come to Broadway with the revival, Lord Weber chose the British pop singer Leona Lewis. Ms. Lewis, who is not well known in the United States, has an adequate singing voice but no acting ability whatsoever and the musical suffers because of it. To think of the many  Broadway stars that could have made this role soar including Tony Award winners Victoria Clark, Alice Ripley or Kelly O’Hara and Tony Award nominees Carolee Carmello and Stephanie J Block (who played Grizabella at the MUNY in St. Louis in 2010.)  Leona Lewis, left the show in October and was replaced by Mamie Parris, who has to be better.

Now the show-stopping standout performance  is given by the exceptional Ricky Ubeda, who plays Mr. Mistofelees, the magical cat, whom T S Eliot describes as being  “the original conjuring cat.”  Ubeda was the winner of Season 11 of the TV show “So You Think You Can Dance.” His dancing is truly breathtaking. There are still many reasons to come and take in this incarnation of Cats. 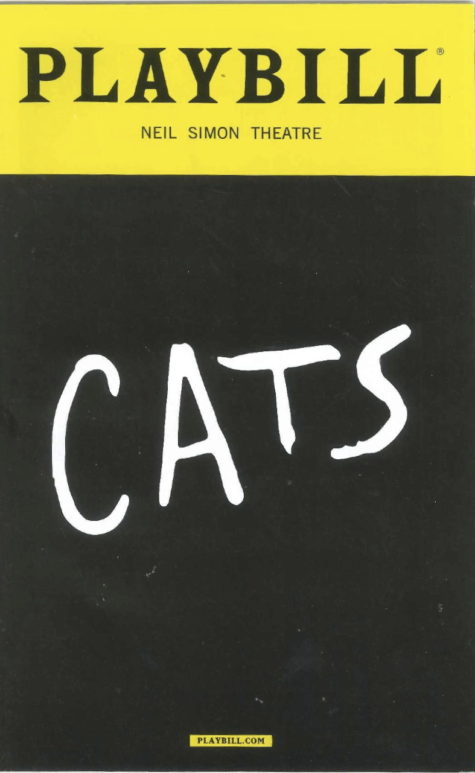