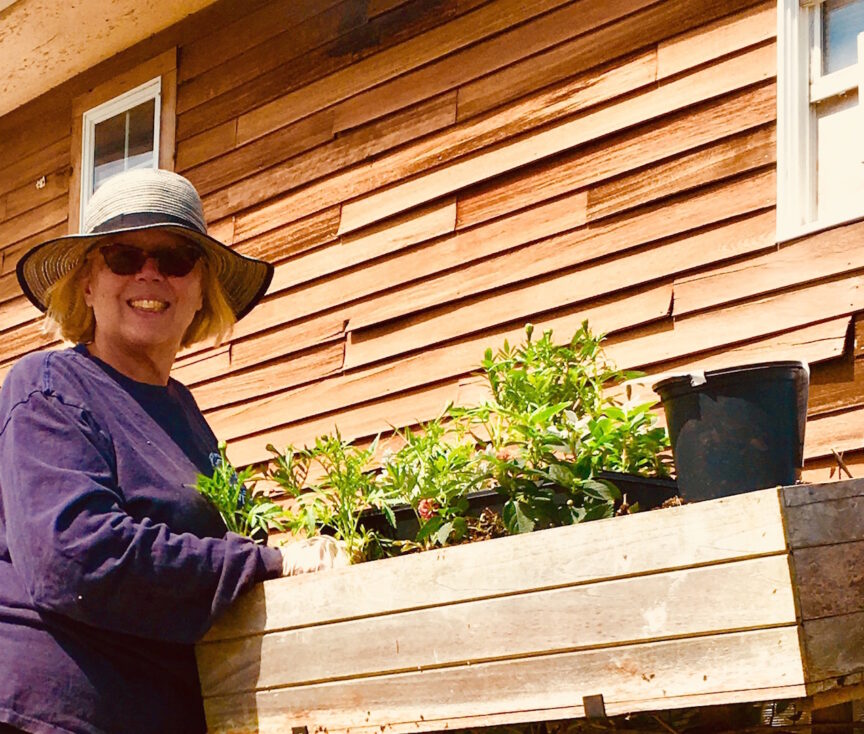 I got up early on Saturday so I could catch the kids’ softball game and found only the coaches, Huron Street’s Chas Kingsley and Crescent Street’s Jim Aug, discussing the upcoming season. Where was everyone? At first I thought I was late, and asked them what time the game started since I obviously hadn’t “read the memo.” They explained to me that the softball season officially starts July 4 weekend, when school is finally over and there are more kids around. Despite this, there were a handful of kids, including Taylor Kingsley and Zander Lustig, among the truly dedicated, who were on the field practicing hitting and having a throw around. Jim Aug asked me to report on how great Newman Field looks. It has been expertly maintained and groomed by Seaview Town Manager Larry Mattiasen and his crew. Come July, all children are welcome and the great thing about Newman Field softball Saturdays is that this is not Little League, parents aren’t rooting against other people’s kids and everyone gets a chance at bat. So stay tuned, I will make sure to bring all the exciting details of the 2019 softball season, including the adults, too, whenever I can.

On my way home Don and Joanne Madeo went racing by. They were running so fast I did not get to ask them if they were training for the 5K Run for Rose this August. It was also Belmont Stakes day, the run for the roses, so maybe they were. There was no Triple Crown this year. There were three pools and the big winners were Mike Supple, back to his winning ways; Fran Miller, doing her happy dance; and Tresa Pollack. The fact that the winning horse was named Sir Winston made it even more special for Tresa since Winston Churchill is her most admired historical figure.

Right before the race, Point O’Woods presented a lecture on Robert Moses and his efforts to build a highway through Fire Island. There was such a big turnout, it was standing room only. The lecture was followed by a wine and cheese reception. Lynn van de Water told me about his own brush with the master builder, Moses, when his family almost lost their house on Meadow Island in Swift Creek when the Meadowbrook Bridge was built to access Point Lookout.

The Ocean Bay Park Association has decided that we cannot continue to wait for The Town of Brookhaven to provide us with street clearing service and has hired Beachcomber to sweep the streets. Steve and I have completed the plantings at the Bay Beach Park and on the fence along the walk from the ferry near the bike racks. Please enjoy the park, it’s there for everyone. Watering the planters is always welcome and helps to keep the park looking good. There’s a chess table and benches and the park is a great place for an impromptu picnic or to catch the sunset. Thank you to Lynn van de Water and Tiger Barton for installing the floats again. Enjoy this community space, and please don’t use the planters as ashtrays.

Who said you can’t go home again? Certainly not Jack Lambert who was a grouper almost 50 years ago in 1971, when he lived in a share house called the “Snake Pit” and he remembered my husband, Steve, from the house called “Erospace.” As a 70th birthday gift, his wife, Mary, surprised him with a week in OBP. The house, with the white picket fence, turned out to be the very first house he had ever stayed in, unbeknownst to her! They were joined by their daughter Kiera and her husband, Bill Essling. Jack, who worked with John McCullough at Eagle Electric, told me how he joined the Ocean Bay Park Fire Department (OBPFD) and was mistaken for a member of FDNY. At that time there was a whole contingent of city firemen in the OBPFD – Ed Stuchbury, Brian McPhilips, Jimmy Prisco, and others. In those days the OBPFD did joint drills with mainland fire departments, and Jack was asked to demonstrate hose handling, a skill he did not have. Needless to say they learned very quickly that he was not a professional! He loved being back in OBP and said he regrets not having bought a house here all those years ago.

By the time this issue is published we will have celebrated Father’s Day so I want to thank all the fathers, past and present, for all you do. I’d also like to wish all my fellow Geminis a very happy birthday, among them Joan Rubenstein, Ellie Mal and especially Rachelle King. We’re not getting older, we’re getting better! Welcome back Dino, I know the breakfast bunch, aka “Golden Boys,” missed you and are glad you’re feeling better.

In honor of Gay Pride Month, I’d like to end with a quote from President Barack Obama: “When all Americans are treated as equal, no matter who they are or whom they love, we are all more free.”