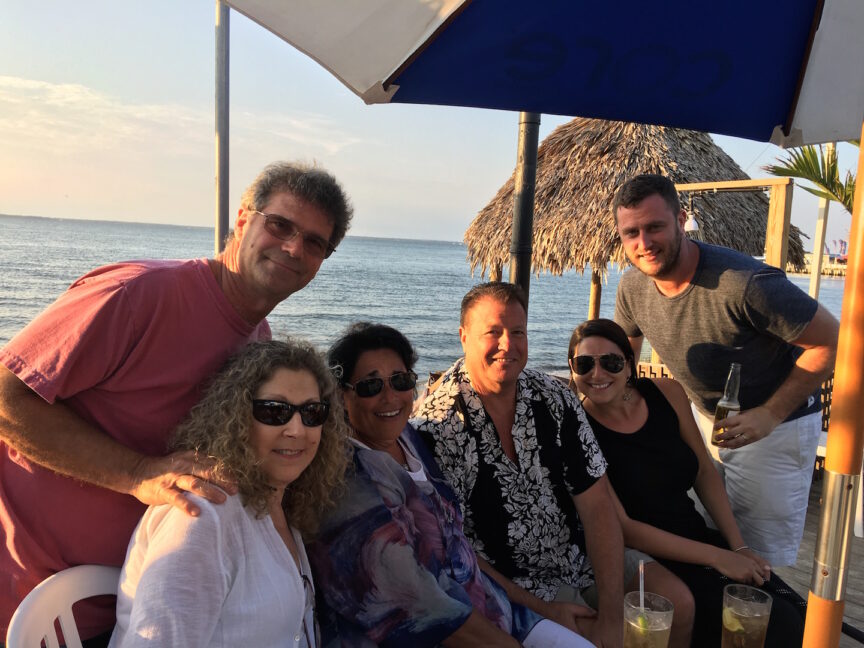 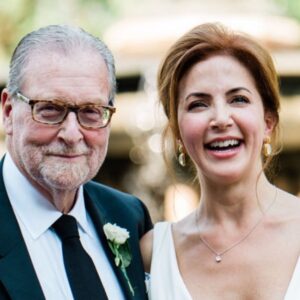 We are just about at the midpoint of summer 2019, with approximately 70 days left, which is hard to believe. Seems like Memorial Day was just last week! And there is so much going on in and around Ocean Bay Park, it’s difficult to report it all.

There’s a new kid in town, I’m glad to hear it – sorry Eagles but I had to edit your iconic song. I finally got to meet Cleopatra LaPenna, Luke and Maile’s new daughter. Cleo, as she is called, is an adorable, not quite 6-pound little peanut. I know she will grow up to be as beautiful as her big sisters, twins Ember and Lorelei. Nobody can ever accuse Maile or Luke of giving their daughters ordinary, run of the mill names!

Mazel Tov to OBP’s Travel Detective Peter Greenberg on your recent marriage to Hande Bayar. The wedding took place at the Bethesda Fountain in New York’s Central Park. Peter’s longtime Fire Island friend and fellow member of the OBPFD, Larry Mattiasen, and his wife, Debby, were among the small group of guests to witness the ceremony. Debby told me that a street musician was playing his violin nearby so a guest named Caroline asked him to play something as the bride was arriving. It was totally serendipitous that the tune he played was a Turkish song from Hande’s native country! Just goes to prove that some things are meant to be. I texted Peter for permission to write about them and here is what I got back: “Absolutely! I am now an officially married man. First time. Last time. I never wanted to get married, until the right woman showed up, when I least expected it. And “never” became “when.” I couldn’t be happier. In fact, I am over the moon!” Peter and Hande could have honeymooned ANYWHERE in the world, and they chose Fire Island. Congratulations and welcome to OBP, Hande. I know you will come to love this town as much as we all do.

Jaws were recently spotted in Ocean Bay Park. No, it was not a great white shark in the water, but on the big screen. The Seashore Condo Motel has started movie night for their guests and the first movie they showed on their 72-inch screen was that classic seaside horror movie. I still remember the summer of “Jaws” when I was petrified to go into the water at Rockaway Beach in Queens. It also brought back memories of how much fun it was to go to the drive-ins on a hot summer night. The Seashore’s Jeremy Gerard and Lisa Jaffe have some great ideas for additional community events, so stay tuned.

Since July 4 was on a Thursday this year, we all had a really great four-day weekend and there was so much going on it was hard to keep up at times! The Point O’ Woods-sponsored Grucci fireworks were spectacular, and the only downer was the fog that rolled in towards the end. Houses along the bay held viewing parties. The OBPFD held its annual barbecue on Saturday, July 7, and as always, Tom Byrnes was there in his full Uncle Sam regalia. Not to be outdone, his better half, Robbie Harris, managed to hobble in on her new knee for cashier duty with Maryanne Reuther. Paul Brincat was on clam shucking duty and stayed with it until the last clam was opened and eaten. It was a week for guests and everyone had someone staying with them. We had our three grandchildren, Nicklas, Samantha and Caleb, as well as Paul and Joanne Brincat, or as Joanie DeSerio named them “the butter steaks.” On K-Street in Seaview, Larry and Debby Mattiasen celebrated July 4 with a family-filled lobsterfest.

Every summer Superior Street’s Rachelle King goes globetrotting. Rachelle and I share the same birthday and also share a love of travel. As Geminis we have a need for new and far-flung adventures. Last year she traveled with her father and this year she is with some girlfriends. I knew she was away but wasn’t sure where she was this time, until I noticed the Facebook posting of her enjoying a Mythos beer in a beautiful seaside location and realized that she is in the Greek Islands. Looking forward to hearing all about this latest adventure, Rachelle, and how come you didn’t invite me?!

Our own resident Zorba the Greek, Angelo Sakonas, and his partner, Tresa Pollack, hosted his brother, Demetrius, and his wife, Catherine, along with their two daughters this past weekend. Demetrius and Catherine will be spending the rest of their summer at their home in Greece. If they want a houseguest, I’m available, with or without Steve!

Fran Miller’s annual art show was held on July 13, at Schooner Inn. In addition to Fran’s unique canvas photography, some of the stand-out offerings were Beth Sugarman’s silver and precious stone jewelry, Janice McBride’s framed needlepoint and embroidered pictures, and Frank Pilitteri’s stained glass boxes, and even though Fran Lobo’s magic makeup erasers were not technically art, they are fantastic at taking off face paint! It’s great that Fran Miller has kept this art show going and if you are interested in participating next year, let her know. Thanks also to Schooner’s Paul Mohring for being so community minded.

Calling all parrotheads to “Escape to Fire-Island- Ville,” featuring the Ed Travers Band. This Auxiliary fundraiser is at the OBP firehouse on Saturday, July 27. Look for the flyers for info on purchasing tickets.

Until next time, I hope you are enjoying the summer and especially Ocean Bay Park!