Hello all, and welcome to the beginning of the end! Summer is almost over, and we are soon going to be missing its warm embrace. The nights are already cooler, the sunset already gracing us with its presence earlier each day. While for now we may be excited for the cool night air as we unbury our fall sweaters and not suffer in the heat, it only leads to one thing: The end of the season. All too soon, we will be saying our goodbyes.

However, we are going out with a bang. It has been a good August so far, with unseasonably warm and clear skies. Since New York has been in a drought this summer, not so good, but great for us that want to be on the beach basically all the time. It has also been great weather for all of the amazing events that have crowded our calendars this summer, from the craft fairs to the dock concerts and everything in between.

Two weeks ago was the Adult Craft Fair, filled with new and old vendors for every buyer. Some vendors were not able to stay out all day given the extreme heat, but throngs of people still came for shopping and fun. Better luck next year! That night in the cooler (not by much!) air was The OB Historical Society’s “I was a kid on Fire Island in the 60’s and 70’s” exhibit, featuring native daughter Rachelle King’s photos as well as others. People of all ages attended, from the “bench sitters” including Paul Rosenbaum and Kenny Goodman, to the younger generations like Kevin Kushner and Nick Stertz, looking for their parents and perhaps thinking of the future when they will adorn the walls of the past. The night was topped off with a gorgeous heat lightning display across the bay, making for a magical evening. 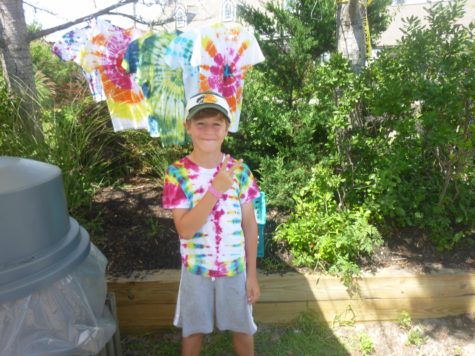 Last week’s 23rd Annual Kid’s Arts and Crafts Show was another big hit, with around 30 booths filled with every sort of craft that a kid can dream up. A young fellow named Sam made tie-dye shirts, that were a particular hit (I am currently wearing one!) but everyone was a winner at the fair this year. Also this week was the Kid’s Sandpiper Run, always a favorite since who doesn’t want to sprint across the sand on a beautiful day? The first place winners received necklaces courtesy of Kenny Goodman, which is also a pretty nice incentive.

Of course, the summer isn’t over yet. There are still so many things to do and people to see. For the adults, on August 28 at 11 a.m. is a book talk by Chris Bascom Rawlins, author of Fire Island Modernist: Horace Gifford and the Architect of Seduction. This talk will be all about Fire Island architecture in the 1960’s, so come learn more about your favorite houses! For the children, there is the Ocean Beach Fishing Club’s annual “Catch and Release” Fishing Contest on September 3 from 9 a.m. to noon on the west side of the Village dock. This year is dedicated to beloved Davy Jones Jr., who will be memorialized in the fishing contest’s “Good Guy Award,’ given to every contestant.

Tuesday September 13 is the best day of the year, Ocean Beach’s 9th annual East vs. West Field Day. Come show your East or West pride and support a great cause! This year, we play to support Catherine and Elizabeth Nocella, two members of the OBYG staff, who lost their mother to brain cancer. Their cousins Caitlin LaRocco Alfano and Thomas “Tom the Bomb” Alfano have been helping to care for the girls and can use all the help they can get from the Ocean Beach Family. There will of course be dinner afterwards, this year at Bocce, with live music from JHaus and raffles.

The last day to mark your calendars is September 18 for the memorial of longtime Ocean Beach resident Clifford “Cliffy” Bailes at the Ocean Beach Fire Hall. Cliffy passed away earlier this year, but has never been forgotten. He was a very special man, filled with laughter and music, and this memorial will be filled with the same. More details to come regarding time and details, but in the meantime, please contact Randi Bailes for more information. Let us come together as a community to celebrate the life of one of our own.

Unfortunately, we said goodbye to another member of the Fire Island family last year. Patricia “Patty” Sutera passed away on September 16 2015 in Stuart, Florida from a battle with lung cancer. Patty and her husband Nick spent decades of summers on Fire Island by the ocean, and she leaves behind many people who will miss her, including husband and son, Nick Sutera Jr. Patty also leaves behind a legacy of caring and nurturing that demonstrates the Fire Island spirit, and she will be sorely missed.

On a happier note, we welcome new member of the Ocean Beach fold Ryder Rocco DeSanti, son of Katie Meyer DeSanti and Donnie DeSanti, fellow columnist. Grandparents Douglas and Nancy Meyer are over the moon over their first grandchild. As Doug explained,” He will always be Rocco to me, to my daughter’s dismay.” Doug also went on to say that he is looking forward to spending time with his first grandson, but is not sure when Nancy and Katie will let him. Such is the struggles of grandfatherhood. 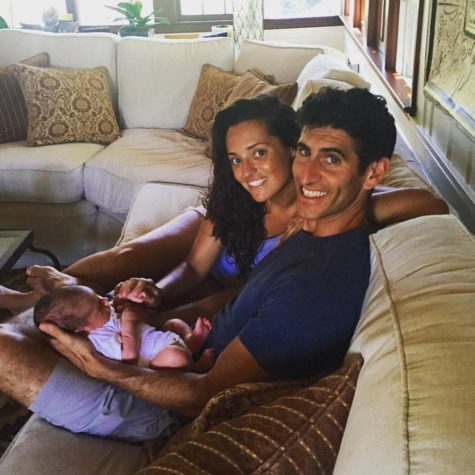