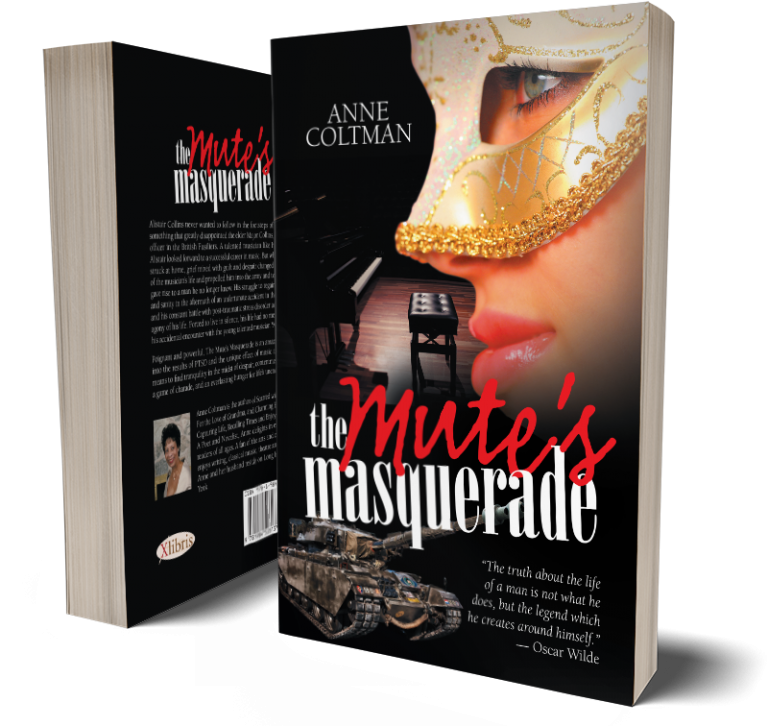 Alistair Collins is a gifted pianist and singer who returns from the Gulf War with his vocal chords destroyed by a land mine and his dreams of a singing career shattered. Battles are waged at home as well. Old rivalries revive between his well-meaning mother and her eccentric sister, as they compete for first place in the returning vet’s recovery. His aunt shows some savvy when she pulls pad and pen from her big purse — and two bottles of wine — and tells her nephew to “speak any way he can.” Writing his thoughts becomes his only means of communication.

Long Island Author Anne Coltman’s knowledge and love of music shine through when Alistair decides that the lovely church organist, Yvee, will become his secret and unofficial protégé. A musician with a mission, he leaves revised scores in a front pew in the hopes she will discover his renditions and improve her repertoire. It’s not only her musicianship he’s interested in, thoughts of her “tickle his heart and enter his brain.”

Alistair and his aunt cook up a plan to “lure her into his dragnet.” He abducts Yvee in the church parking lot and drives to an abandoned house where he proposes marriage via prewritten cards. She rejects him, yet at the same time is “mesmerized by this man.” Her mixed feelings continue and when they meet in town years later, she wonders if he still has feelings for her. Married with children by then, “she contemplated her next move.” Without access into her inner thoughts or motivation, readers might wonder, why the move?

It would add to the book’s heft if it included more about Alistair’s frustration with his inability to sing, let alone speak. He’s a man with real problems and the author would have served the reader better if his character had been more developed. When his mother suggests he go to an ENT clinic, “he laughed as hard as he could.” Was that nervous laughter a sign of his PTSD? Had the author addressed this, it would have helped make Alistair truly sympathetic.

The book is at its best when the long narratives and meandering plot come to a halt and Alistair returns to his musical life and is hired to perform as a guest artist with a local symphony. He has a friend contact his old students and he critiques them in their final conservatory year. He learns to sign. He feels alive again, he has something to contribute. I won’t tell all and ruin it for readers, but the book concludes on a bittersweet note.

Have a recently published book you would like reviewed in Rita’s column? Contact us at editor@fireisland-news.com and tell us more about it.