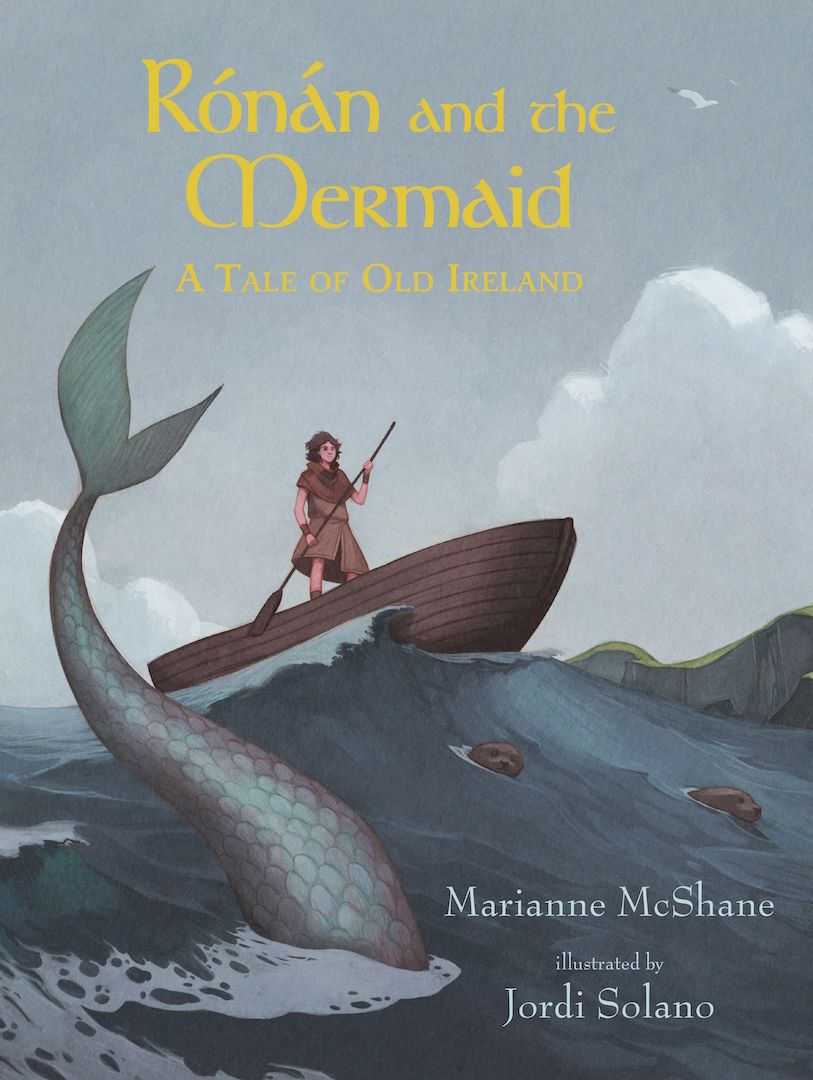 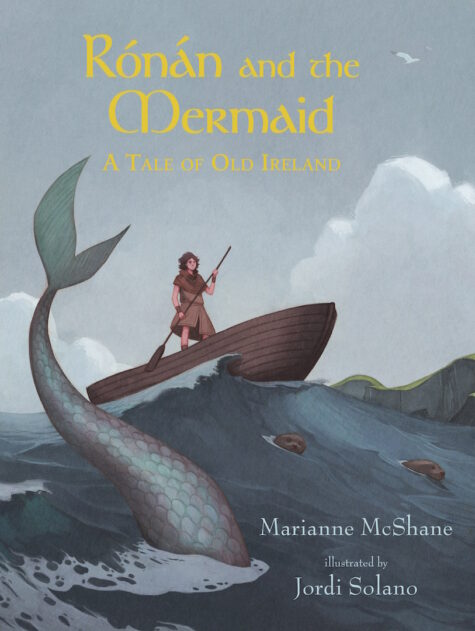 “Rónán and the Mermaid: A Tale of Old Ireland”

What do an author from Ireland and an artist from Spain have to do with Fire Island? Consider the sea and its mysteries for starters, and see where they take you in Marianne McShane’s “Rónán and the Mermaid: A Tale of Old Ireland,” beautifully illustrated by Jordi Solano.

A retired librarian and contemporary Irish seanchaí, or storyteller, McShane draws from a historical text dating back to 558 C.E. to give young readers an old Irish tale set on the same eastern coast of Ireland where this story is said to have originally taken place, and where she now lives.

“Long ago in Ireland, when fairy folk dwelt in the hills, and merfolk swam in the seas, saints and holy men lived in beehive huts dotted along lonely shores,” begins the ancient legend.

The tone has the thoughtful quality of a tale well and often told, giving the legend an in-the-moment immediacy, and the reader the feeling of being told the story, rather than reading it in a book.

Some of those pages are bordered, resembling handwritten illuminated medieval scripts. The artist’s deft use of pencil, watercolor, and digital media capture the monks in their hooded

robes in a palette of earthy browns and rust, the sea gray/blue or rose beige, depending on the time of day. The subdued and muddied tones fit the text, which centers on a group of holy men who find a young boy washed up on the shore “among a circle of seals … wisps of seaweed tangled in his hair, and his eyes closed tight.” As the boy gets back his strength and spends more time outside, the colors of the countryside echo his regained health and shift to clearer greens and blues.

In an early spread of two facing pages, the monks’ tonsured heads bend to the boy asleep in their hut and the “silver ring [that] glistened in his outstretched hand.” They care for Rónán and string his silver ring on a linen cord and fasten it around his neck for safekeeping. They tell him stories about the seal people, the selkies, and the legend of a mermaid who roamed the seas for 300 years. Rónán believes it is this mermaid, the “lady with golden hair,” who sang him to safety and brought him to the monks. 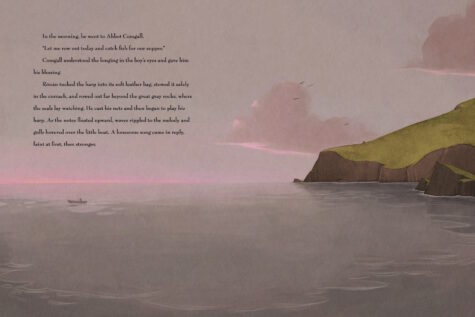 Brother Declan observes Rónán on a hilltop, entranced by the song of a blackbird and sitting for long hours listening to the seals. “And so he gave him the gift of music: a harp he fashioned himself, made from hazel wood and strung with silver.” When he played, “music filled the air, pure and sweet as the peal of crystal bells.” The seals came on the sands to listen, the blackbirds sang in the treetops, but Rónán only wanted the song of the mermaid. Then one night…

I don’t want to spoil the ending, but I will say that music is a key player here, its healing powers and the pleasure it brings, the way it can open our hearts. And I liked coming upon it as a theme in a children’s book. Sing a song with your youngster, or make one up, spread the pleasure.

We need fairy tales and legends today. We need books that take children away from their plugged-in digital world and into their creative minds and the rich world of fancy and possibility. These types of tales also impart real-world lessons wrapped in a story (Ronan works hard till he finds what he is looking for).

Youngsters will learn from this book while they don’t even know they’re learning. There are the merfolk (mermaids and mermen), and the “selkies, seal people who could shed their skins on full-moon nights and take on human shape.” There’s the currach, a Scottish/Irish word for a boat propelled with a paddle, that Rónán rows out to sea.

Though the publisher recommends the book for ages 5 through 8, grades K-3, there is enjoyment here for older children too. You’re never too old for a fairy tale.

And down at the beach some early evening, if you listen closely, you might hear the strings of Rónán’s harp calling to the mermaid. Perhaps on Mermaid Monday.