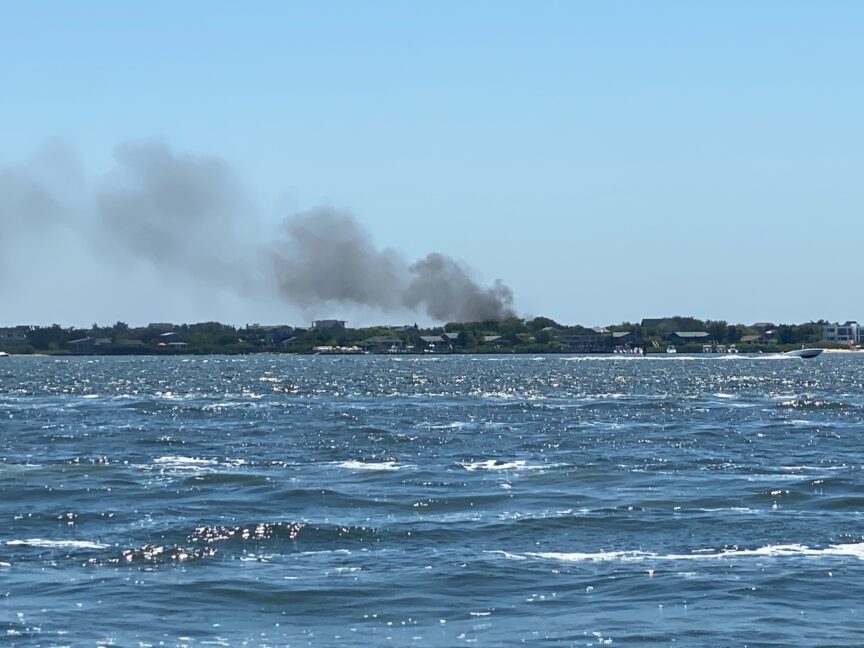 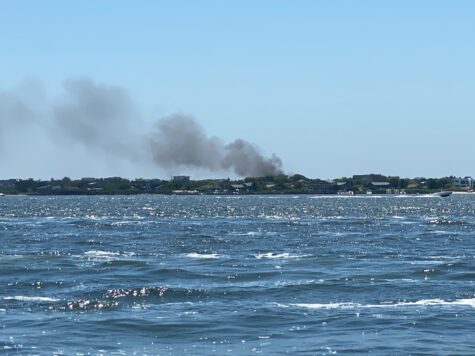 The Dunwood fire as seen across the Great South Bay on Saturday, July 25, 2020. Photo by Lauren Chenault.

A smoky fire visible for miles along the beach, as well on the other side of the bay, broke out on Saturday afternoon, July 25, in the community of Dunewood. Fair Harbor Fire Department Chief Brendan Reynolds confirmed it was a structure fire on Sandpiper Walk that was responded to at approximately 1 p.m. Dunewood is one of the communities under protection of the Fair Harbor Fire District. Kismet, Saltaire Ocean Beach, and Ocean Bay Park were among the neighboring fire departments to lend mutual aid. It took about two hours to contain the fire, according to Reynolds, with no injuries reported.

“We had 87 paramedics on site from various departments to monitor the vitals of our firefighters in that horrible heat,” said Reynolds. “My people looked like they came out of a sauna by the end of it.”

While temperatures were upwards of 90 degrees on that sultry Saturday afternoon, Reynolds still says conditions were fortunate because it was daytime and the fire was reported quickly, which saved the house. The fire is believed to have started in a storage closet or shed where there was a common wall shared with the main part of the residence.

“There is plenty of water and smoke damage but the structure is still sound,” Reynolds added. “With great interdepartmental communication and cooperation we got this one under control quickly.”