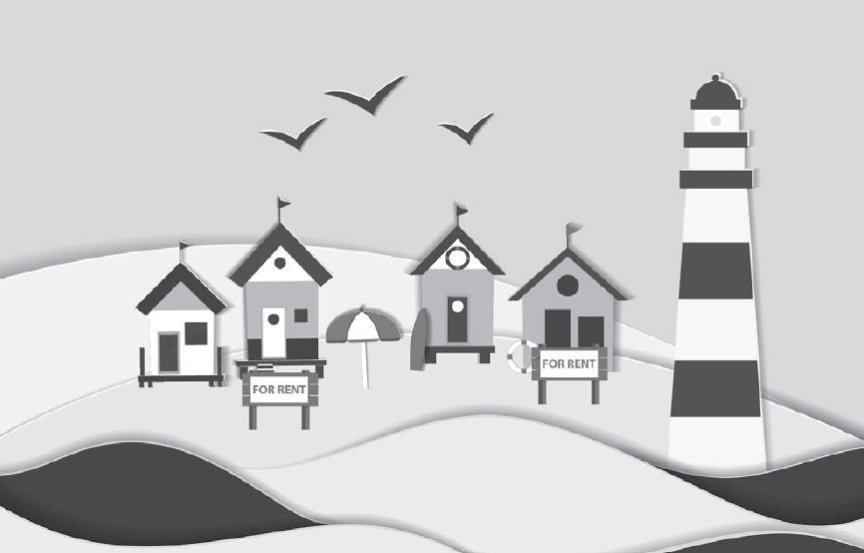 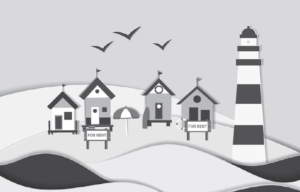 It’s easy to catch a ferry to Fire Island, but leaving is much harder, or so goes the joke about visitors falling in love with the place and making it their home. But for the workers that staff the barrier beach’s various businesses, finding a place to stay even just for the summer isn’t as easy as it used to be.

That’s because the housing stock and rental market have both gone through a sea of change in recent years, shifting options away from the type of seasonal rentals that the island’s employees had rented, to more short-term rentals typically occupied by tourists. Locals say the catalyst was Superstorm Sandy in 2012, which created an opportunity for homeowners to upgrade their houses while repairing flood damage, making their homes more attractive for renters. Further fueling the trend is the increasing ease in renting one’s home online – with the trends combining to remake the fabric of the community.

“I’m sad about how the community has changed so much on Fire Island,” said Tekla Vanderplas, a former year-rounder who used to rent her Ocean Beach home, “The Sundial,” to construction workers in the off-season and waiters in the summer. “Everyone’s … putting up a McMansion and wants to maximize their income by renting it out by the week or the month.”

Online short-term rental services such as AirBNB have been widely reported to be creating a similar squeeze on workers in resort communities nationwide, from quaint mountain ski towns such as Crested Butte, Colorado, to prominent beach hotspots like Miami, Florida. Limited affordable housing is increasingly earmarked for vacationers, forcing local business staffers to make other accommodations. And the workers can’t afford to rent the chic luxury homes up for grabs in such communities.

In Vanderplas’ case, her run of renting to local employees lasted about a decade. She moved back to New York City after Sandy. “The Sundial” – a big, rustic old home that had survived the 1938 hurricane – was bought, raised, and renovated to look like new. Gone are the days of workers from various local businesses, this Fire Island News reporter included, living under one roof, and breaking bread after a long day of work.

“The locals just don’t have it so easy,” said Vanderplas, who preferred not to turn her home into one of the short-stay share houses that get trashed by young party people gone wild.

With houses like hers gone the way of the old-school bungalows that a family or group of workers used to rent for the entire summer, those employed by a Fire Island business had to come up with a Plan B. “Most of my staff commutes, believe it or not,” said Jon Randazzo, who owns The Landing, Castaways Bar and Grill, Baywalk Cafe, The Beachery, and two ice cream shops. “It’s not always the best … if they were here it was kind of easier.”

He is able to put up some of his staff in rooms above his restaurants, but his staff is too big to house them all in such a space. He’s not the only restaurateur to offer a seasonal roof over his workers heads, either. It became even more of a necessity when sometimes cheaper rentals that workers often found in neighboring Ocean Bay Park also dried up.

“It all started after Hurricane Sandy,” he said. “People’s homes got ruined. They got their insurance money, they improved their homes, they rented out their homes. Now they’ve got these beautiful homes because they renovated them, so they realized, ‘Hey, we can get some pretty good money … for weekly or monthly rentals rather than renting for the season!’”

He added that since the houses are nicer, he’s noticed more people are ordering groceries to be delivered from the mainland and cooking at home instead of going to the local market for food or eating out in restaurants. People enjoying spending more time in their homes doesn’t bode well for businesses downtown, but Randazzo, ever the optimist, looks on the bright side.

“All of these things play a part in the changing landscape of Fire Island,” he said. “You have to change some things around, you have to figure out what works. Change is good, but you have to be up with it, otherwise you get left behind.”

And as anyone who’s ever missed the last ferry off the island knows, you don’t want to get left behind unless you have the money to stay.