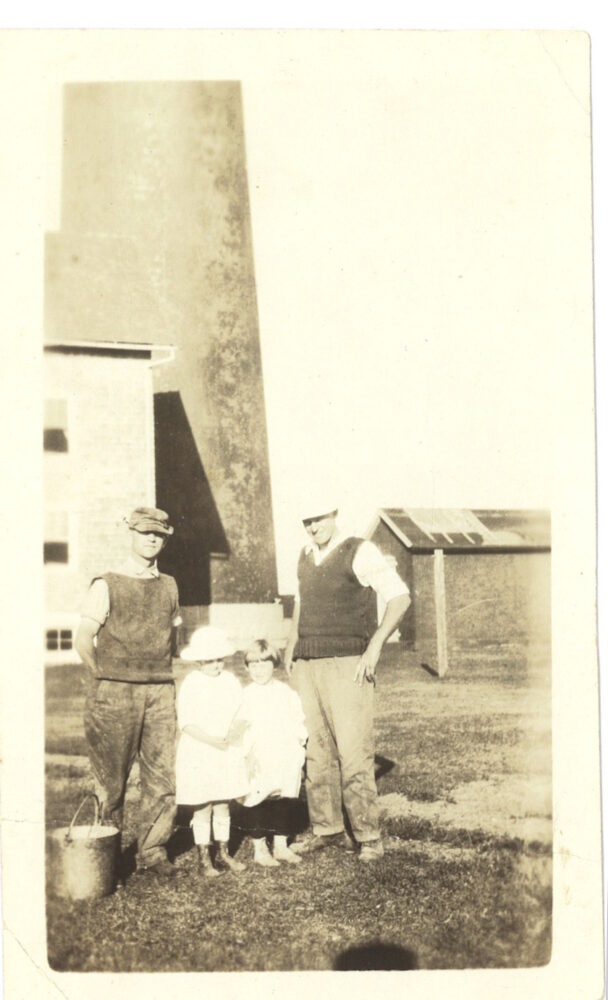 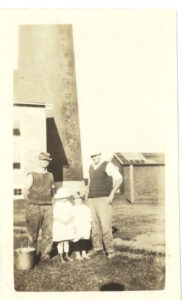 Even back in the mid 19th century something was missing. There was a 67-mile dark void between the Montauk Light and the Fire Island Light. In response to a query from the Lighthouse Board about the efficacy of their lighthouses, C.R. Mumford, commander of the packet-ship “Wisconsin,” wrote the following: “Within the last few years a great number of vessels have been stranded between Montauk Point light and Fire Island light; and in many instances there has been a great loss of life … I would most respectfully suggest that a powerful flashing light be placed on some elevated position about halfway between Montauk and Fire Island lights.”

In response, funds were appropriated for the Great West Bay Lighthouse and 10 acres of land were purchased on Ponquogue Point in the hamlet of Good Ground (as it was called back then), about one mile north of the beach, sand having been deemed too unstable.

Construction began in 1854. The lighthouse itself was a red brick tower, 168 feet high (with 178 steps) requiring 800,000 bricks to complete. Two keeper’s homes were built on either side connected to the tower by covered walkways. On Jan. 1, 1858, the Great West Bay Lighthouse was lit and that something that was missing was missing no more – but only temporarily as it turned out. The lighthouse station was more than just bricks and mortar. It was alive with families. The first keeper was named Charles A. Conley and his salary was $500 dollars a year. Over the years there were 15 head keepers, 15 first assistant keepers, and 17 second assistant keepers, most from long-established local families, many with children. 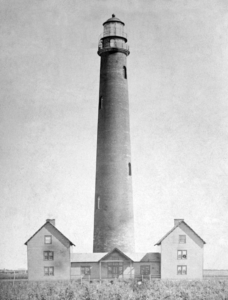 One of those children, Hope Penny, would dash all the way up those 178 steps into the loving arms of her father, Waldo Penny, the keeper, whenever she got in trouble with her mother. Lucy and Alice Thomas, two young daughters of another keeper of the light, sent $2 to Bishop Manning for construction of the Cathedral of St. John the Divine in NYC, in which they wrote: “I am sending one dollar from my sister and one dollar from myself for completing the cathedral. We live at a lighthouse. My father is one of the keepers. We hope the cathedral will be a great light to all people who visit it, as our light here is to the ships at sea.”

This same Alice Thomas kept a memoir of a typical day at the lighthouse. “Work for the keepers was never ending. Each morning at 8 a.m., the three keepers assembled in the hallway and preceded up the tower, usually carrying a scuttle of coal, a 5-gallon can of kerosene or other supplies. The ‘light’ was a lantern fueled by kerosene, and the wick had to be trimmed and bottom filled [with fuel]. All glass and brass in the lantern room was polished daily.”

Unfortunately, something else was missing way back in the mid 1800s, this time with deadly consequences. There were no Notices to Mariners back then to warn sailors of changes to navigational aids. In late February 1858, the 203-foot, three-masted “John Milton” was ending a 15-month voyage unaware of the new lighthouse. Its captain mistook the Shinnecock Light for the Montauk Light, turned north and ran aground. All 33 aboard perished.

Changes continued over the years. The name of the lighthouse was changed to the Shinnecock Lighthouse in 1893, and the name Good Ground was changed to Hampton Bays in 1922. Numerous bird strikes required window replacements. (Edible fowl were harvested for dinner.) An oil house was added in 1890. In 1907, fuel for the light was changed from oil to oil vapor, which tripled its luminescence. In 1915, the light characteristic was changed from a fixed white light to three white flashes every sevenand- a-half seconds.

And then in 1931, a red skeleton tower affixed with an electric light was erected on the beach near the Shinnecock Inlet to replace the original lighthouse. On Aug. 1, just after sunrise, the Shinnecock Lighthouse light was extinguished for the last time and the station was abandoned.

It showed its pedigree, ironically, when the 1938 hurricane destroyed that red skeleton tower while the Shinnecock Lighthouse stood tall and proud – but empty. 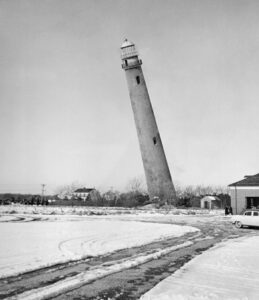 From 1931 until 1948, it stood neglected and forsaken, jilted by time. The Coast Guard offered to lease the light station to the Town of Southampton for $1 a year, but the town refused. Local residents had the building inspected and it was found to be “safe and stable,” but funds were lacking for its salvation.

Three days before Christmas in 1948, demolition of the Shinnecock Lighthouse began. Bricks were removed from a section of the base of the tower and replaced with heavy timbers that were doused with gasoline and set afire. Shinnecock Lighthouse was lit one last time. As the timbers burned away, the tower began to lean and then crashed onto the good ground with a dull thump heard miles away. It littered the earth with its 800,000 bricks.

A local newspaper reported the event as follows: “There were tears in the eyes of many old timers who stood watching the old landmark pass away, powerless to save the old building. We did our best to save it, but in vain. Thus passes a landmark that will be missed by thousands ashore and by those who still used the old Ponquogue Lighthouse as a guide to bring them safely to land from the sea.”

And remained missing until, finally, on July 7, 2012, a historical marker was unveiled near where the lighthouse once stood. Richard Casabianca, whose great-grandfather, Waldo Penny, had been one of the keepers of the light, was instrumental in erecting the marker. Casabianca remarked that the loss of the lighthouse was “final, hurtful and wasteful. Imagine how our lives might be enriched if it were still standing.” 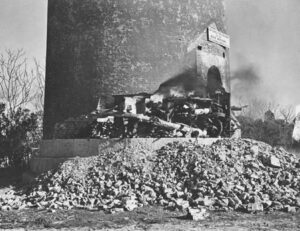 He later added that the loss is “an ambiguous loss … leaving people shaking their heads in resignation and grief for decades, even by those who weren’t there or even alive at the time. In other words, you can’t quite get rid of something that isn’t here anymore … Take the long view that such sites and structures matter … Don’t let politics, budgets, or fashion, or people in power right now, determine the death of anything so significant to past and future.”

There may now be a historic marker in place of the old Shinnecock Lighthouse, but something is still missing.

I would like to thank the following people for providing me information necessary for writing this article: Eric Jay Dolin, Tom Perrin, Ken Mades, and, most especially, Richard Casabianca.