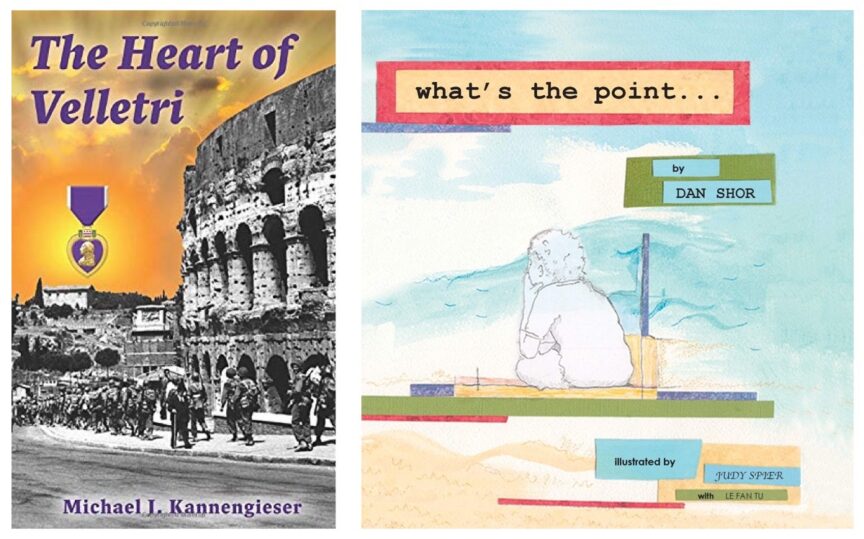 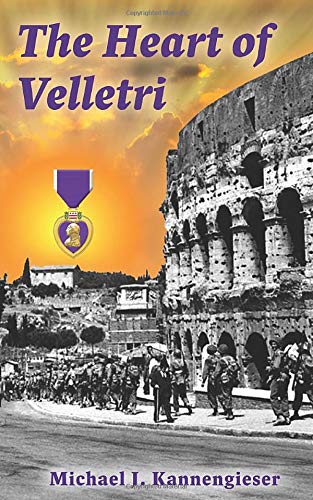 Long Island native and author Michael Kannengieser has made it his “lifelong investigative quest” to discover how his father Gene was wounded, left for dead and survived the battle of Velletri (an Italian town outside of Rome) during WW II. “The Heart of Velletri” is a novelized version of that wartime experience.
Michael tries to measure up to his adored father by being a better parent and husband. Yet, “despite his best efforts,” he has been uninvolved in his daughter’s upbringing, and has more than coveted his best friend’s wife.
There are battle scenes aplenty and enough artillery and gunfire to satisfy any soldier’s heart, but when it comes to personal encounters between characters, the author’s aim falls short of the mark.
Though the rest of his family is aware of Gene’s combat experience, it is kept secret from Michael, the youngest of three children. Perhaps to protect him? The author does not say.
Michael finds a hidden notebook of his father’s: “My sweaty fingers flipped through the pages. This was more information in my shaky hands than I had ever gleaned from my father in almost eighteen years.” Later that night, he takes the book from the cubby, hides under his blanket, and with penlight in teeth, reads the entire text.
It is not until the end of the book, when Gene is hospitalized and near death, that he tells Michael his wartime story. Watching news footage on TV during the Iraq War with his son, Gene laments that “our government won’t let them fight like they’re supposed to,” but because he doesn’t say how they are supposed to fight, the reader is left wondering what the father is thinking.
Michael’s thoughts are clear though. His father is a war hero. He deserves the Purple Heart he earned in battle. It takes some time and dogged research, but Michael sees to it that his father receives his military honor before he dies.
Gene Koenigsmann (his name in the book) was a veteran of the finest order, who earned his son’s admiration and, this reader’s as well. 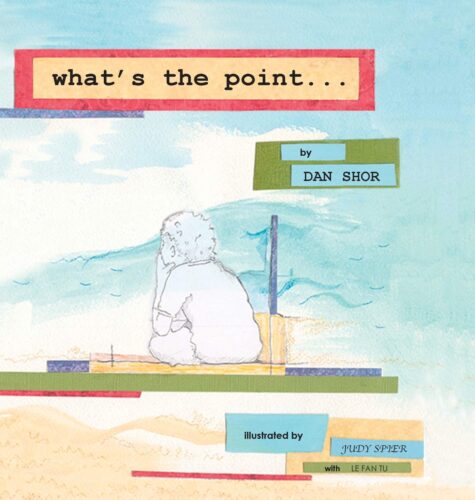 What’s the point…
by Dan Shor
Illustrated by Judy Speir with LeFanTu
Children’s Fiction- 6 and up
Xlibris $16.64

Actor, writer and director Dan Shor has turned his creative talents to a book “for children and their adults.” A lifelong resident of Seaview (D Street to be exact), it is no surprise that Shor has set his story on the beach. A story born when a 6-year-old “in the throes of an existential loss exclaimed to his mom … ‘What’s the Point? …”’
Noted filmmaker Judy Spier, with graphic designer LeFan Tu, do a fine job of capturing the boy’s changing moods with their sketches, an art form known for its of-the-moment immediacy. Translucent watercolors in gold, olive, pink and berry impart a sense of calm to the text.
The book’s square pages show a young boy digging in the summer sand “using more muscles than muscles demand … burrowing further and burrowing deep.” The mother, outside of the frame, enjoys as her son builds a castle and moat “with shovel, with shoulders, with cupped, bended hand.” Our young sand sculptor labors the day through, only to have his creation demolished by a wave that crashes “like ear drums popping … or an earth smashing space meteor.” All his efforts washed out to sea, the boy sits there in shock, “still as his castle.” No thoughts come to him “…the time stopped ticking.”
“What, darling, try,” says his mother, aiming to elicit a verbal response from her “sweet, sacred boy.” All the child can muster is “Why? What’s the point? … What’s the point of living when death will soon call?” (Pretty heavy-thinking for a 6-year-old, I’d say.)
And the mother, though she agrees that there is struggling and suffering in life posits that we must “celebrate all we enjoy / though tides of the moment can build or destroy / we respect all that’s sorrow, but remember the joy.” She encourages her son to build a new castle and name it “Believe.” A good lesson for a child of any age who is faced with defeat despite his or her best effort.
Shor dedicates the book to “anyone who has loved and lost and learned to love again.”
It’s my guess there are many such folks among us.

Both titles are available on Amazon.