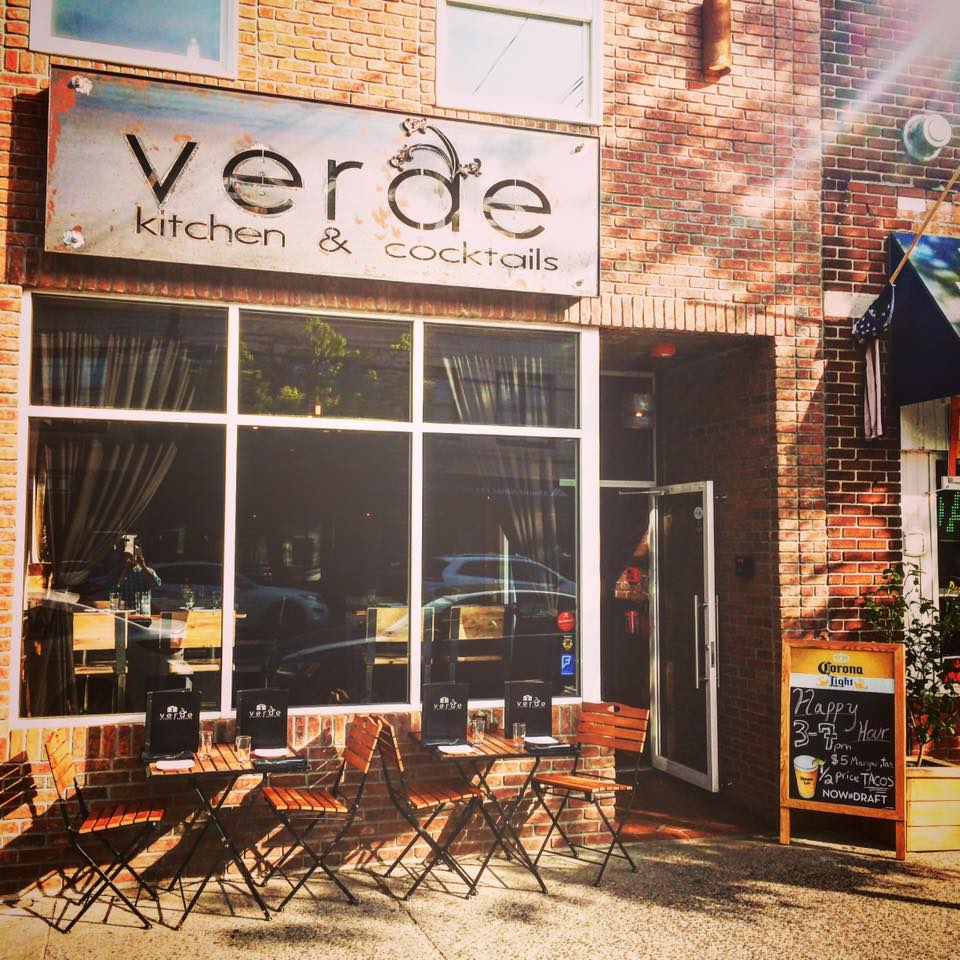 IN THE RUSTIC DINING ROOM doubling as a greenhouse at Verde, an upscale casual Mexican restaurant in downtown Bay Shore, the chef picks herbs, peppers and garnishes growing within arms-length of patrons. The food’s that fresh. In fact, the restaurant’s commitment to using only the freshest ingredients is matched only by the authenticity of the cuisine they serve, inspired by the owners’ trips to the Mexican state of Oaxaca.

After a recent visit, my wife and I vowed to return for another taste of the best tacos we’ve ever had, which is neither an exaggeration nor a small feat for these two taco enthusiasts.

“We like everything fresh, we don’t have freezers,” said Anthony Tartaglia, who co-owns Verde with his brother, Andrew. “We [get] deliveries every day. We cook it, we make it, we sell it and we do it all over again the next day.”

The name, Verde, which is Spanish for green, is a reference to their greenhouse as well as the fact that the restaurant was built using recycled materials. The menu changes seasonally.

The brothers were previous partners in Housers Bar in Ocean Beach, and have had a house in the village for nearly two decades. They opened Verde two years ago on Main Street, only four blocks from the Fire Island Ferries terminal. Judging by the reggae piped into Verde, they brought the vibe with them across the bay.

For starters, we dipped our tortillas in the guacamole trio, which includes hearty dollops of their mouth- watering traditional guac, as well as of their refreshing primavera-style guac with spring vegetables, mint and tarragon. Rounding out the trio was the star of the guac show, dubbed rojas, flavored with roasted poblano, pome- granate seeds, pepitas and almonds. We also warmed up with the superb Chicharon, the house-made crispy pork rinds sprinkled with lime, cilantro and Valentina hot sauce.

Although our personable and attentive waiter, Devon, suggested the Mexico City Street Tacos were small enough to be appetizers, this reporter ordered four to make them a meal. First up was the popular Carnitas ($8 for two, $12 for three), made with roasted pork shoulder and pork belly, coriander, cumin, salsa verde and salsa arbol, but Devon sold me on upgrading to the daily taco special. That day it was the surf and turf taco: Carnitas with scallops.

The flavors took me back to a meal I’d been longing to recreate since my Honduran broth- er-in-law first introduced me to authentic Latin American food as a teen- ager. What these tacos lacked in size they more than made up for in flavor. Each was a meaty mouthful, spicy but not too spicy.

Our eyes also rolled back as we sunk our teeth into the Camarones, stuffed with Guajillo and grape- fruit marinated shrimp, cabbage, crema and pineapple cucumber salsa. My only regret is that I didn’t skip lunch to make enough room to try the other five types of tacos on the menu. All are served on freshly made corn masa with chopped onion, cilantro, radish and lime.

For her entree, the wife shared the Pollo Mole Negro, a roasted chicken breast, chicken flauta, toasted garlic rice, sautéed kale on a bed of Mole Negro. That last ingredient is an Oaxaca-style sauce that is made with nearly 30 ingredients itself. Like the tacos, the meal was phenomenal—involuntarily mouth wateringly delicious. As a side, we shared the Mexican Street Corn. These were a world away from Long Island sweet corn. The three pieces of corn on the cob were covered in Cotija cheese, chile, lime, Negro Modelo and mustard aioli.

Somehow after one of our best meals in recent memory, we made room for dessert. We shared the Toasted Coconut Tres Leches Cake, with toasted almond, shaved chocolate and dulce de leche, which is as amazing as it sounds. We also split the Warm House Made Dough- nuts with passion fruit curd, coconut crème anglaise, whipped cream and coconut sugar, which, while excellent, were what Americans would call doughnut holes, not doughnuts.

Whether dining al fresco on the sidewalk out front on a beautiful summer day, enjoying a night out with friends at the bar that boasts the most extensive tequila menu on LI or breaking bread with family or a date in the dimly lit greenhouse, Verde is what it’s like dining in greener pastures. 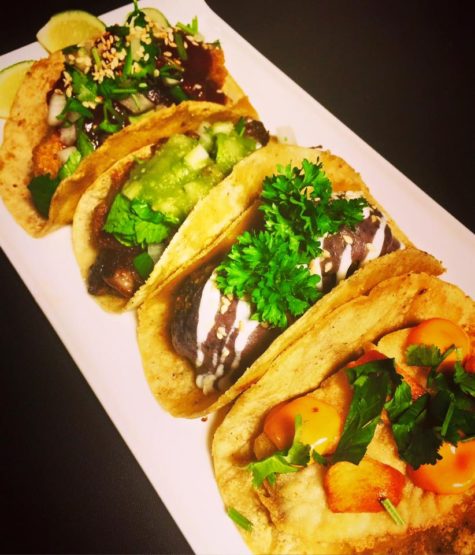 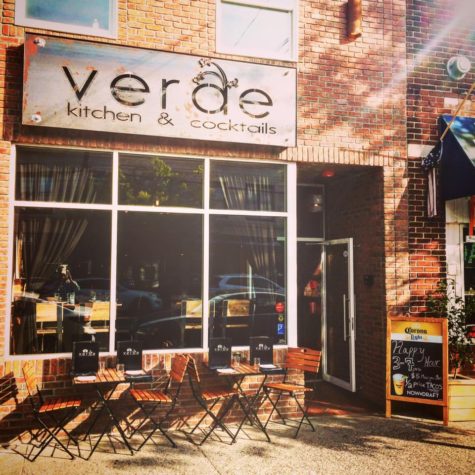