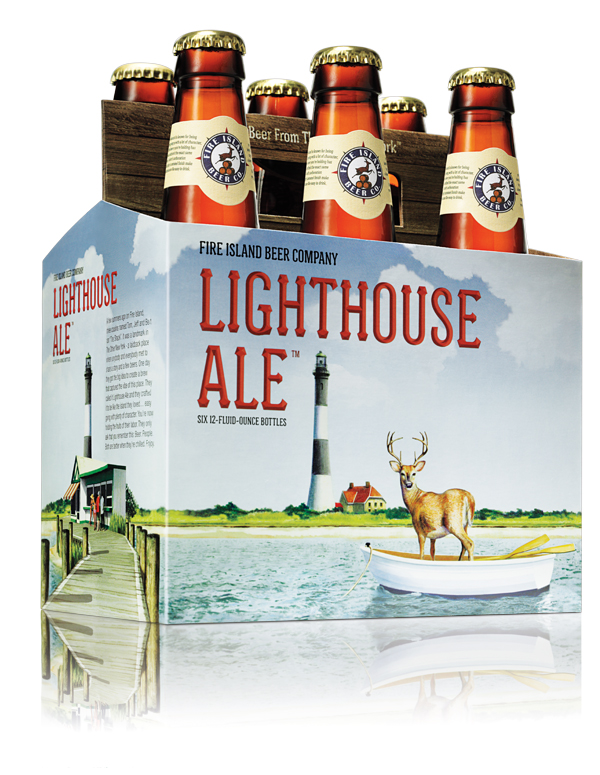 Fire Island Beer Co. was going to finally open a tasting room last year, a decade after its successful launch tapped regional pride – but then the brewery surprisingly went out of business instead.

What exactly led to the company’s demise is unclear, as those involved remain tight lipped. But regardless of what happened, fans remain heartbroken that they’ll no longer find its beer flowing from replica Fire Island Lighthouse tap handles at local pubs or in six packs in area stores.

“It was kind of a shock that they closed up so soon before they were scheduled to open,” said Bernie Kilkelly, the publisher of Long Island Beer Guide. “I think the beer had a good following and people were looking forward to having the tasting room open and having a place to go and enjoy the beers.”

The brewery is the first of more than 40 craft breweries on Long Island to go out of business since the local microbrewery boom took off over the last decade. It’s the latest in a long line of products named for the barrier island to become but a memory.

Brothers Tom and Bert Fernandez founded the company with their cousin, Jeff Glassman, in 2009, after the trio’s first beer – what later became their flagship brew, Lighthouse Ale – was well received at The Shack in Atlantique, the lone restaurant in the community where their family has a home.

They came out of the gate strong. At the company’s launch party at Houser’s in Ocean Beach, Glassman told the News that “our branding is resonating well” and they had “a good amount of traction” with the sales team having a 90 percent success rate on their first week.

“Their ambitious business model aims to eventually open a restaurant and bar on FI,” the News reported at the time.

Of course, as anyone familiar with the nature of business and bureaucracy on FI knows, opening a restaurant on this strip of sand is easier said than done.

At first, Fire Island Beer contracted other breweries to make their brews, which is not uncommon in the industry. Their distribution deal with Manhattan Beer Distributors got their suds sold across the New York Metro area. They made do without a brick-and-mortar brewery of their own, churning out new beers such as Red Wagon IPA, Driftwood Lager, Pumpkin Barrel Ale, and Frozen Tale Ale.

Recognizable for its quirky logo depicting a deer jumping over three wooden casks, Fire Island beers were also known for their labels adorned with anecdotes that aimed to impart beachy wisdom about proper relaxation. It referred to Fire Island as “the other New York.”

After a few years, the company was acquired by Latis Imports, which then sold majority ownership to Connecticut- based brewery consultant Simon Leonard in 2014, with co-founder Bert Fernandez retaining a minority stake. Although Leonard is from a different island – the United Kingdom – the brewery appeared to be in good hands, as he brewed up well-liked new beers for the brand, such as Sea Salt Ale and Sunken Ferry Stout.

Fernandez then brokered a deal in 2016 to have the company open a tasting room and brewing operation in extra space at Great South Bay Brewery, a leading local craft brewery in Bay Shore. Two breweries named for South Shore natural gems sharing one space seemed like a perfect fit. Fire Island Beer’s brewery was up and running and the tasting room was scheduled to open last fall.

“We’re excited about being able to play around in there and experiment with new styles and seasonal beers,” Fernandez told the Long Island Press last summer.

Then, without notice, the party was over. The beer company dried up. And nobody will say why.

Fernandez acknowledged that he left the company over a disagreement but declined to comment for this story. His brother and cousin did not return calls for comment. Leonard could not be reached, but on his LinkedIn page, he indicates his ownership of the company ceased in August 2018. The brewery’s phone number is disconnected, its emails go unanswered, and it’s listed as “permanently closed” in Google searches.

Those tap handles and any six packs still on shelves at local beer distributors are now collector’s items. Red Wagon IPA tap handles are now going for up to $43 on eBay. Further solidifying the company’s status as a spector, an upstart called Ghost Brewing Company is taking over the space Fire Island Beer Co. occupied at Great South Bay Brewery.

Clues for what may be the disagreement that sunk the company were found in beer industry trade publications.

“I was thinking about opening a brewpub in Connecticut,” Leonard told Yankee Brew News shortly after he took over. “But Bert has always wanted to open a physical location on the South Shore, like Patchogue or Bay Shore.”

He reiterated his Connecticut brewpub idea in an interview with The Brew Enthusiast. No question as to why a brewery named for an island in New York would open a brewpub in Connecticut appears in either story.